Since the beginning of 2013, I have been sharing updates of the highs & lows of our daily lives with “crests & crashes.”  The meaning behind it?  Waverly’s name, of course.
(I can be pretty clever, at times.)
I normally do them at the end of the week, but I wanted to start off this week a few instead.  It was one of those rare weekends that we didn’t have anything monumental planned, but that ended up being really special & memorable.  To me, those are the best.  So really, the entire weekend was a crest.
We decided to take Waverly Maye to meet the Easter bunny at the mall.  She was not even a bit shy, and sat right in his lap without even a peep (no pun intended).  It was the perfect start to our 2013 Easter season, as I have already planned for two more meetings with different Easter bunnies in our area.  Don’t judge – I can’t help myself.  I really want to soak up every celebatory moment of the holidays with her. 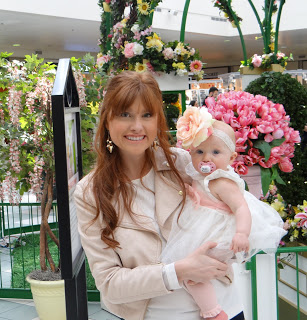 The only crash of the Easter bunny experience?  That they would not allow us to take pictures and instead wanted us to pay $60.00 for their photo package.  However, we were able to sneak in a couple … thanks to my talented hubby and a major zoom lens on my Canon Power Shot camera.
And that I would classify as a crest. 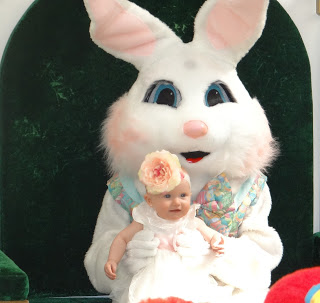 Another total crest?  The fact that the weather is finally warming up.  I am totally over what feels like the longest & coldest winter of my life and SO ready for spring.  We took advantage of some mild temperatures and went for a family hike.  Waverly Maye LOVES being outside, which is again, a crest because so do we. 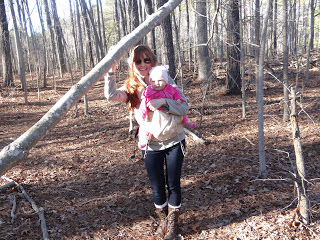 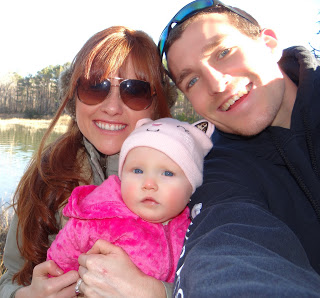 After all of our Saturday fun, the night brought us perhaps the BEST crest EVER.  Waverly Maye slept through the entire night.  It’s true.  I’m almost too nervous to write it, and furthermore, to include that it also happened last night.  So I won’t expand on the details, but will just say that I really did forget how rejuvenated you can feel after sleeping for eight hours.  In a row.
Sunday was again, a crest, as it was spent with this little (well-rested) cutie.   All day long, no interuptions.  Perfection. 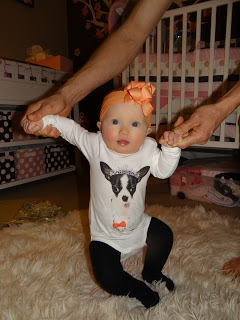 So it’s back to reality today.   A reality that started with a bit of a crash.  Thanks to the time change, I was driving to work in what felt like the middle of the night.  But it’s only five more days to another weekend … and that, friends, is certainly a crest.