One of my goals for the start of the school year was to give Waverly’s closet and dresser a much needed clean-out and update.  She had a ton of clothes in there that she had outgrown, along with a lot of summer stuff that I knew wouldn’t be appropriate for school — and that I also knew she would try to wear, so I was basically just avoiding some wardrobe battles and saving some of my sanity.  So far it’s going really well, and I love this new corner of her room!

We decided to replace a huge armoire we previously had in her room with a smaller dresser, because it just seemed more functional and it allowed for more space in the middle of the room to her to play.  This room always seems to be where the girls want to spend most of their time, and we also plan to move Avalon in here when we move her out of her crib and into a big girl bed.  You know, when she is eight. 😉

We were going to buy a new dresser, then changed our minds and were going to buy an old one and refinish it, and then changed our minds again when we decided to use my husband’s sister’s dresser from when she was little, and refinished that.  The dresser was originally white, so after sanding it my husband painted it grey (and actually just used old paint we had left from painting Avalon’s nursery a few years ago), then replaced the knobs with pink ones we found at Hobby Lobby.  I actually love the final product so much more than if we had bought a new one, it has history and meaning behind it, and brings some sweet character to her room. 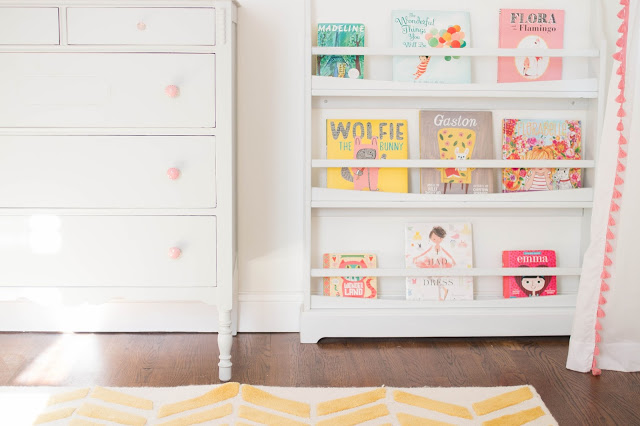 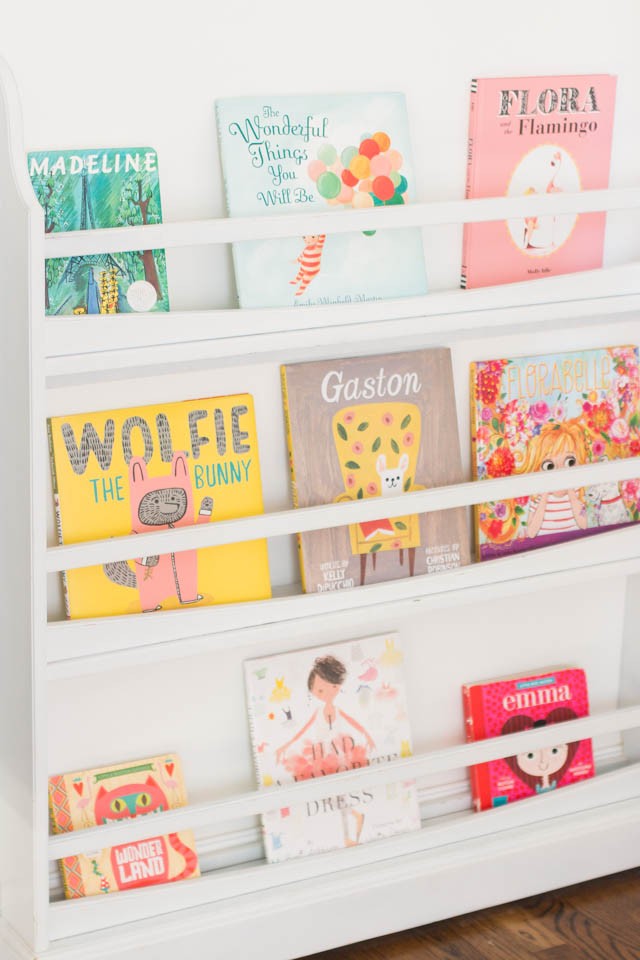 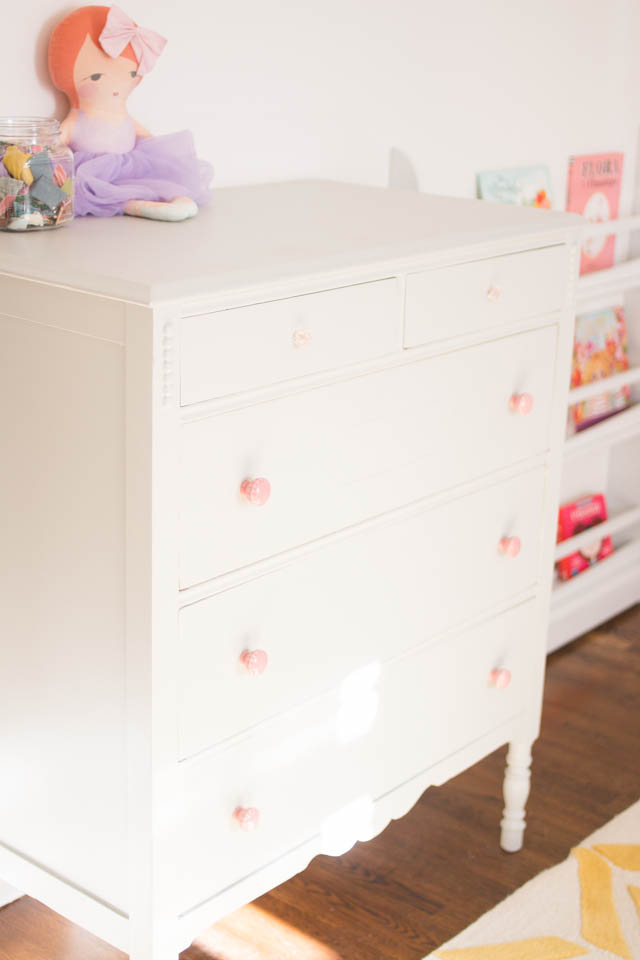