I am sure that for many of you, two inches of snow would hardly be something even worth mentioning.  You wouldn’t have gotten off work for two days, you wouldn’t have been advised to go to the grocery store to stock up, & for sure, your entire city wouldn’t have shut down.  Yet for us, it does & it did.  Literally, the bottom of the TV screen scrolled … Virginia Beach:  Closed.

In VB, even the sight of a flurry is a really, really big deal. 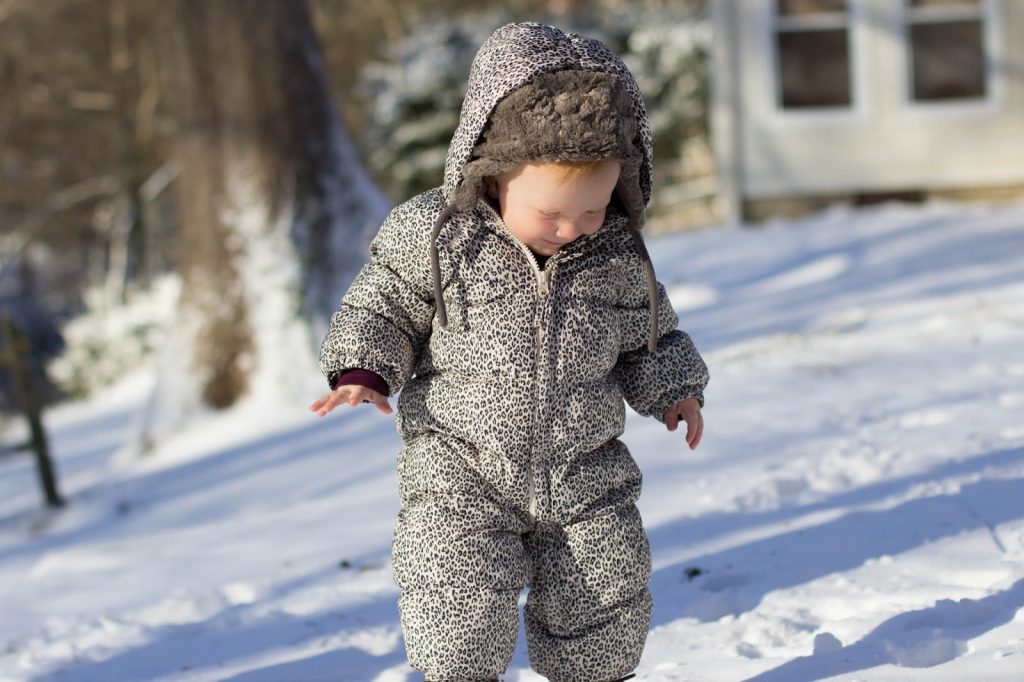 I’m going to go ahead & refer to this as Waverly’s first snow, it snowed a few flurries last year but she was six months old & we literally sat her on top of it as she stared.
I’ll admit that also during that “slight snowfall” last year, I pulled over on the interstate in a complete panic over driving in it with Waverly in the car.  There was maybe one flurry on the ground & yes, I was that idiot sitting with my baby in the backseat on the side of the road, on the phone with my husband, dad AND brother begging them to come save us.  They didn’t & instead insisted I act like a grown-up mom & drive home. I did, we made it. 🙂
This year, we definitely stayed home.  There was tons of white stuff for us to look at, put our hands in, & of course to play in like we were little kids again.  With our favorite little kid. 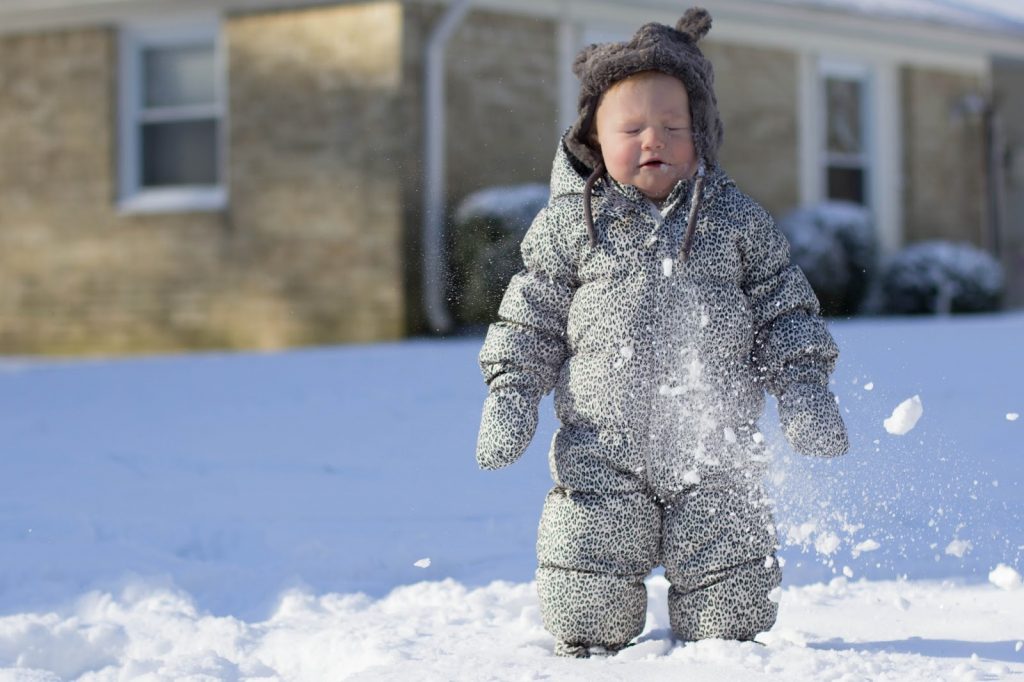 At first, Waverly really wasn’t into it AT ALL.  I was so excited for her to see it that I attempted to take her out before she ate her favorite waffles & strawberries, which was a total fail.  This little lady doesn’t function without eating.  Even if there is a blanket of snow, food is way more important to her & I totally don’t blame her.
By our second trip out though, she loved, LOVED it, was in awe, & had an absolute blast. 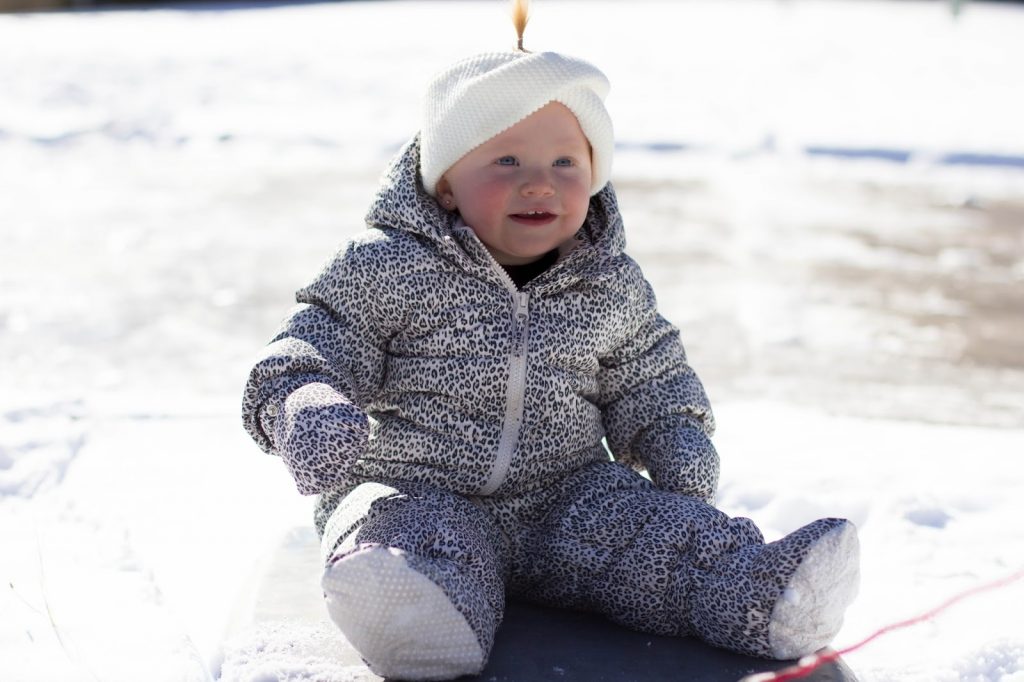 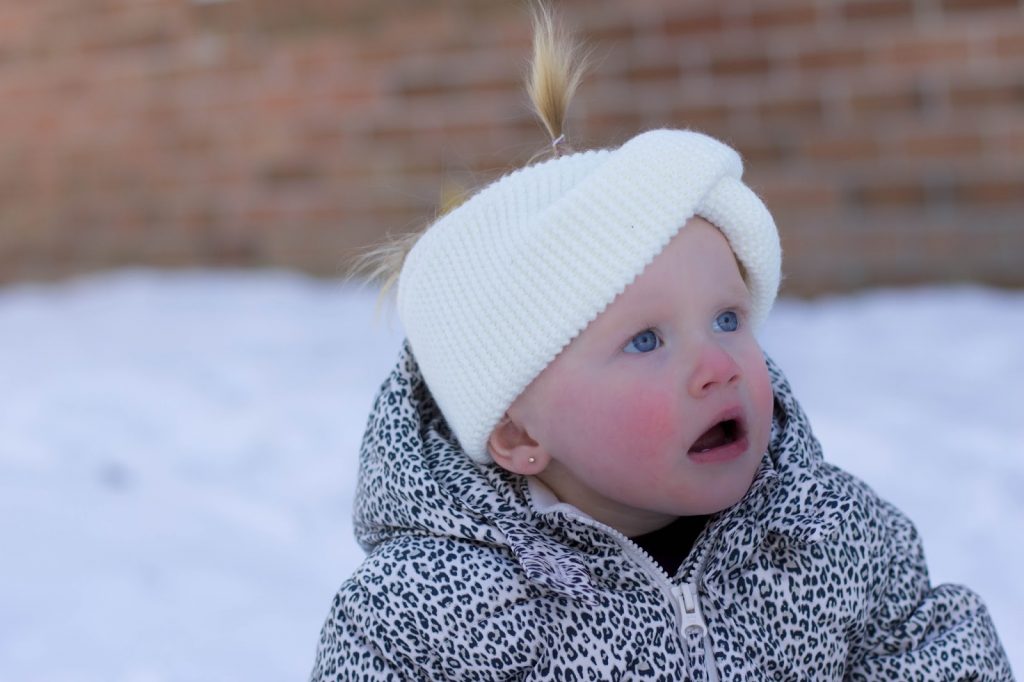 We brought out my husband’s bodyboard & took her sledding around the yard.  It was absolutely one of those “little things” moments that I know I won’t ever forget.  Have I mentioned that having kids makes everything so much better?!  It was the best & so much fun. 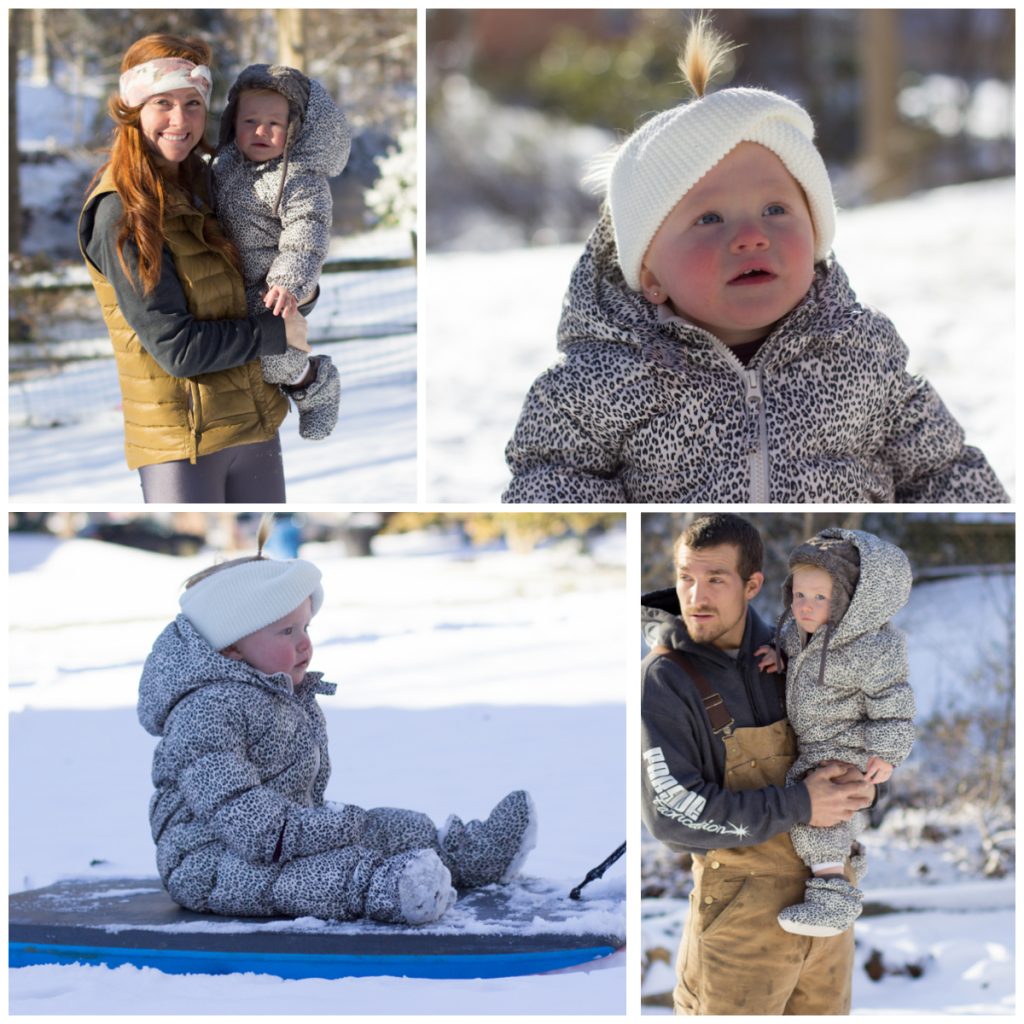 The next day, school was still closed so I got to enjoy one more day as a SAHM. 🙂  We bundled up our snow bunny once more, good thing we got lots of “winter gear” just in case it snowed this year.
﻿﻿ 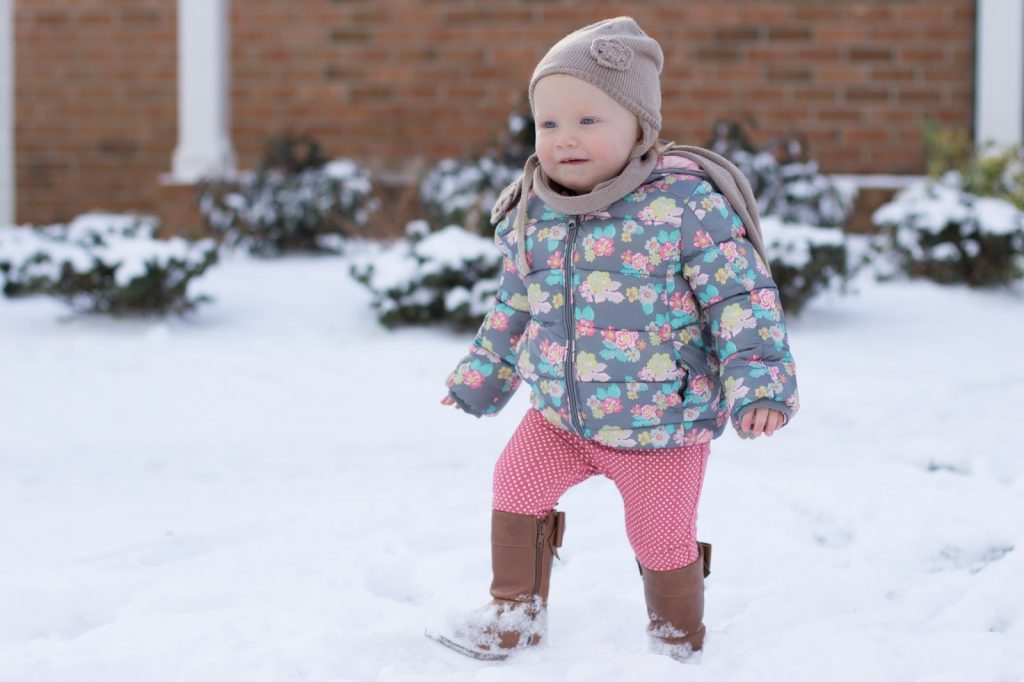 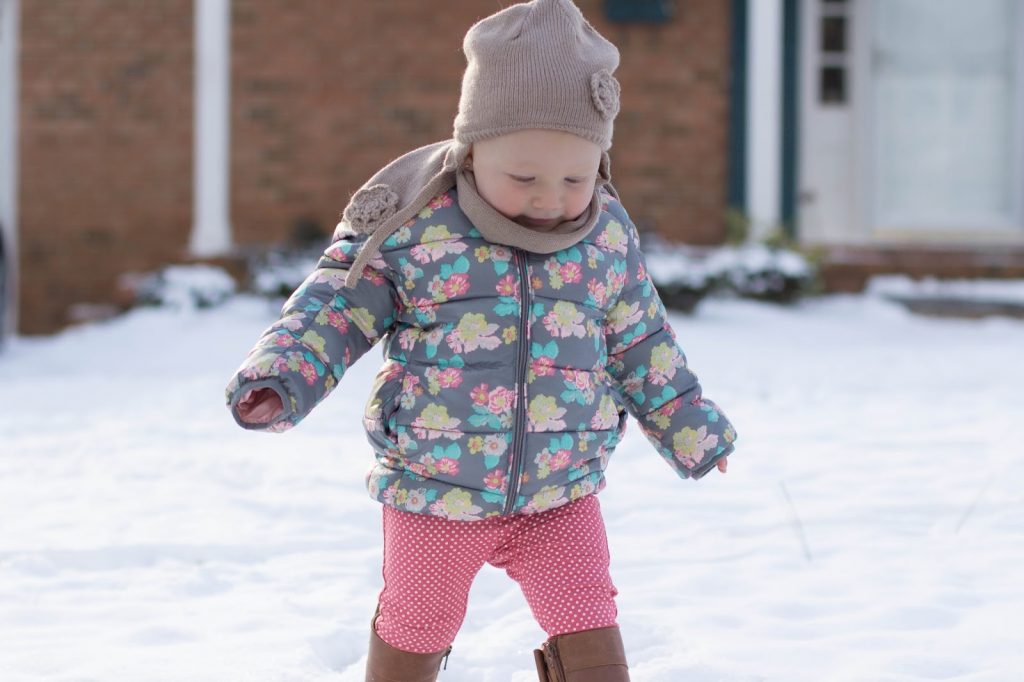 ﻿﻿﻿﻿﻿﻿﻿﻿As for now, it has been so freezing that we still have flurries on the ground & they are calling for a second even bigger snowstorm this week.  Am I allowed to say that we are over it & would like to request spring instead?!  I mean, we saw it, conquered it, had the best time, would like it to happen once again NEXT year… but really, we are warm weather girls. 🙂

Don’t forget to link-up tomorrow for “It’s the Little Things”.  See this post for details, we will be posting that morning & you will be able to link-up at that time.  Thanks again for your support!!!
XOXO