Well it’s official, Waverly turned 23 months a few days ago which means, she is less than one month to TWO!!  I’ve promised my crazy self to not do monthly updates after two, but will obviously still do them every once in a while & continue to talk about her all of the time (that’s what moms do, right?!).  I really am so glad that I have done these since Waverly was born, they really are so fun to look back on & will also be very helpful in the future. 🙂

Stats:  We will find out Waverly’s height & weight at her two year appointment next month, she is wearing mostly 18-24 month old clothes so she seems about average, just still a little shorter than the other kids her age.  Both her hair & eyes are lighter than ever, and my favorite, she is started to get a few freckles (I call them angel kisses) around her nose.  We think she looks like both of us, although her daddy’s baby pictures are strikingly similar to her (I think she gets her wild ways from him, too). 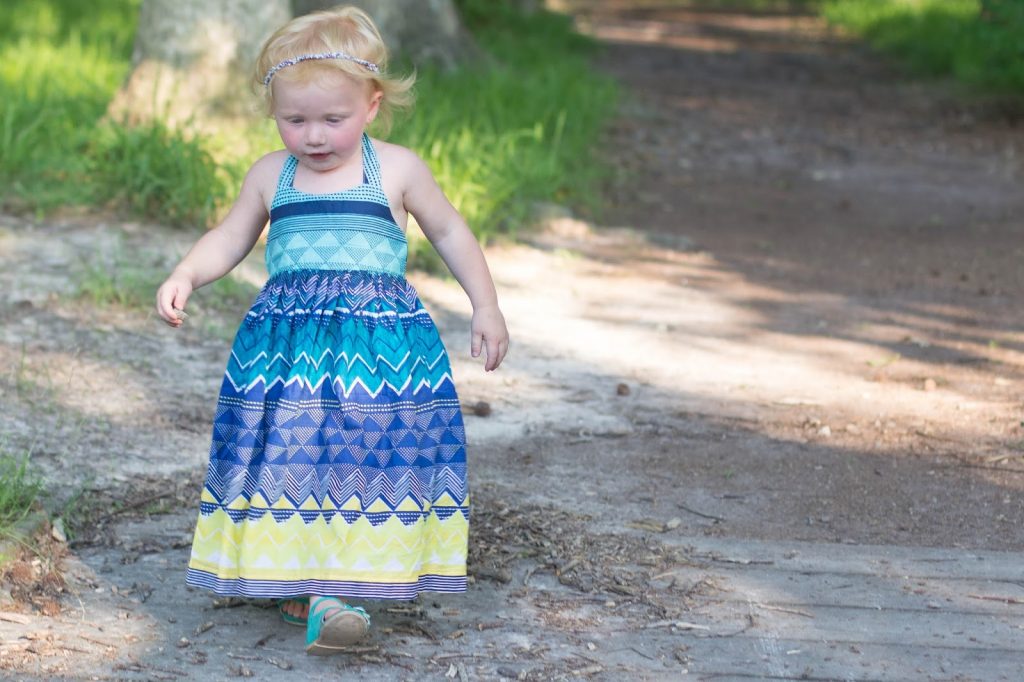 Favorite Words & Phrases:  Her vocabulary might just be the most entertaining thing about her right now, I am obsessed with her language & listening to what she comes up with.  It’s phrases & sentences all of the time, most of them we can understand & some we just pretend to (because she gets really, really offended if we don’t).  Some of my favorites are “hold you”, which is to let me know she wants me to hold her, & “love you”, a recent new phrase that melts my heart oh so much! 🙂  She says “I said … ” all of the time now, with her sweetness comes a very sassy side that we see often.  A couple new moves (both of which I hope she will do forever), she yells “hooray” & throws her hands up in the air.  Also, when you say “Waverly, are you excited?”, she scrunches her nose up & closes her eyes with the silliest smile.  I have no idea where she learned it from but it’s quite possibly the cutest thing I have ever seen.
Truly, there isn’t much she can’t say & we have officially decided that it only takes one time for her to hear something to know it & know it well.  Something that can be exciting & very scary, all at the same time. 😉 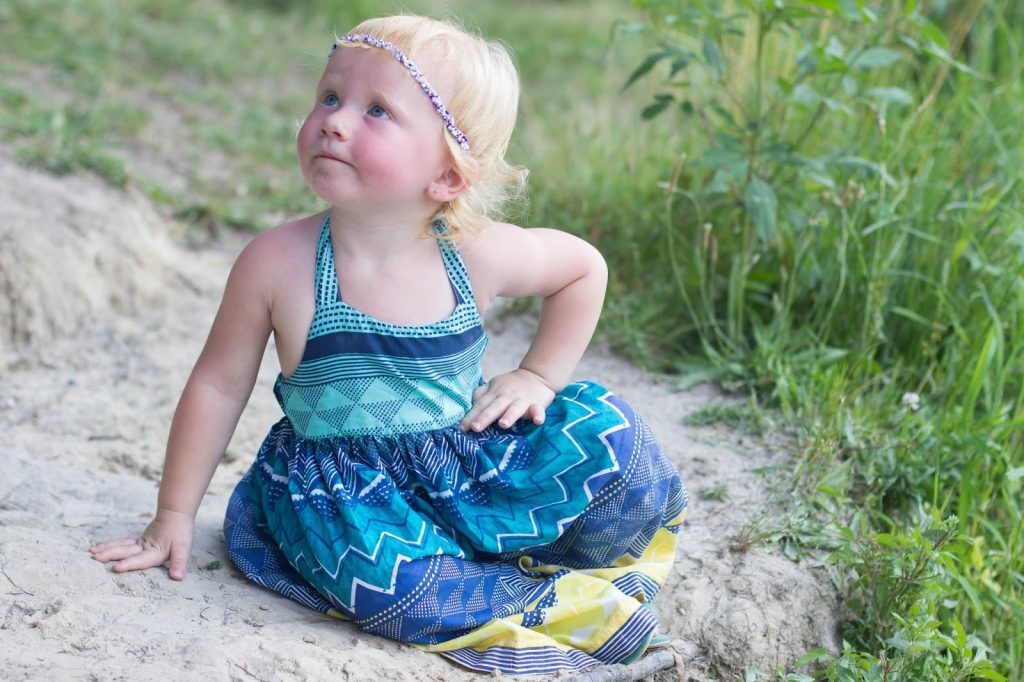 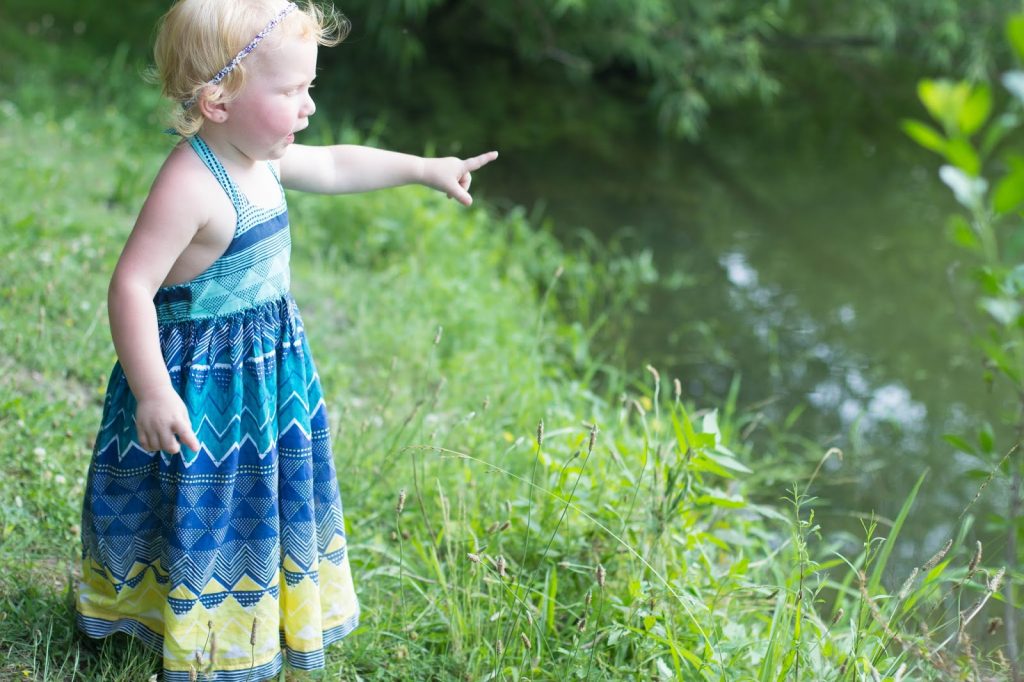 Other Milestones:  Waverly can count from 1-10, although she has no interest in 5, 6, or 7 so she skips those each time. 🙂  She can do a forward roll like a boss, she busts it out often but especially during the first few moments someone new comes over (she likes to perform for them, obviously).  She continues to be really, really interested in reading & in books, she loves to “read” each morning for at least thirty minutes & can even identify some of the titles of them now.
I don’t think you consider this a milestone, but Waverly has learned to take off her diaper & really, really likes to practice her new skill.  We are still working on potty training (slowly but surely), I took this as yet another sign she was ready but we definitely aren’t there yet.  In the meantime, we have made the mistake of putting her in nightgowns a couple nights for bed (they are so damn cute), just to go get her the next morning to a scene of a bare-butt baby & … I’ll let you figure out the rest.  Yep, more than once.  Parents of the year. 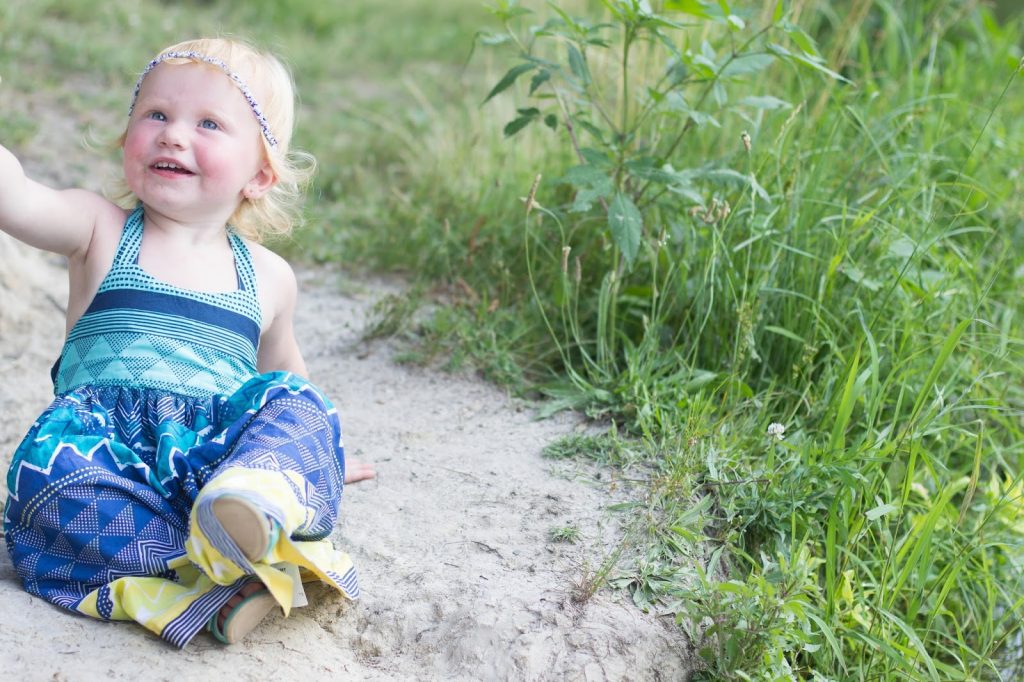 Favorite (& Least Favorite) Activities:  Anything to do with water, all of the time!  When we aren’t at the waterpark, the beach or the pool, she wants to be outside with the hose or her baby pool.  She also loves to go on walks still, especially at night with daddy to go “throw rocks” at the end of the street.
As ironic as it is (since it has to do with water), Waverly recently decided she didn’t love the bath anymore. Thankfully, my husband had the genius idea to bring her “friends” (Elmo, Big Bird, Cookie figurines) into the bath & now, she loves it.  We literally wash each one of them & its totally a packed tub, but it works.  And we are all about what works.
Favorite Things:  Nothing much has changed here, she loves her babies, her shoes (& anyone else’s shoes), & jewelry.  I know these aren’t things, but she is more obsessed than ever with all of our family members, we spend a lot of the day repeating their names & looking at pictures (I made her an album).  She loves them all so much & it’s the sweetest. 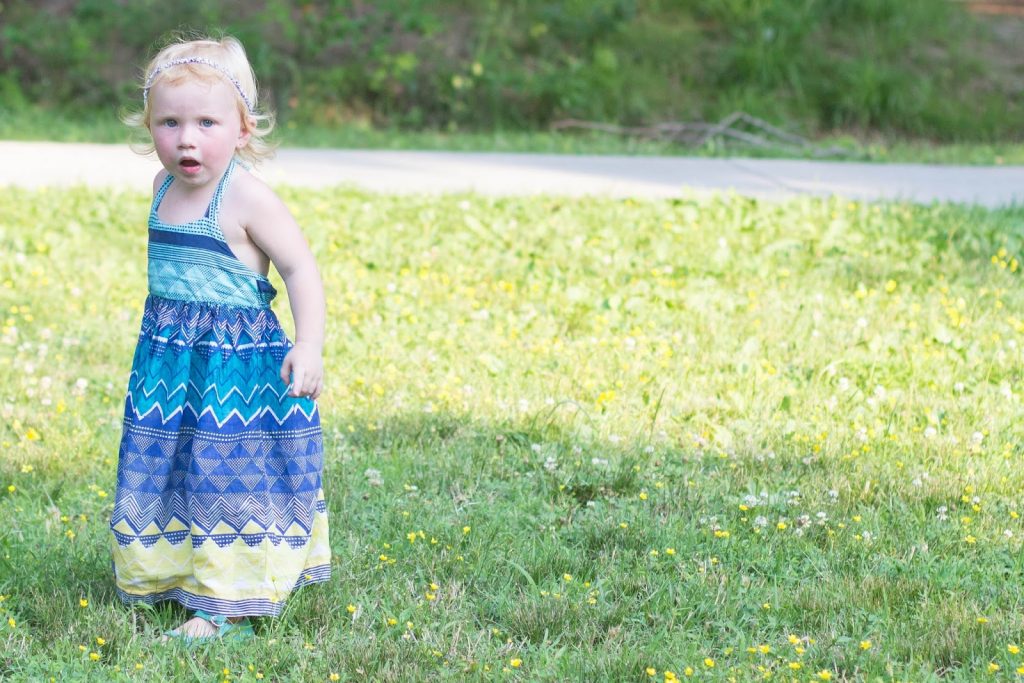 You know I like to keep it real, this can be a hard age.  Waverly loves to push limits & is one determined fierce little lady.  Disciplining can be scary & emotionally exhausting, I feel like I am always second-guessing what I am doing.  Yet at the same time, this is one of our favorite ages, too! 🙂  Watching Waverly as her own independent, strong little lady is so rewarding, she really amazes us more all of the time.  There isn’t a day that I don’t feel beyond lucky to call her ours, I wake up each morning so excited to see what she will say & do next.  I just love her so much.
We hope you all had the best weekend, FOUR more days until the FOURth!
XO