Our Remie Rue is SIX MONTHS OLD!!!  And a little over a week. 🙂  Posting late this time around, she has been sick with her 154th cold already and has not been herself, but we are finally on the mend and so happy about it! 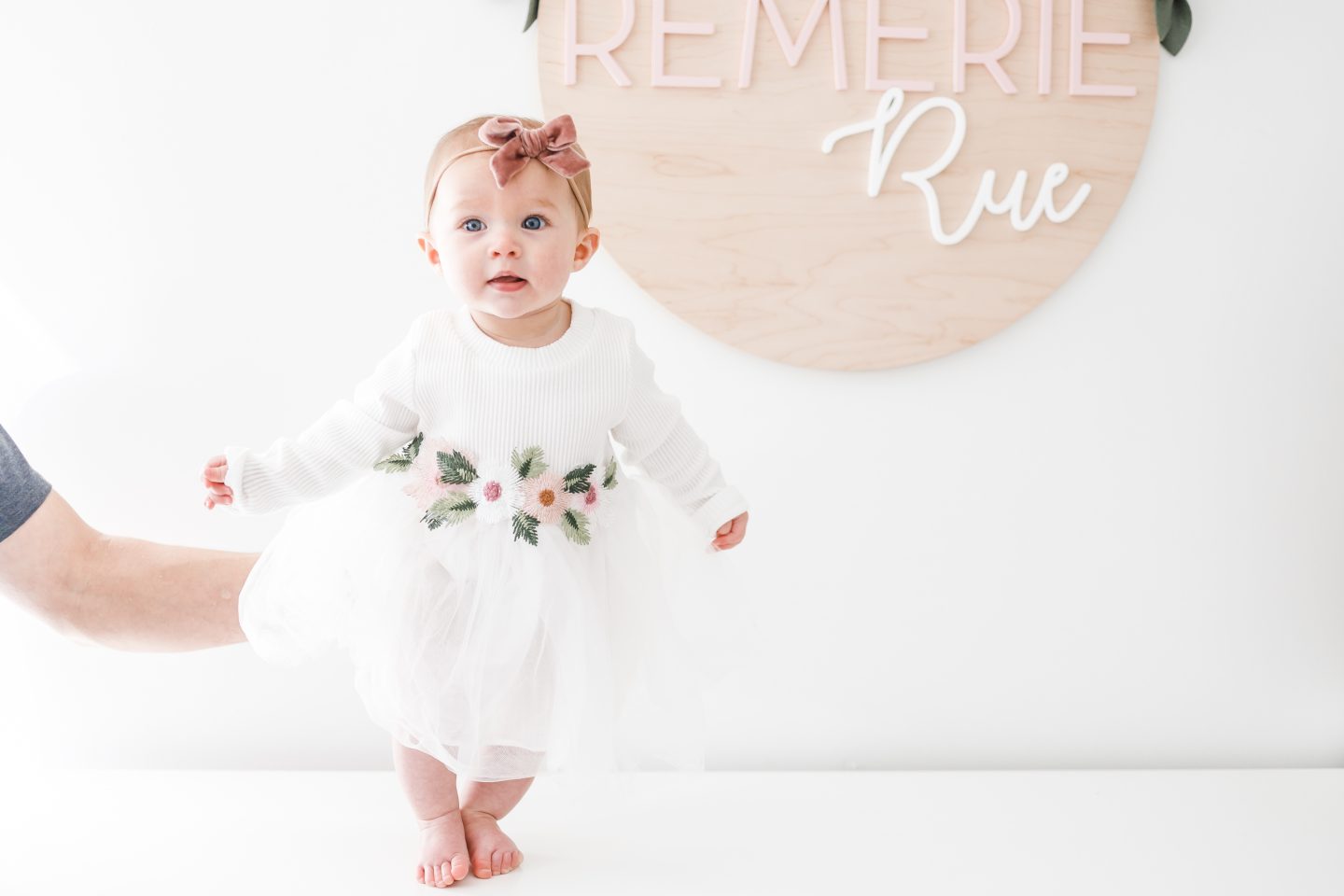 Six months, always one of my favorite ages + we are loving it this time around too.  Remie girl is so much fun these days, into EVERYTHING and sitting up all on her own!  She is rocking back + forth on her belly, acting like she could crawl any minute (and able to scoot across the floor), this seems way earlier than both Waverly + Avalon but I guess that’s just how the third kid rolls.  She is always wanting to be in the mix with them and wants to be as close to them as possible, she just wants to keep up!  I of course want her to stay my baby forever, but also love thinking about the three of them doing all the things together and I am excited to see her be able to play with them more + more.

She still loves bath time, being held, and is constantly sucking on the same two fingers on her left hand (and it’s still the cutest thing ever!).  She LOVES rice cereal or oatmeal, it’s by far her favorite food, we have tried to give her all sorts of veggies + fruits but at least for now, she isn’t a fan of any of them. I also am still breastfeeding and pumping, along with supplementing about one bottle of formula a day, we decided to do this after she measured pretty small at her last well check-up.  Sleep is hit or miss, we had a string of rough nights when she was sick and she is not the best napper in the world, but usually is a really good nighttime sleeper and is already getting back there now that she is feeling better.  She also makes up for her lacks of naps by looking so freaking adorable when she does — she either cuddles up in the ball on her belly (like Avalon used to do!), sucks on her two little fingers, or puts her hands above her head in the sweetest little pose.

She is so happy, such a little sweetheart, and has this new smile with her little lips turned under that is just about the cutest thing ever.  She still has the most hair of all the girls at this age, it’s definitely lightening up though and I think it will even more as the weather warms up.  Her eyes are so blue, just like her big sisters, and she also is small for her age like they have always been too.  All these months later and I still cannot believe she is real and here and ours, that we are a family of five or that we have three little girls.  I am just so thankful. 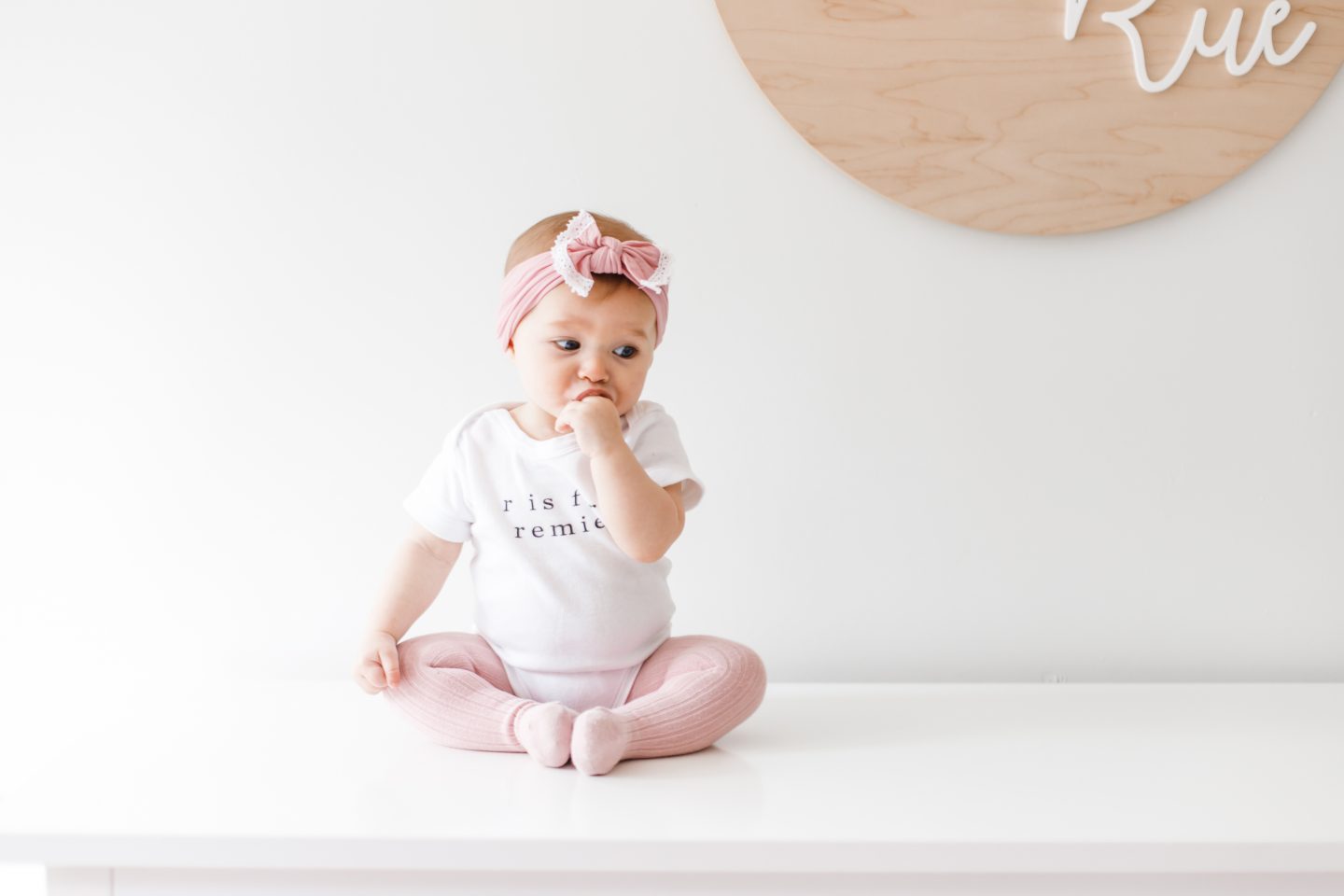 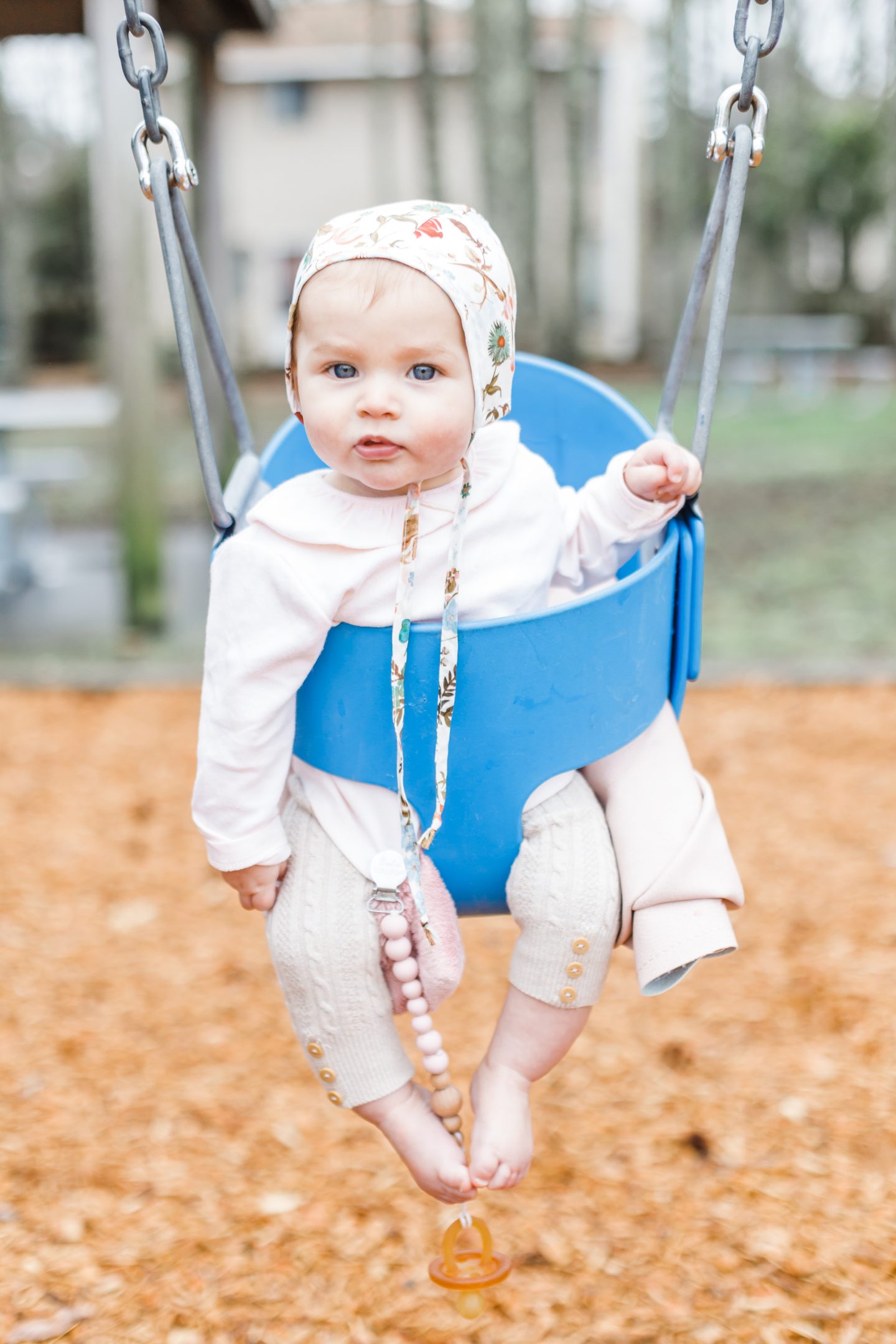 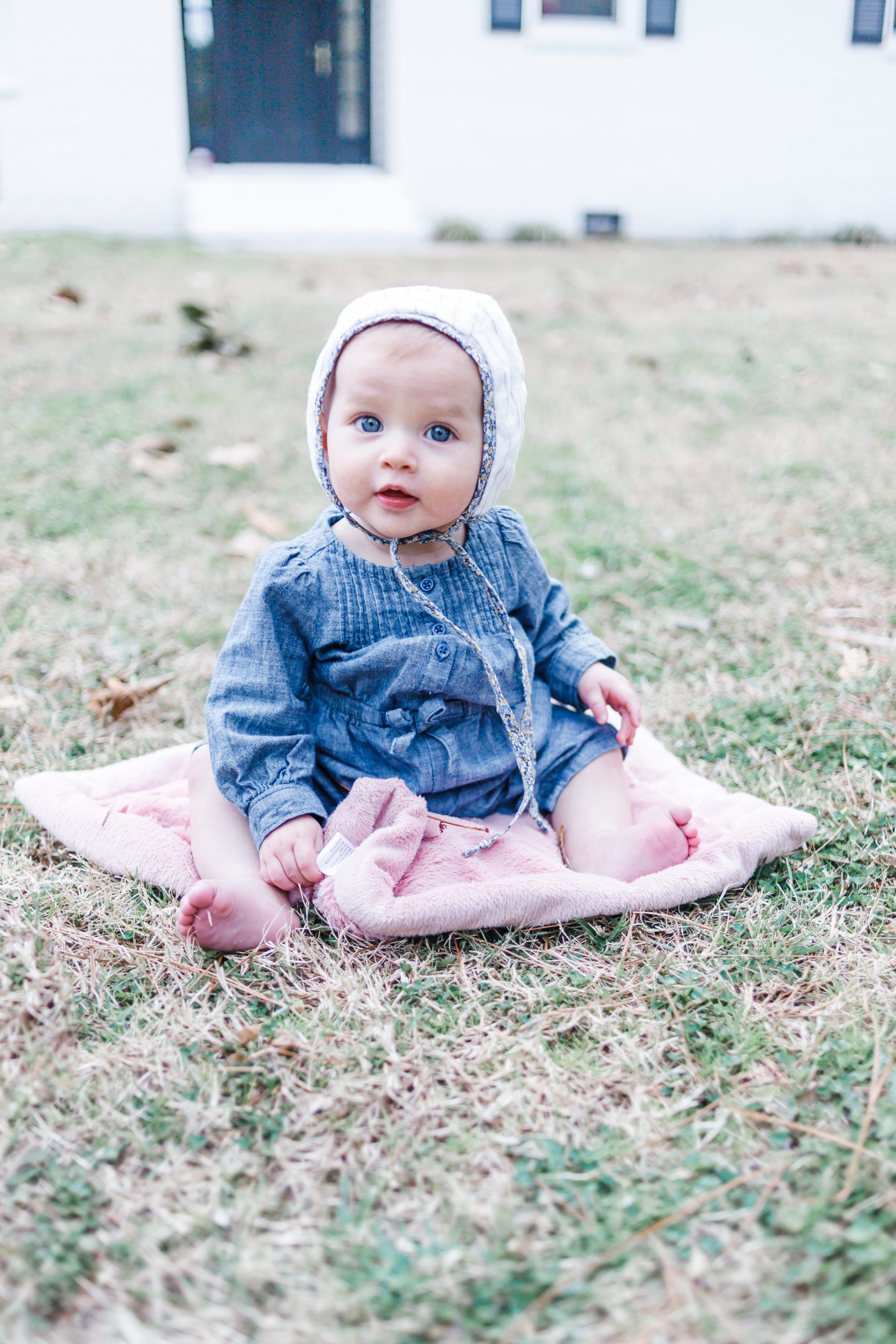 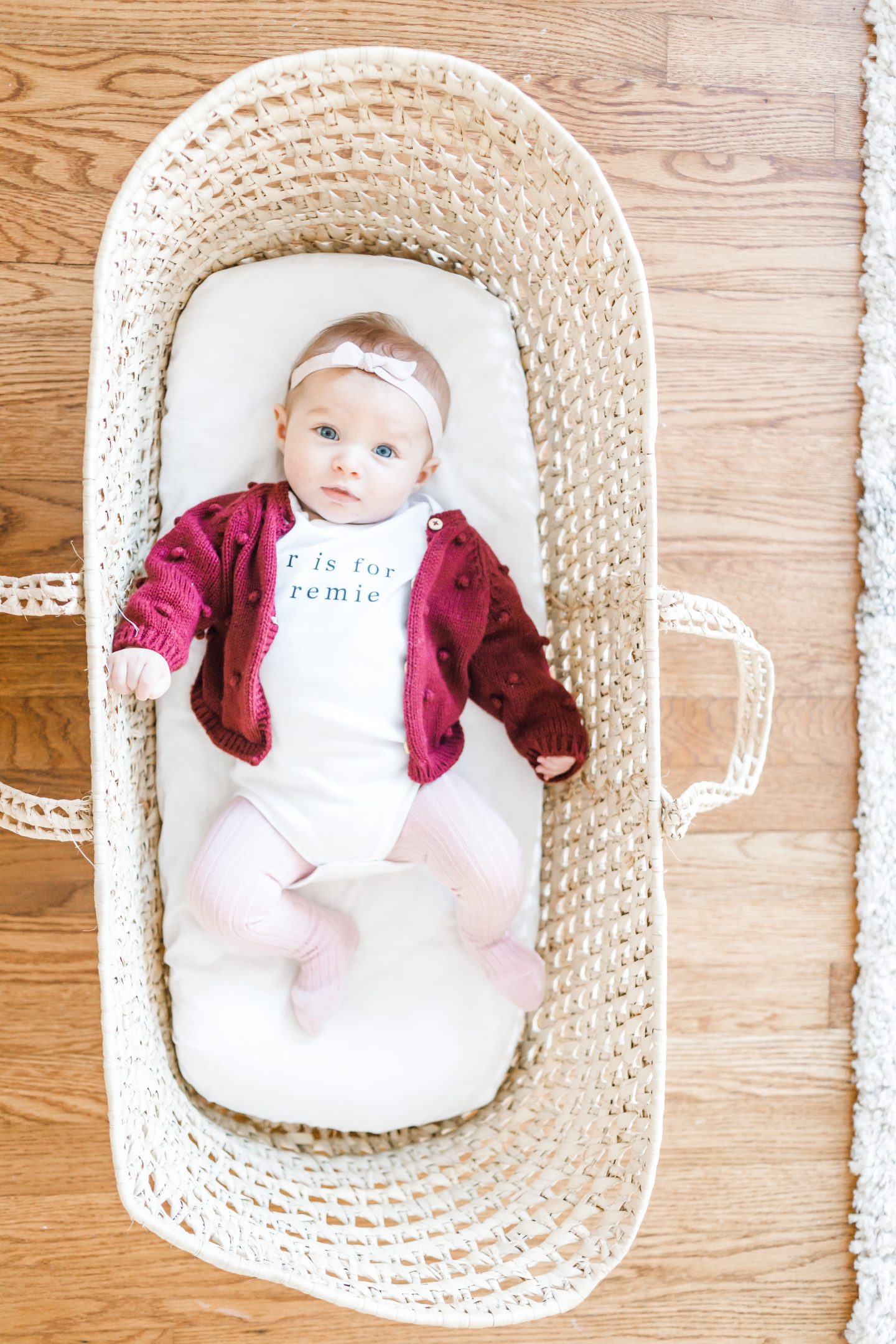 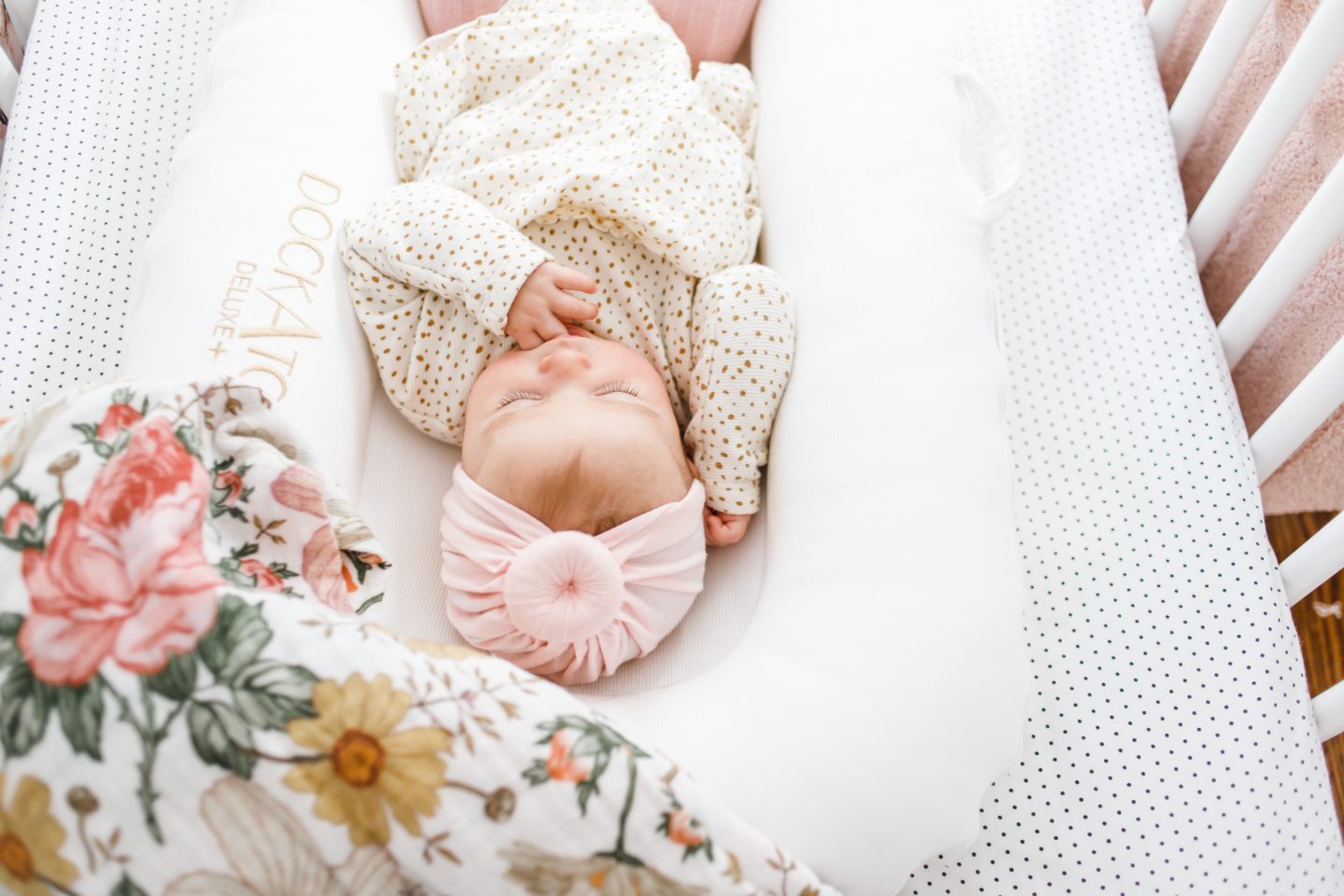 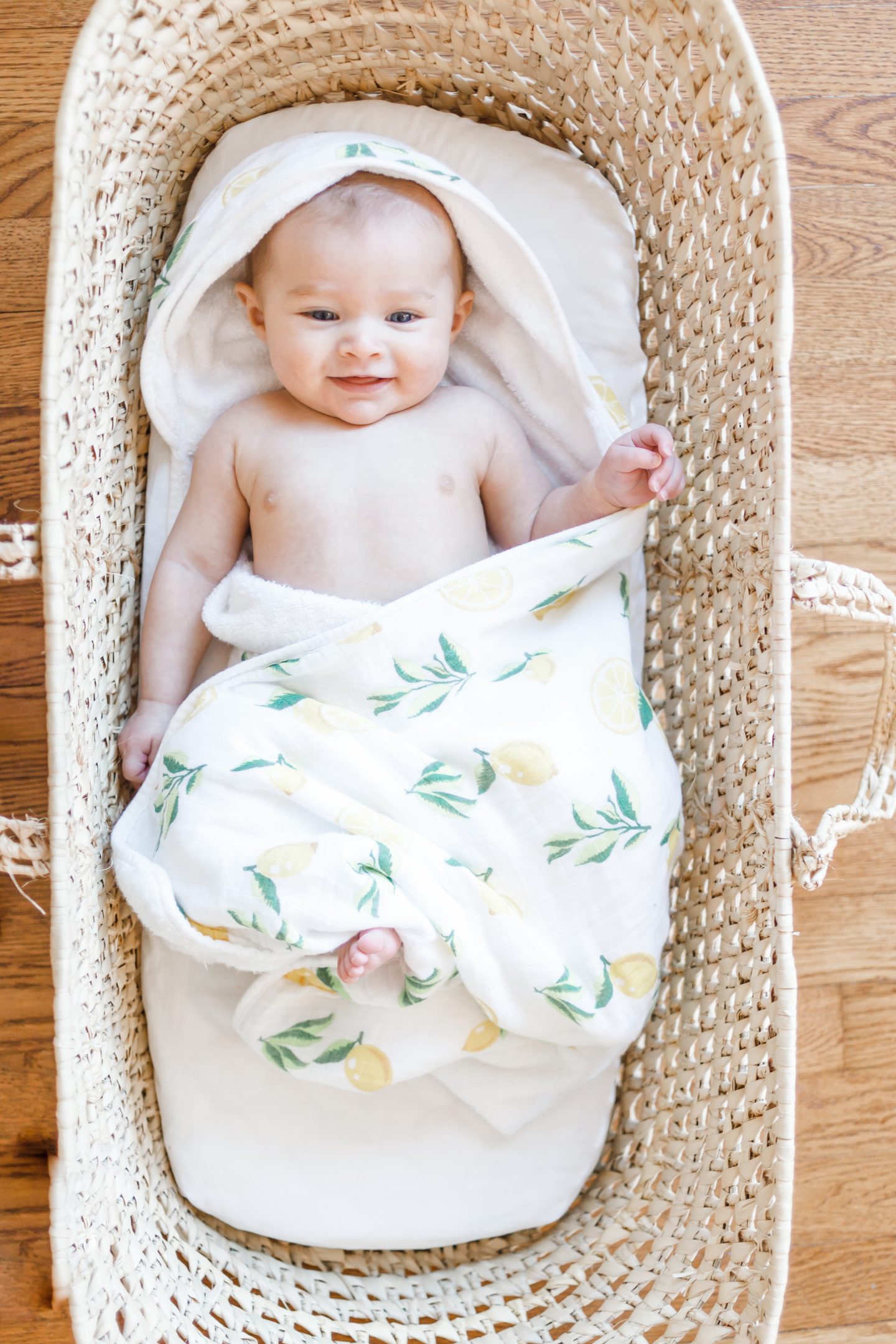 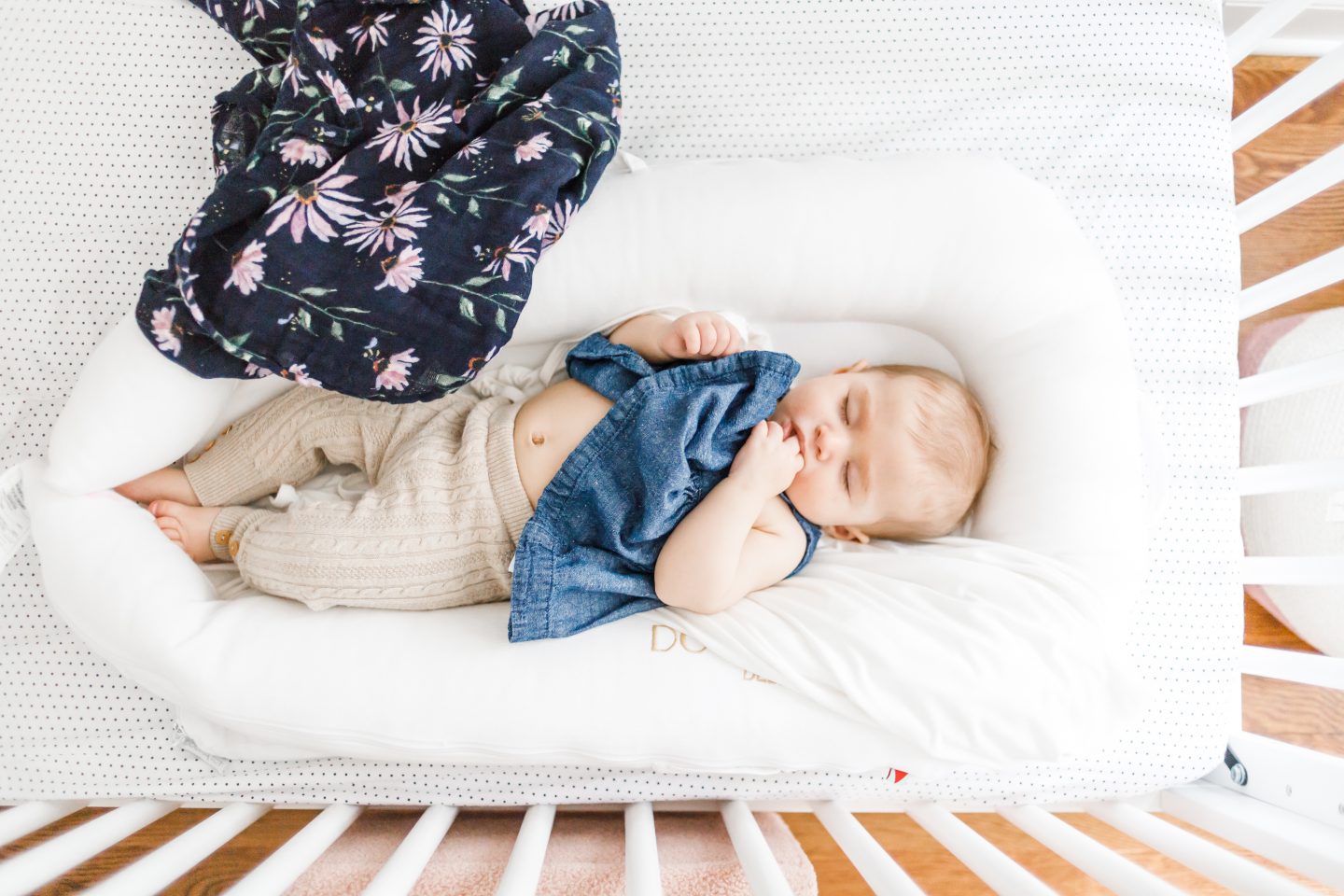 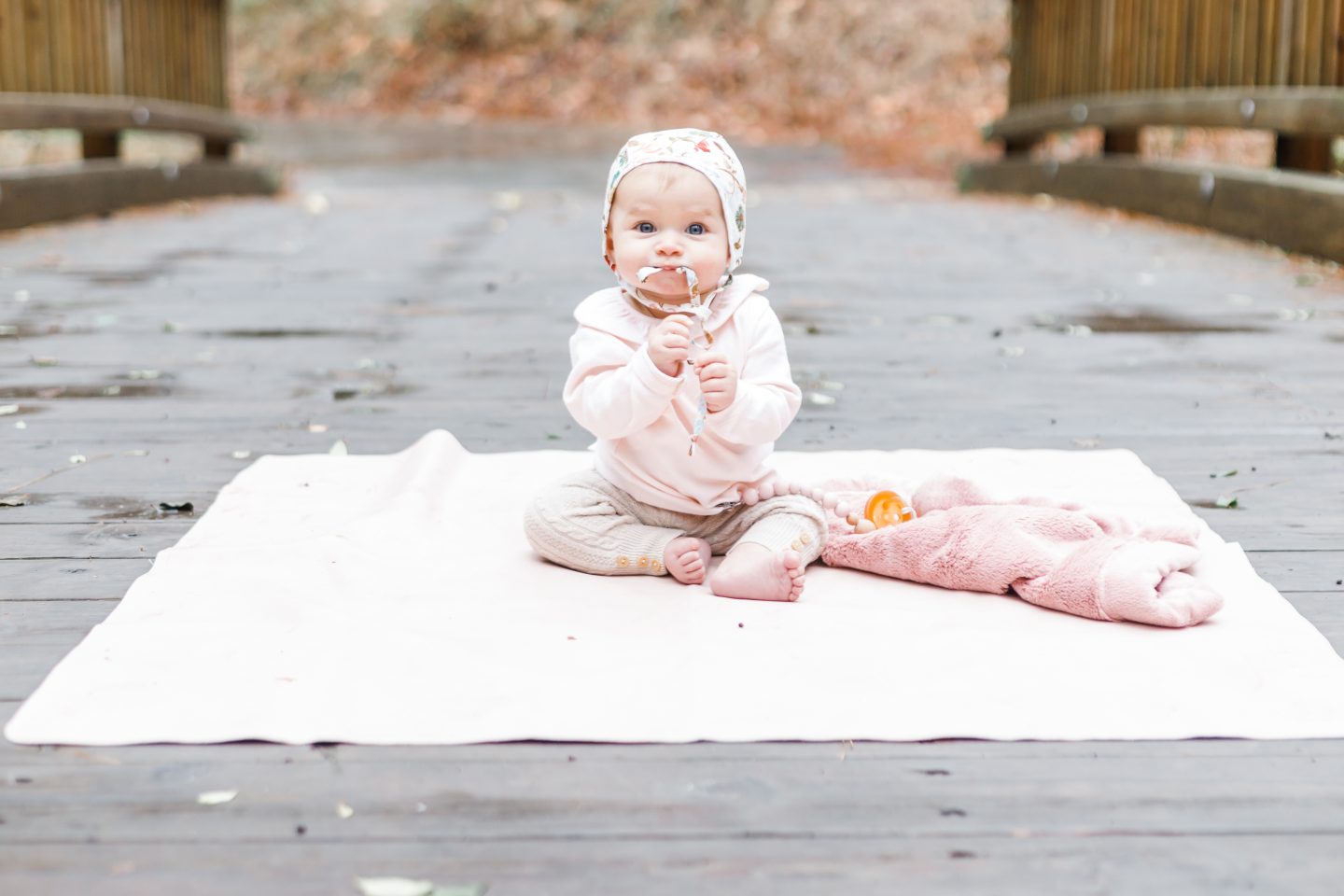 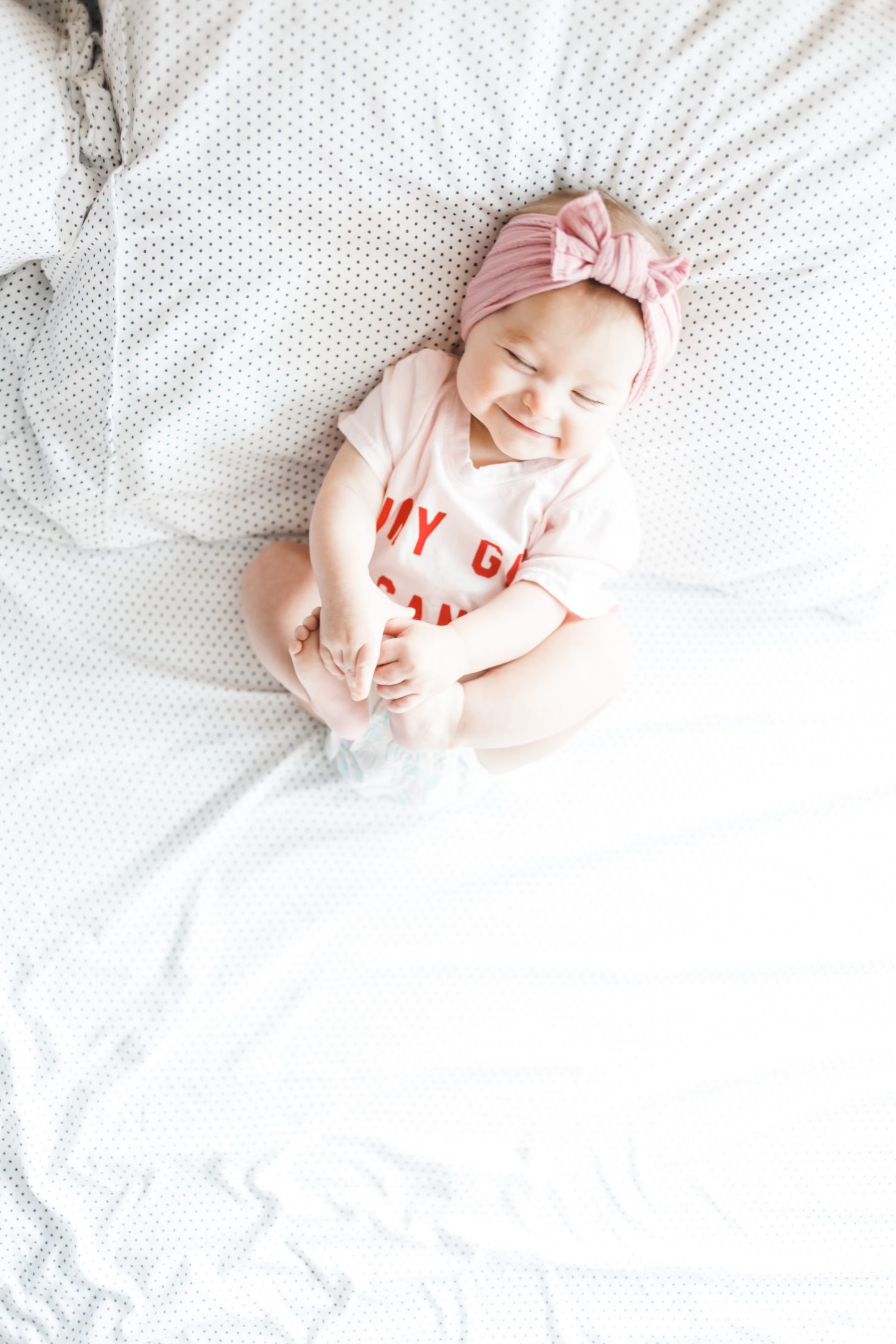 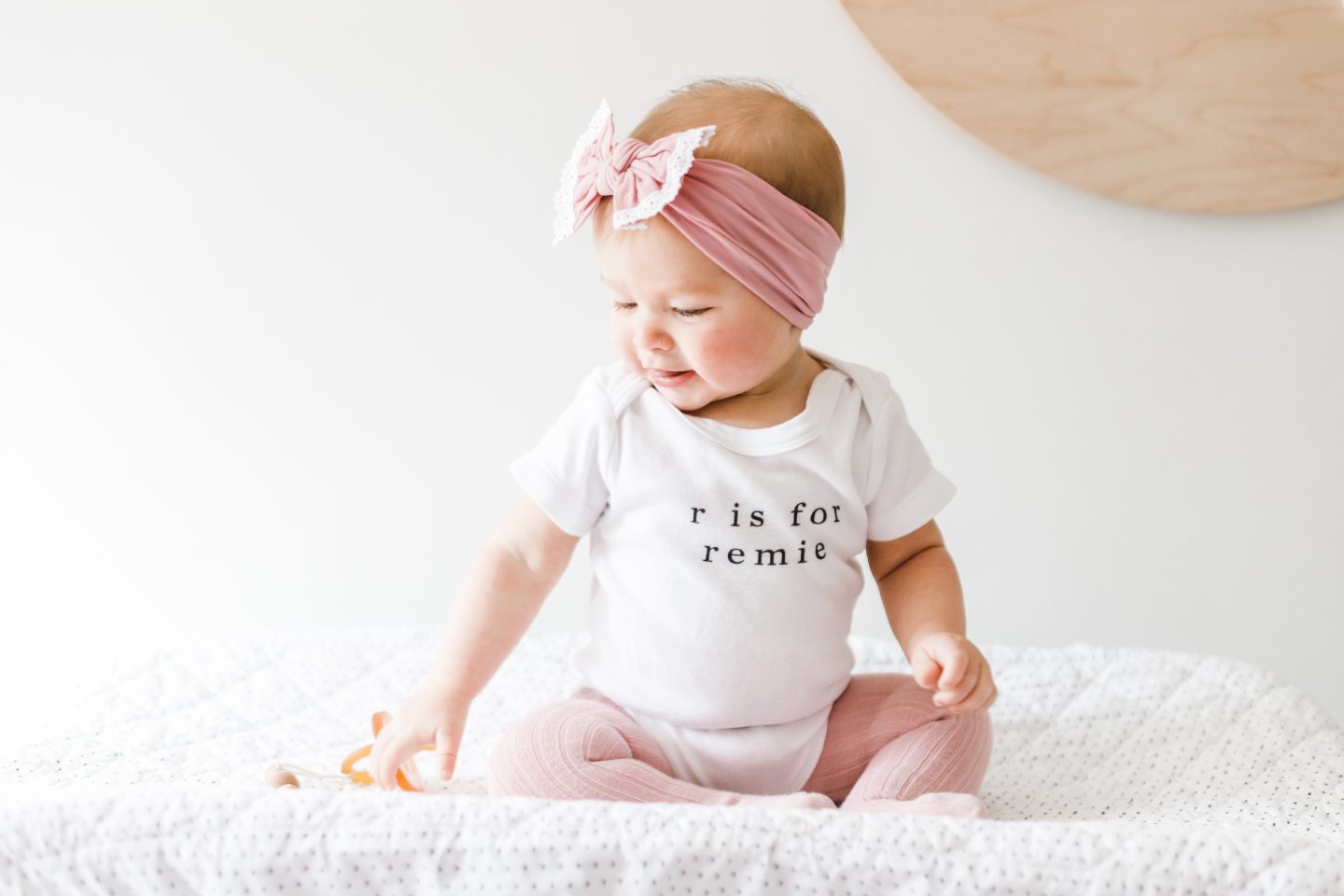 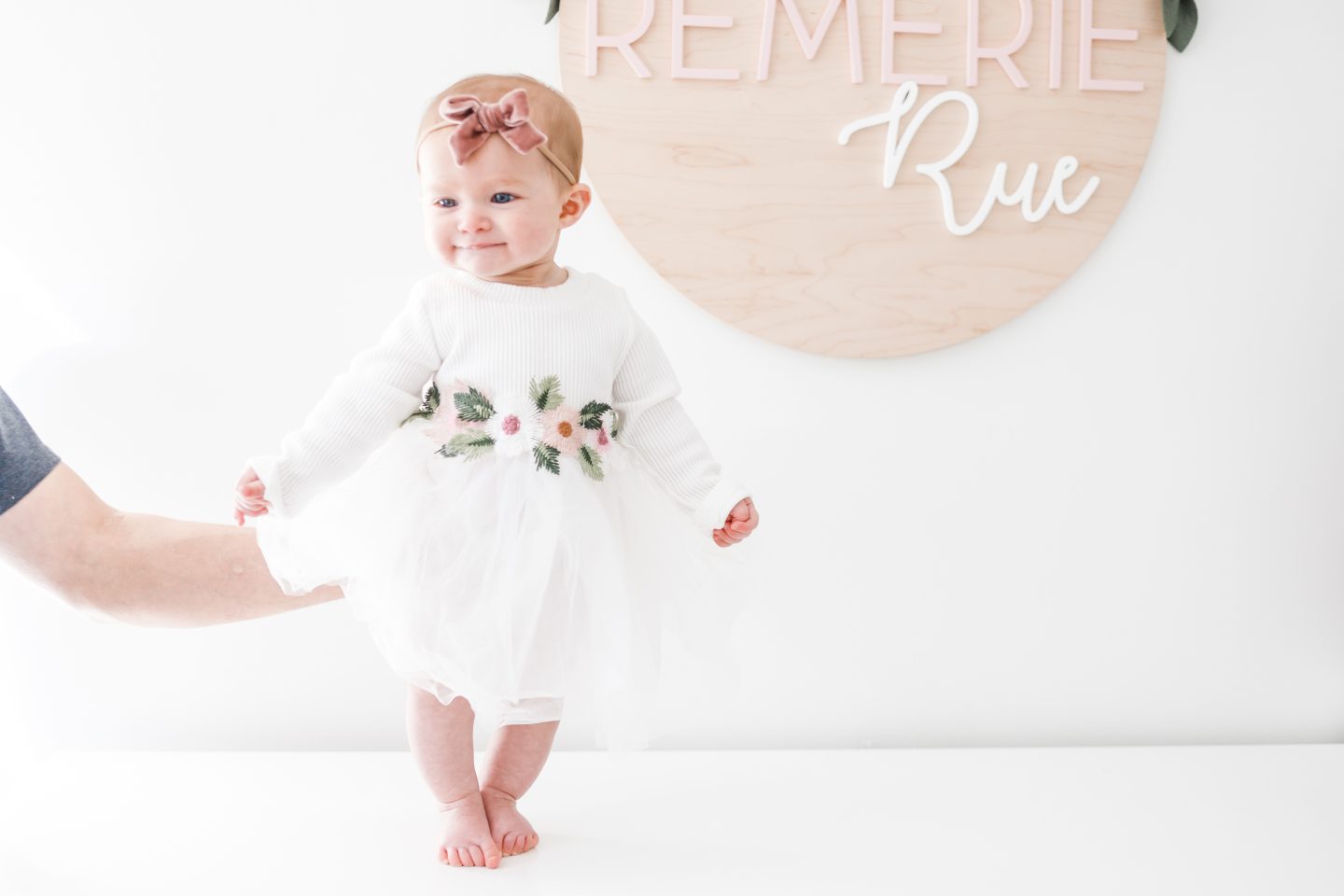