Now that we are ten weeks into this whole family of four thing (double digits!), I thought I would share a little update about the girls are doing together.  Or mainly, how Waverly is reacting to having a little sister!  She is the one with most of the emotions around here, & also, Avalon doesn’t know any different, reality to her is life with a crazy little lady around all of the time. 😉
More than anything, my main concern while pregnant was how Waverly would do with such a huge transition.  Obviously being outnumbered, lack of sleep, double the crazy – all of that crossed my mind (& was scary!), but my biggest worry was that bringing a new baby home would completely turn Waverly’s world upside down.  If you have read my blog long enough, I’m sure you have an idea of her demeanor, Waverly is as spunky & sassy as they come, and she loves attention!  While it can be challenging, we love that about her, she is so much fun, so full of life, and there is no doubt in my mind that her vibrant personality will take her very far one day.  Yet those are also all of the things that worried me when thinking about her little sister joining us (you know, forever!), another little person who would also get lots of attention & who we would love just as much as we love her.
So far, Waverly has truly amazed me, in just the time since Avalon was born I have watched her grow & mature so very much, there is no one she adores more than her little sister.  From the very moment she met her in the hospital, Waverly has been so interested in Avalon, wanting to know everything about her and to love on her as much as possible.  I was worried that the excitement would fade after a couple of weeks, but it definitely hasn’t, in fact I think her love for her grows stronger all the time.  Avalon is the first person she asks for in the morning, she never turns down the opportunity to hold her, & she begs me to wake her up every time she is napping.  The minute Avalon’s eyes open she yells, “Mom, she is up!”, so excited, and if she cries for even two seconds, Waverly runs to her and wants to help immediately.  Overall, she has taken to the big sister role seamlessly, & it melts my heart on a daily basis.
With that being said, I certainly don’t want to come off like we are living in a dream world over here, while I have been pleasantly surprised by the girls, we have our issues just like everyone else.  When Avalon was just a couple weeks old, our friend & photographer came over for some family pictures at our house, and it was pretty much a disaster.  It was the first time Waverly showed signs of jealousy, probably because she was used to Brooke being all about her and she had to share the attention.  She hit Avalon a couple of times, it really upset me (& my post-partum hormones), the day ended up in tears from everyone and my first beer in ten months.  I was convinced I was going to have to be Avalon’s bodyguard from there on out, and that I had most likely ruined Waverly’s happy little world.  Thankfully though, she woke up the next morning completely normal & hasn’t acted that way since.
The biggest issue that remains, by far, is that Waverly is so in love with Avalon that she wants to be on her all of the time.  Literally.  Waverly has always been big on touch, she shows her feelings (& how much she loves someone!), by smothering them, and that’s definitely the case with her little sister.  She gets right in her face to talk to her, she likes to grab her hands and feet, and almost always, she wants to kiss her over, over, and over again.  Though we have gone over it so many times, she still doesn’t quite understand what gentle is, and even if she does, the reality is that she is three & sometimes she just can’t quite contain herself .  Some days I feel like I have to ask her to move away from Avalon so many times that we don’t have many happy moments left, which makes me sad because I feel horrible disciplining her for loving her sister so much.  Yet ultimately, if that is the biggest problem we have, I will gladly take it.  Just like every other part of parenthood, it’s just a phase, one that we will get through together.  Every day seems to get better, before long, Avalon will be running after her big sister begging for her attention & I will look back on this time laughing, I’m sure of it. 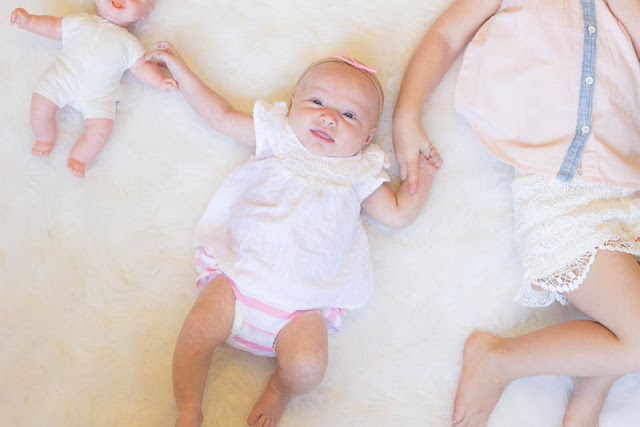 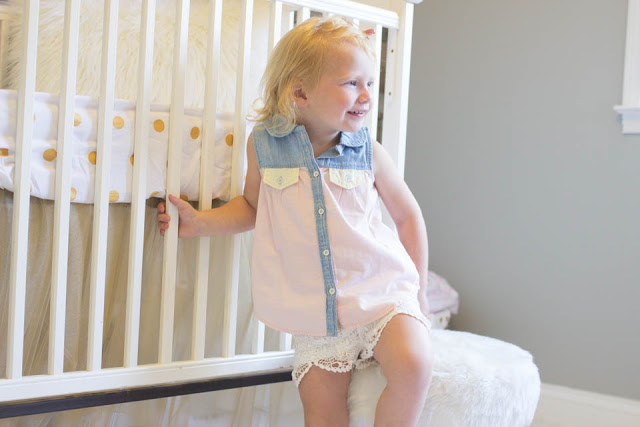 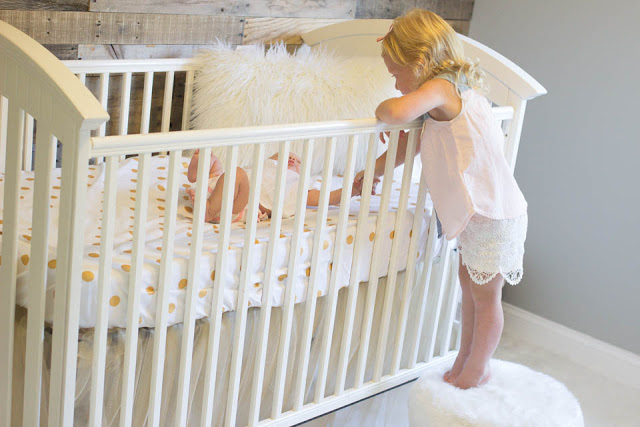 So there you have it, ten weeks in with two little ladies! 🙂  Lots of ups & a couple downs, but we are so in love with them both and couldn’t feel luckier to call them ours.  Please share your own thoughts, feelings or experiences below, I am all ears!
XO