I often find myself comparing the girls, or being surprised when Avalon loves something that Waverly hated or when she does something a way that Waverly never did.  Sometimes it makes me feel guilty (damn you mom guilt), they are two entirely different people & I shouldn’t forget that, but at the same time, I know I can’t be the only one.  As moms we are just trying to figure it all out, learning along the way, and once we get to baby #2 we naturally expect it to go down the same way it did the first time around.  Which is fine, sometimes we are relieved when it doesn’t or others we realized how easy we had it the first time and regardless, we love every single little part of them both and wouldn’t ever want to change one thing about either of them.  Just like everyone said, our heart literally bursts for them both and we have never felt it so full.

So I thought it would be fun to own it, to compare my girls at their ages so far, things we have noticed that are alike and then others that are so very different.  If nothing else, I thought it would be fun for them to look back on one day, it will be interesting to see how much of their personalities we could already see at such young ages! 🙂  And because I have to start a sister post with a photo of the sisters, one from yesterday that just perfectly explains their relationship. 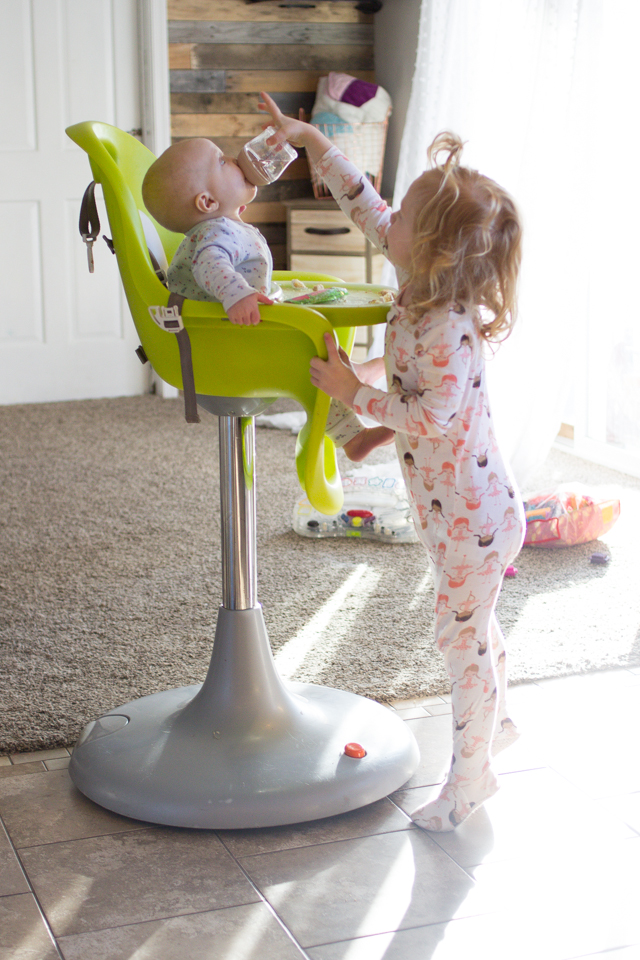 Newborns – So different!  Avalon slept for about three weeks straight, we were actually googling “does my baby sleep too much?”, which makes it pretty clear that we were not used to that because Waverly did not. She was awake and alert much more (and cried more) during those first few weeks.

Swaddles & Swings – Both our girls liked to be swaddled, but only for the first month or so.  They both absolutely loved the rock’n’play and took most of their first naps in it, plus this swing, these are forever two of my favorite products!  I’ve mentioned this before, but we are 0 for 2 on our babies liking the momaroo, though I’ve heard other people rave about them!

Pacifiers – Waverly looooooved a paci from day one and (please don’t tell my pediatrician), still has them at bedtime.  We are working on that! 😉  Avalon has never liked them at all, in fact has always refused to even entertain the idea of one.  We like that so we won’t have to wean her, but it was nice to have something to console Waverly with if she needed it.

Car Seats & Strollers – So our kids hate car seats.  As babies at least.  I’ve heard other people say how much their little ones loved them, how that’s where they slept the best or that’s where they could calm them down the easiest.  That was certainly not the case for us.  The good news, Avalon’s grown out of it for the most part and obviously now Waverly loves being in hers, she’s all about going fun places these days.  And strollers.  We had a good run for a while a couple months back when we got our double stroller, but lately the only thing being pushed in that is my shopping bags.  I can’t decide whether that’s my fault (I give in too easily) but that’s just not how they roll, they would much rather be carried or explore on their own.


Don’t be surprised if you see those kid leashes in my photos soon. 😉

Eating – Both girls loved to breastfeed and for the most part, are good eaters.  They both seem to love carbs and anything sweet the most – #theygetitfromtheirmama. 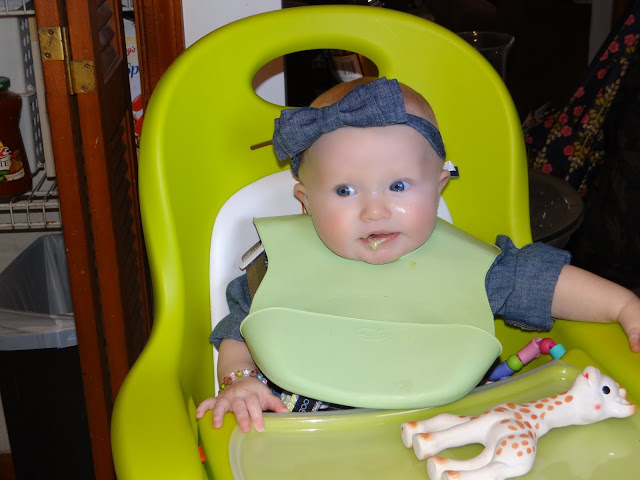 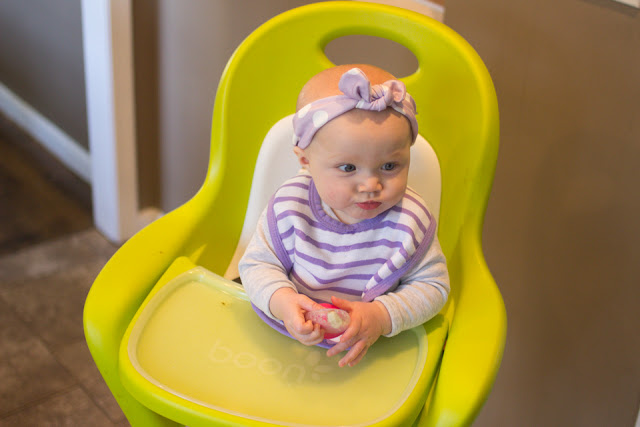 Sleep – Honestly both our girls are good sleepers, something I am so, so, so thankful for,  Of the two, at least as a baby, Avalon is definitely more consistent, which may be just because we have a little better idea of what we are doing this time around.

Verbal Milestones – Waverly is our early talker for sure, she talked early and has been ever since. 🙂  She was putting sentences together at a really young age and these days I pretty much feel like I am having a conversation with one of my girlfriends.  Avalon has waited longer, she has found her voice lately though and is babbling more than ever, those little baby sounds are my favorite, favorite!

Physical Milestones – Avalon sat up & crawled way early, she is just now starting to stand and I think she may be getting close to taking those first steps!  Waverly waited a bit longer for sitting or crawling, she started walking at her first birthday party, which we think is because she was waiting for an audience.

Temperament – Waverly is our spirited babe and Avalon is more go with the flow.  For sure!  Honestly we love having both, they complement each other so well & it makes it so there is never a dull moment!  I don’t know if I could have ever handled two little ones as high energy as miss Waverly Maye, so Avalon’s laid-back demeanor was very welcomed, and I’m also sure it just seals the deal that any other babies of ours will be extra, extra wild.

Play – There is no doubt that Avalon is just more into everything, even though she is much more laid-back, she is grabby.  Her little hands are on everything, nothing is safe, ever!  She also has no fear at all, she climbed up on our fireplace last week and took a face-plant onto our carpet, started laughing and tried to climb up to do it again. 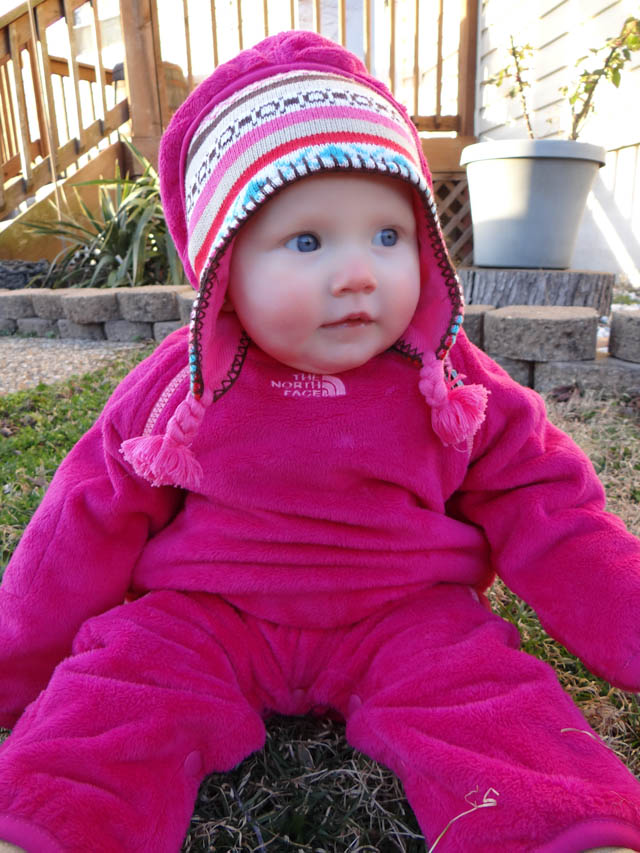 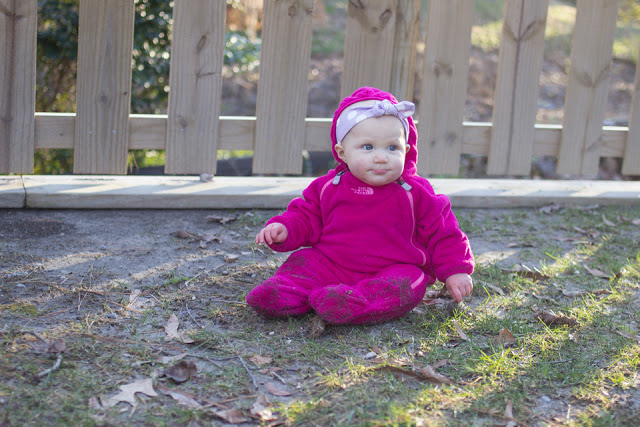 Looks – As newborns, the girls pretty much looked identical, like sometimes I look back on photos and have a hard time figuring out who is who myself.  As Avalon has grown though, she is taking on more of her own look, most people say that Waverly looks more like me & Avalon has more of my husband in her.  Both girls had little hair as babies (but it grows!  look at Waverly’s now!), Waverly’s had a little more red to it and Avalon’s is more blonde so far.  Their eyes are blue, the same bright blue, and it seems that Waverly has my skin tone (sorry sister!) and Avalon’s is darker like my husband’s.  As for size, their percentiles are almost identical, tiniest for height, tiny for weight, & high for their heads. 😉  Waverly is in the first photo & Avalon is in the second! 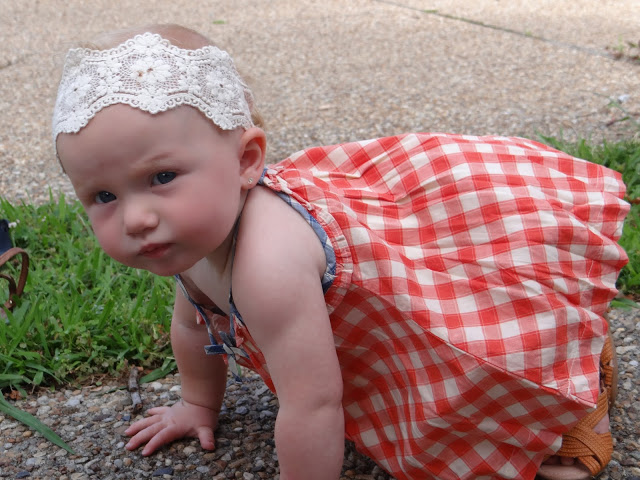 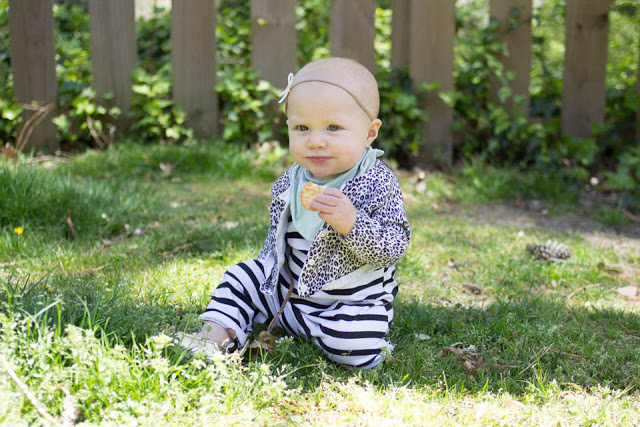 Mamas of two (or more!), what ways do you find that your babies are similar or different?!  Isn’t it interesting how two kids from the same parents can do so different – it kind of shows how sometimes ultimately, your parenting skills just don’t make a difference, right?!  Funny how that works.