It’s been a little over two weeks since we closed on our new house and even though we are very still much in the trenches of renovations (and won’t even be moving in for at least a couple more weeks), we are finally starting to see a bit of light at the end of the tunnel and it feels sooooooo good!  I thought I would share some before pictures, I did a really bad job documenting the progress we made on our last house and want to be able to remember how far we come this time around!

First some background on our house search, which started back in October and lasted SEVEN MONTHS, until we made the offer on our house mid-March!  The entire reason that we started looking for a new home was for a better school district, we had just done a ton of work on our house and honestly loved it more than ever, but our priority was getting our girls to some of the best schools in the area (which especially as a teacher, is so important to me!).  This narrowed our options way down, some other things that I really wanted in a house were natural light, hardwood floors, four bedrooms, and if possible, a house that was unique & had some charm.  Especially after looking at so many houses, they all started to look alike to me and I hated that!  My husband’s non-negotiable was a garage, and we both agreed that we wanted a big yard for the kids and somewhere that we could make our own, that needed some work but not too much work, if that makes sense.  We both love old homes and the idea of making them beautiful again, but we also didn’t have the time to do a complete gut job with three kids.

Turns out those requirements were a lot to ask for.  We walked in house after house and almost every one we knew pretty much immediately, it just didn’t feel like home.  We came across a lot of houses that had recently been flipped by investors (which we hated the idea of!), some houses that we knew the layout would never work, and other houses that were in neighborhoods that we just didn’t love.  Right around Christmas, we found a major fixer upper in a really good neighborhood, made an offer and it was accepted, and then decided to decline the following week after finding out it was way more work than we thought.  We were so discouraged at this point, especially after selling our house and realizing we would be homeless within a couple months.  But also knew we did not want to settle on anything we didn’t love, so we planned to look for a little bit longer and then find a rental until the perfect house came along.

And thankfully, just a few days later, it did!  Funny enough, the house had been listed for a while and we never went to see it because it was a little more than we wanted to spend and also because it only had a one-car garage (my husband really wanted a bigger one).  But after we finally decided to go and  saw it in person, we both immediately could envision making it our own and how much potential it had.  The house is definitely a fixer upper, which is kind of crazy starting back at square one after we just finished our other one, but we love the bones and are so, so excited about the neighborhood, school district, and huge yard for our little girls to grow up in!

A few before pictures taken right after we closed, so everything is pictured how we bought it, including paint and floors — things look completely different now!  We have hit quite a few road blocks, which has been stressful and we still have a long ways to go, BUT we know it’s all going to be worth it!  I am already dreaming of summer days here with the big girls, with most of the big work behind us and doing all the nesting for their baby sister on the way. 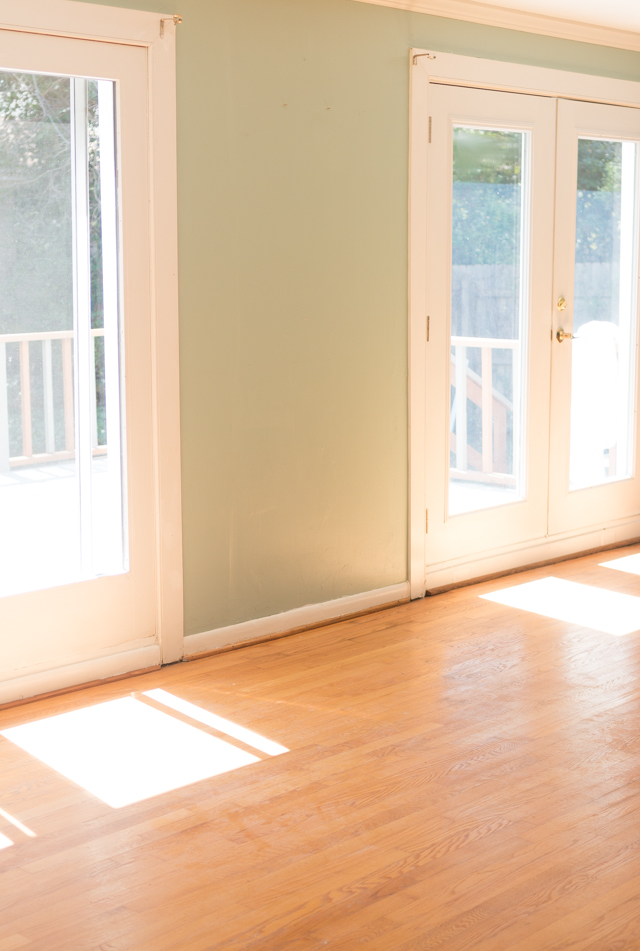 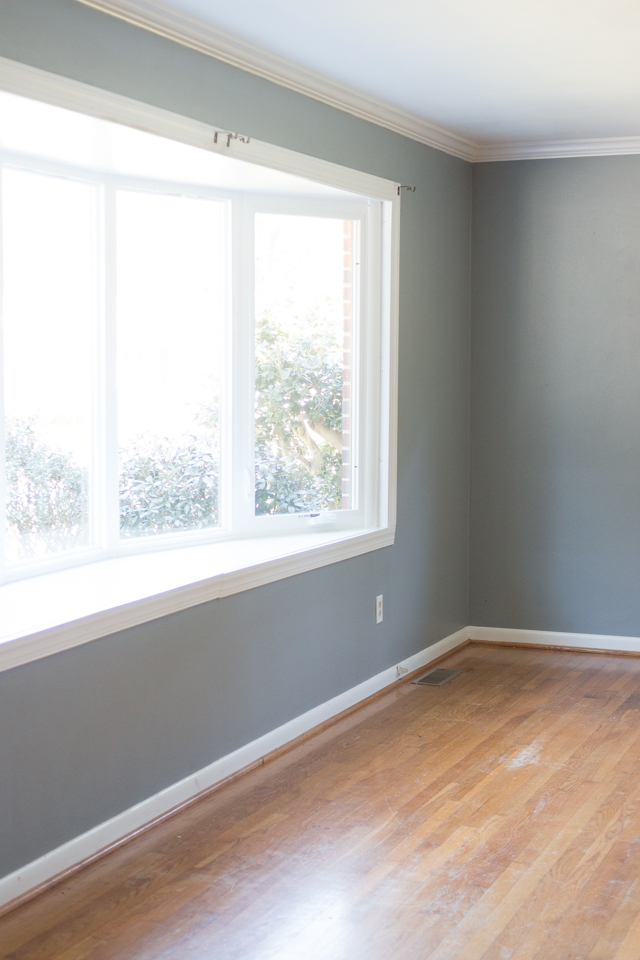 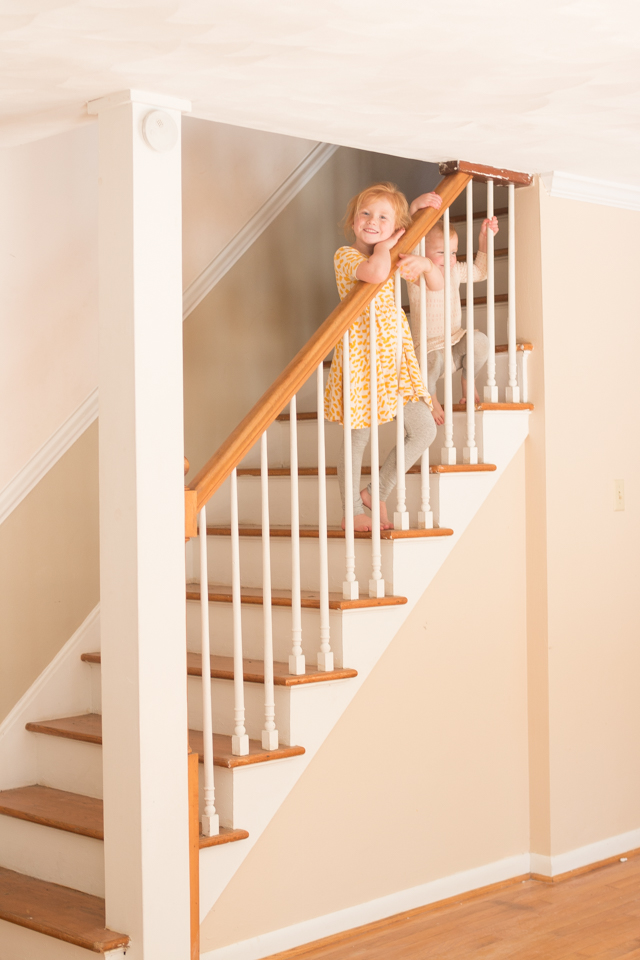 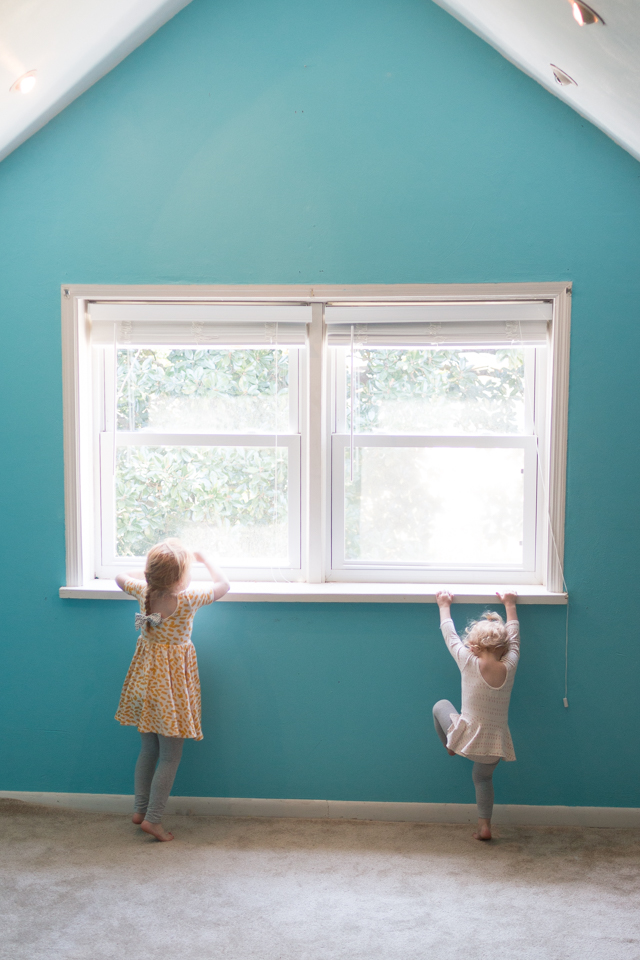 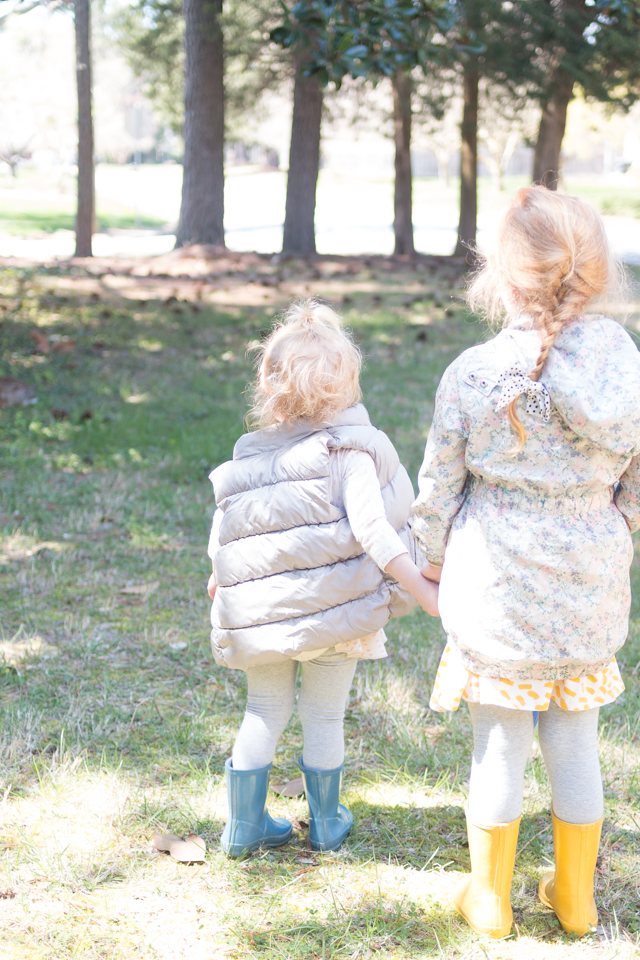 And the progress pictures, taken late last week, after we uncovered this brick wall (best surprise!) and knocked two walls down to open up the downstairs.  Cannot wait to share more soon! 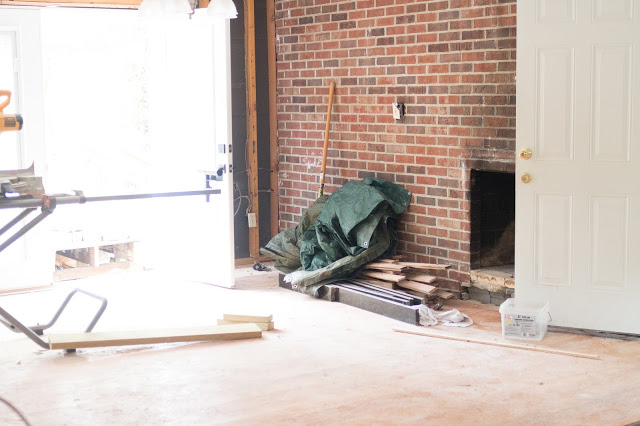 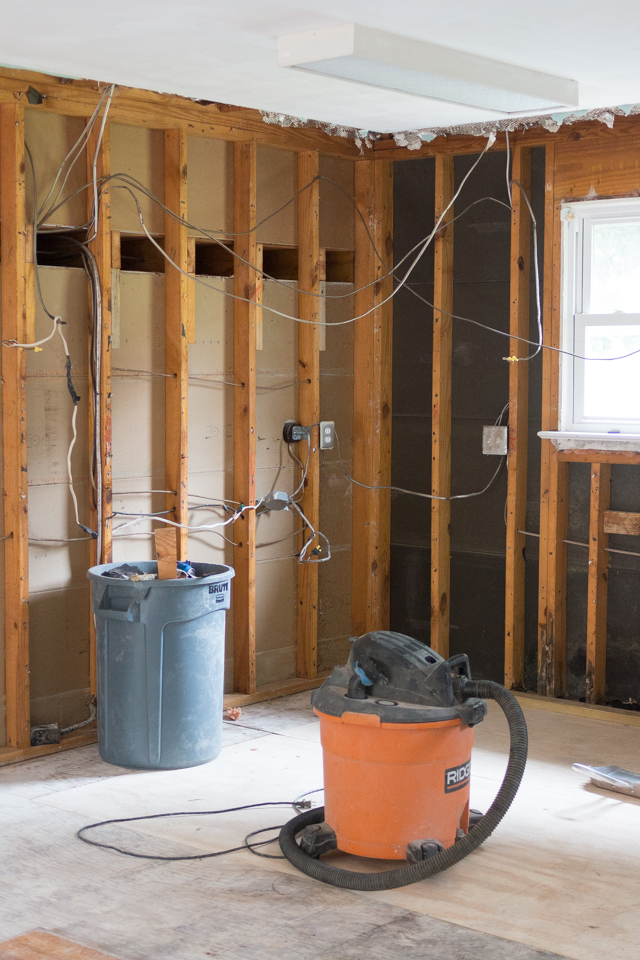 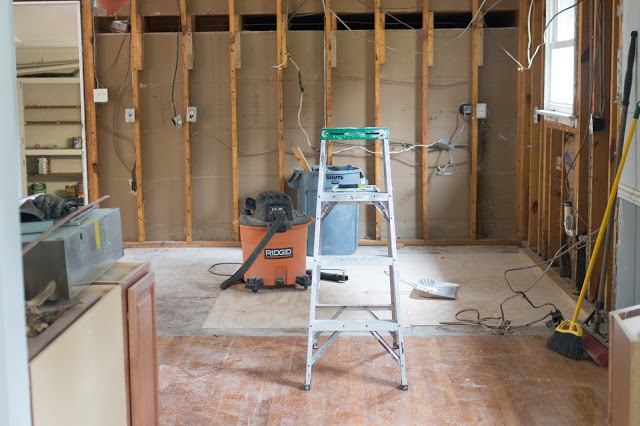