We love food around here.  We love to eat & so does Waverly Maye, it’s actually something we have never, ever had an issue with.  We definitely feel lucky & also are convinced that any of our future babes will refuse to eat, just to repay us for how fortunate we have been. 😉

With that being said, I don’t claim to be a good cook (just ask my husband).  I try to stick to meals that have the fewest ingredients as possible & that take the least time to make – yet also, that are healthy, yummy, & every once in a while, that look extra-festive on Waverly’s plate.  It’s obviously not always an easy task & more than once, we have ended up on an emergency trip to Wendy’s.  Yet along the way, we have found some “go-to” meals that work for us & more importantly, for Waverly. 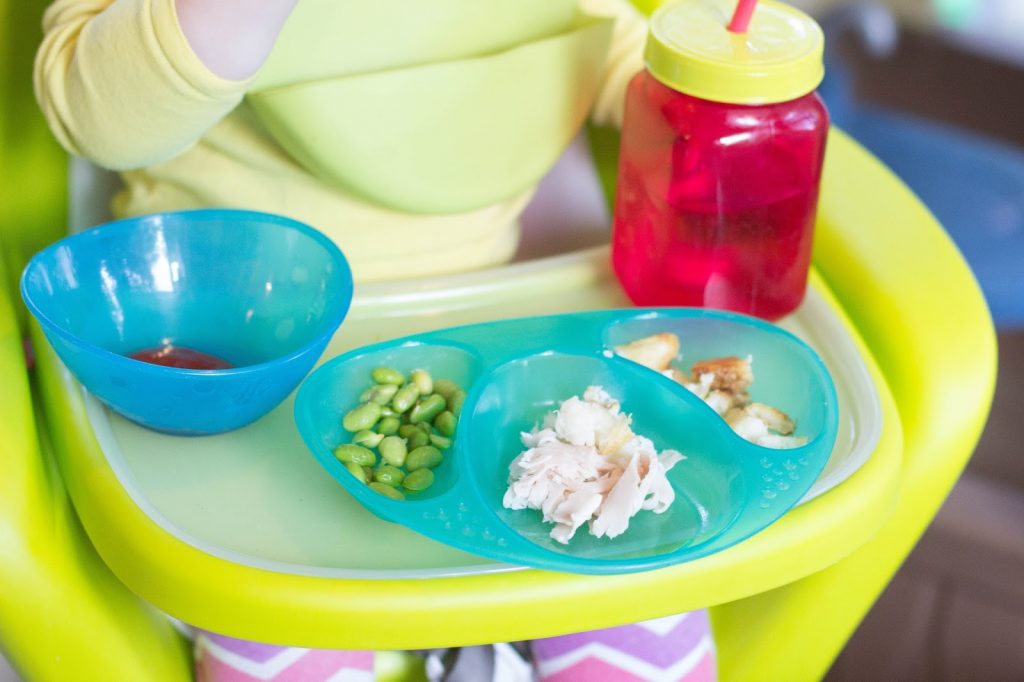 For breakfast during the week, Waverly usually has either a waffle or a cinnamon raisin english muffin with a side of fruit.  Before making either, we will show her both boxes & let her pick.  On the weekends, we will do pancakes or lately, scrambled eggs which are starting to be her favorite.  She has always loved fruit, mainly strawberries & bananas.  I decided to get crazy with some peaches last week which she made very clear she didn’t like.  She said “EW!” so I took them all off of the plate (I thought), there was one left which she raised above her head while stating “Mama, I said “EW!”.  Girl knows what she wants.

For lunch, we typically go for turkey with sides of fruit or cheese, & goldfish.  If I am home, I will usually make her edamame since she loves it so much.  I have tried the sandwich route many times (grilled cheese, PB & J), but usually, she is not interested.  Lately she has also been requesting demanding a  “dip” (ketchup or ranch), she had it once & then of course, wanted it on everything.  I don’t blame her.

For snacks, we will do smoothies, goldfish, or these yogurt tubes.  I feel like she snacks all day, especially if she sees me pull out something to eat, then it immediately becomes hers.  It’s really not such a bad diet plan for me. 😉

For dinner, she either eats what we are eating (chicken, pork chops), or some sort of pasta.  She loves mac & cheese, pasta salad, & spaghetti.  And as I have mentioned before, we don’t go a night without edamame, it was one of her first words & she literally will stand at the freezer repeating it.  Lately we have also been alternating with lima beans (which she also thinks is edamame), & have found that she also loves broccoli, peas, & corn (in addition to the edamame, bottom line, she is edamame obsessed).  Really, each night the first thing she eats is her vegetables, we laughed the other night when we gave her pasta with peas in it & looked down a few minutes later to see she had picked all the peas out first.  I love veggies too, but would still always go for the carbs if given the option.

We have never had to do anything special to get Waverly to eat (especially veggies), so any of our success has just been random good luck. 🙂  Both my husband & I are healthy eaters for the most part, so I definitely think that helps, too.  Our next “food” milestone will be transitioning from a high chair to a booster, something I have decided is absolutely necassary since she is such a big girl now.  I can’t even believe what a little lady she is looking like these days, I just love her so much! 🙂 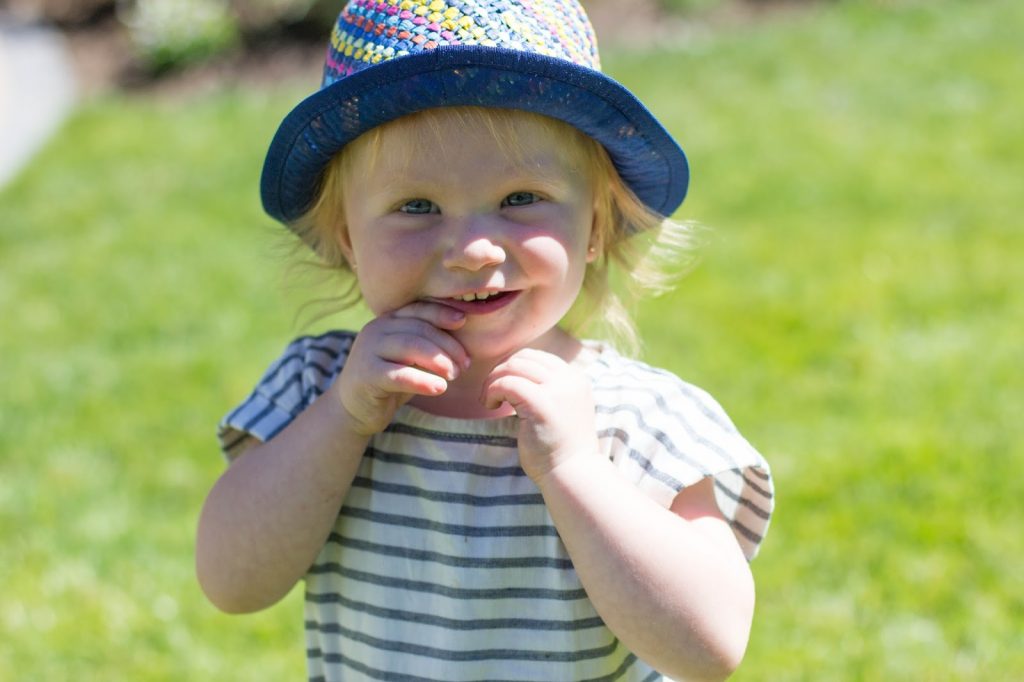 Before I sign off for the week (to focus on my last couple days of the school year!!), I wanted to wish you all the happiest Father’s Day weekend.  I know how excited I am to celebrate my husband & what an amazing father he becomes more by the day, I really could not do anything I do without him.  I know you ladies feel the same way, enjoy it!
XOXO 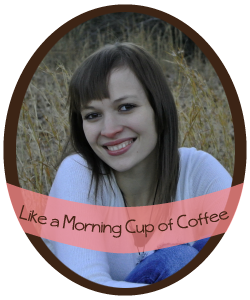