Nine months (+ a couple weeks!) of our sweetest, most delicioust, tiniest little Remerie Rue.  She has been on the outside for as long as she was on the inside and we all are just smitten with her.

*Photo courtesy of her big sisters who always get her to laugh the hardest. 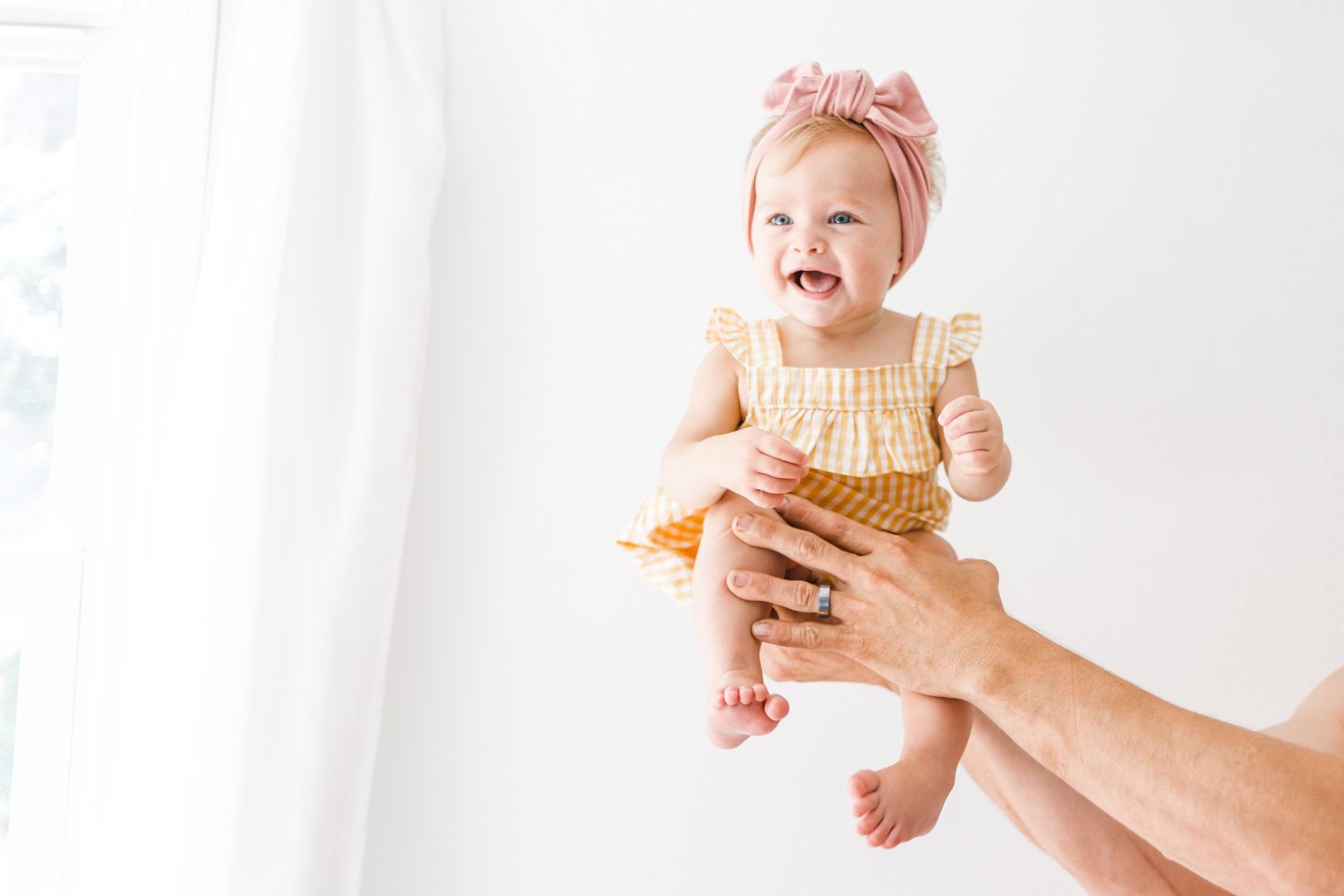 The happiest, most destructive baby in all the land.  She really is into EVERYTHING, I know all babies are but she is by far the baby I have had to watch the closest.  The other morning while I was trying to get ready, she tried to get into the box of q-tips, a bottle of shampoo, a bar of soap + the toilet — all in a matter of five minutes and while there was a box of toys right next to her.  Good thing she is crazy cute, she honestly knows when she is getting into things she shouldn’t and looks up with the sweetest smile to make up for it every dang time.  It works for her.

She loooves to eat, she eats more than both Waverly + Avalon combined most days and I have no idea where it goes.  Current favorite foods are avocado, mac + cheese, frozen pancakes or french fries, and bananas.  Honestly we have never given her anything she didn’t like, this is such new territory for us as both our other girls were super picky and I am loving it!!!  She is also still a really good night sleeper, goes down at 7:00 (and crashes hard!), wakes up about 5:30 for a bottle in bed that she gives herself, and then is up for the day at about 7.  Naps are still very unpredictable, and the past couple weeks were super hard trying to figure out a routine + time for her to rest with all three girls home, but I know we will figure it out eventually — most likely right around when school starts back and everything changes again. 😉

She says “mama” and “mmmm” when she really likes something she is eating, and still sucks on the same two fingers 75% of the day, it’s still the cutest thing ever!  She is tiny (in 3-6 month clothes mostly) and is getting more hair all the time, it is going blonde for sure and her tan skin is getting darker.  She still has the bluest blue eyes like both Waverly + Avalon, some days I think she is starting to look a little more like them but she mostly still has a look all of her own. 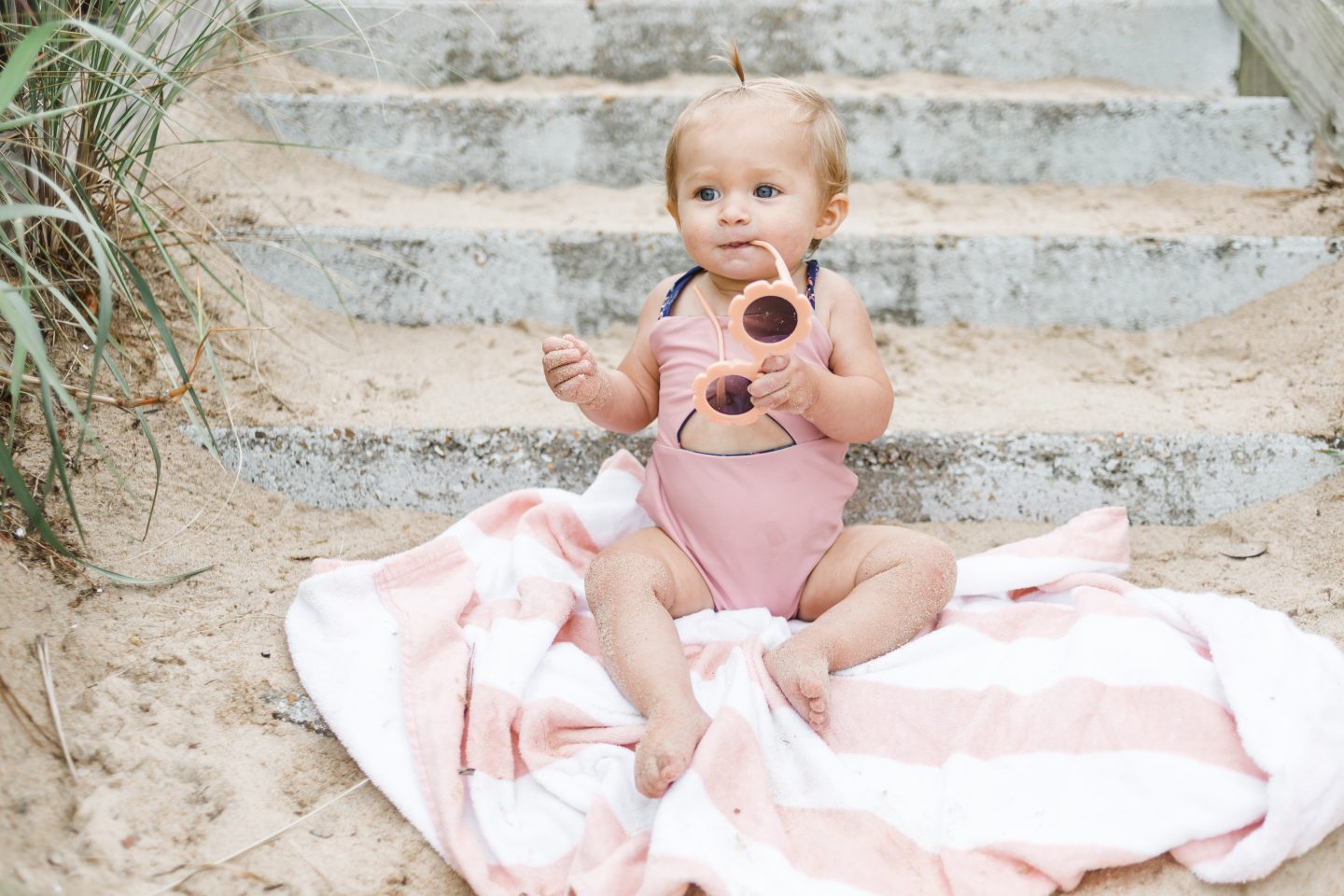 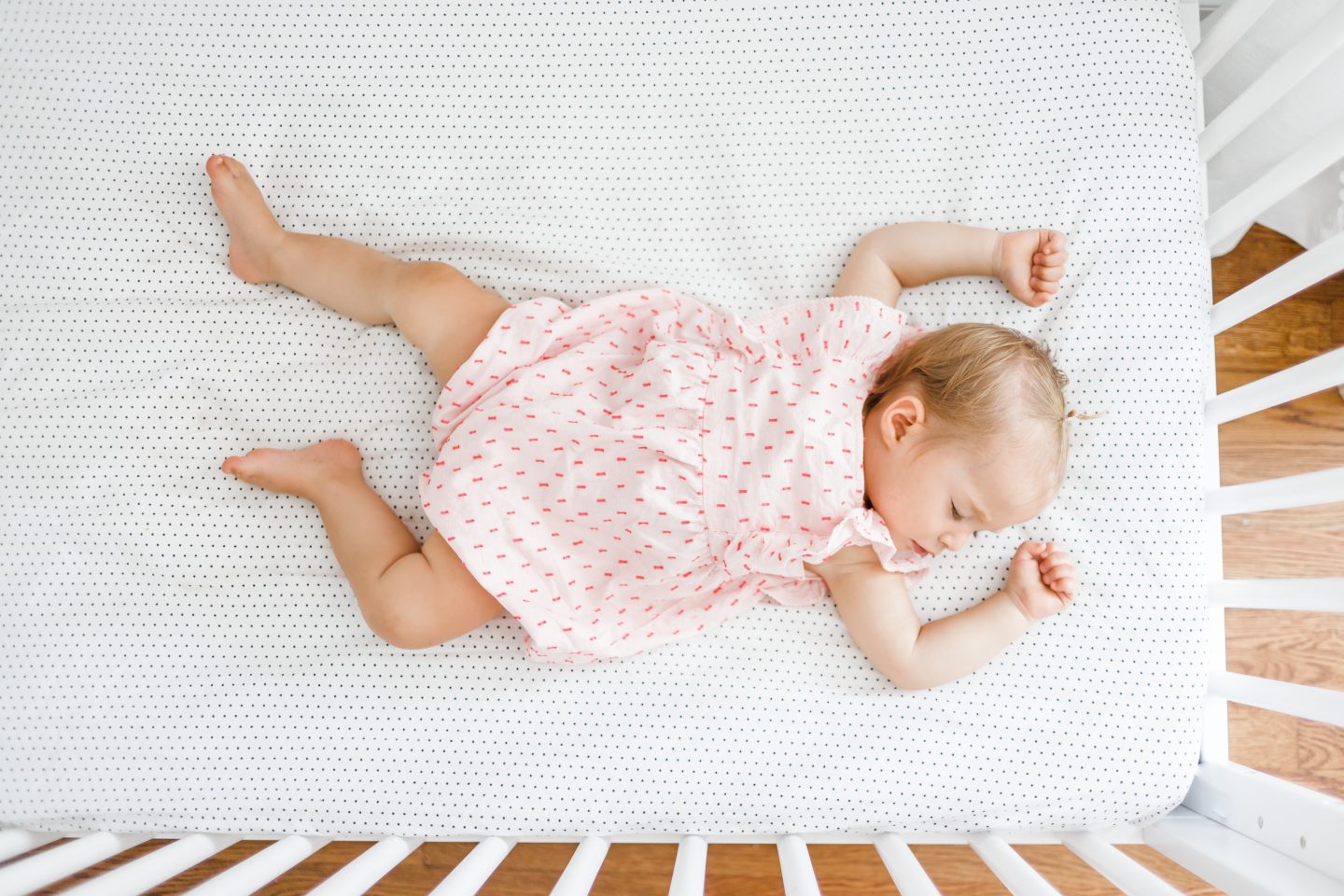 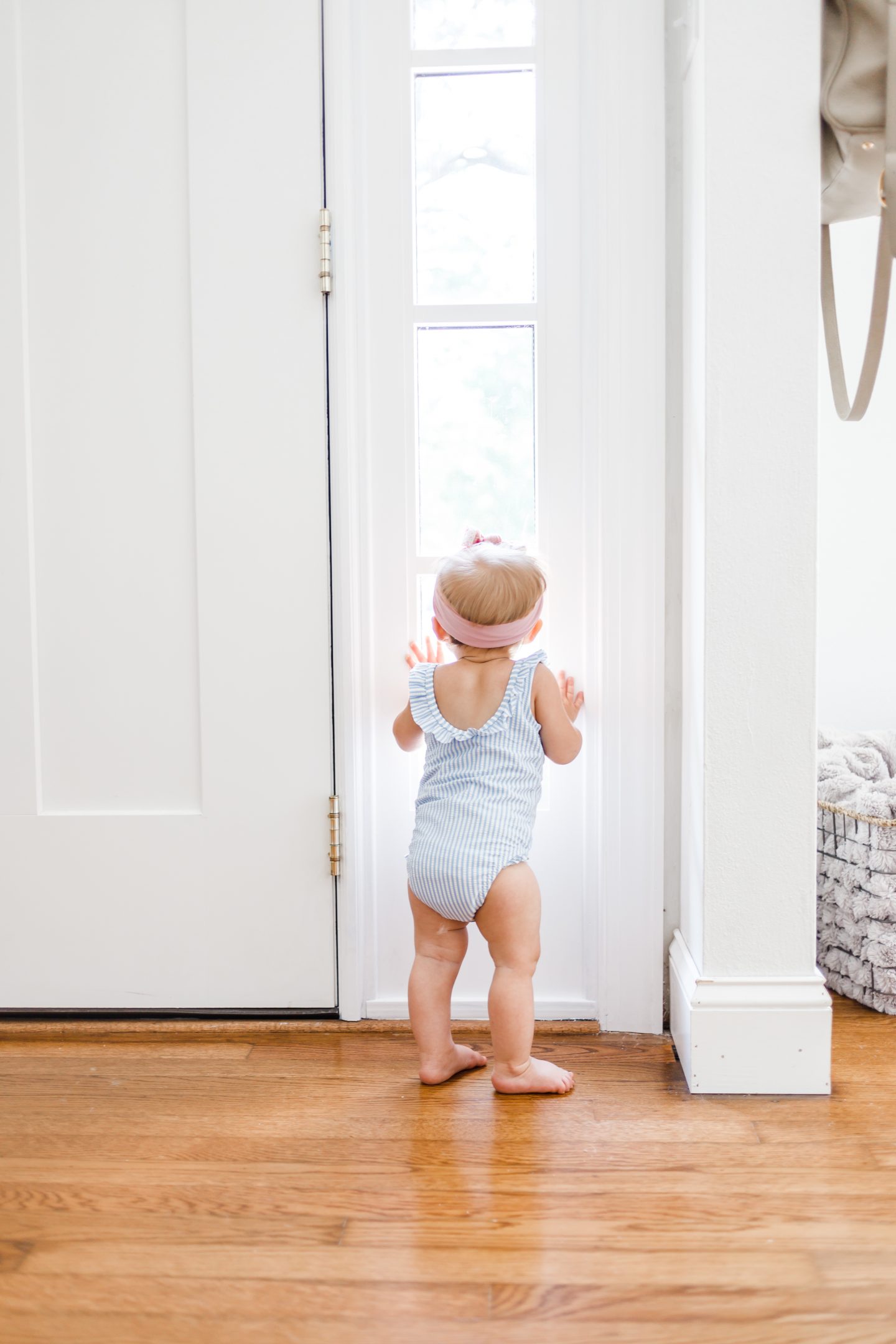 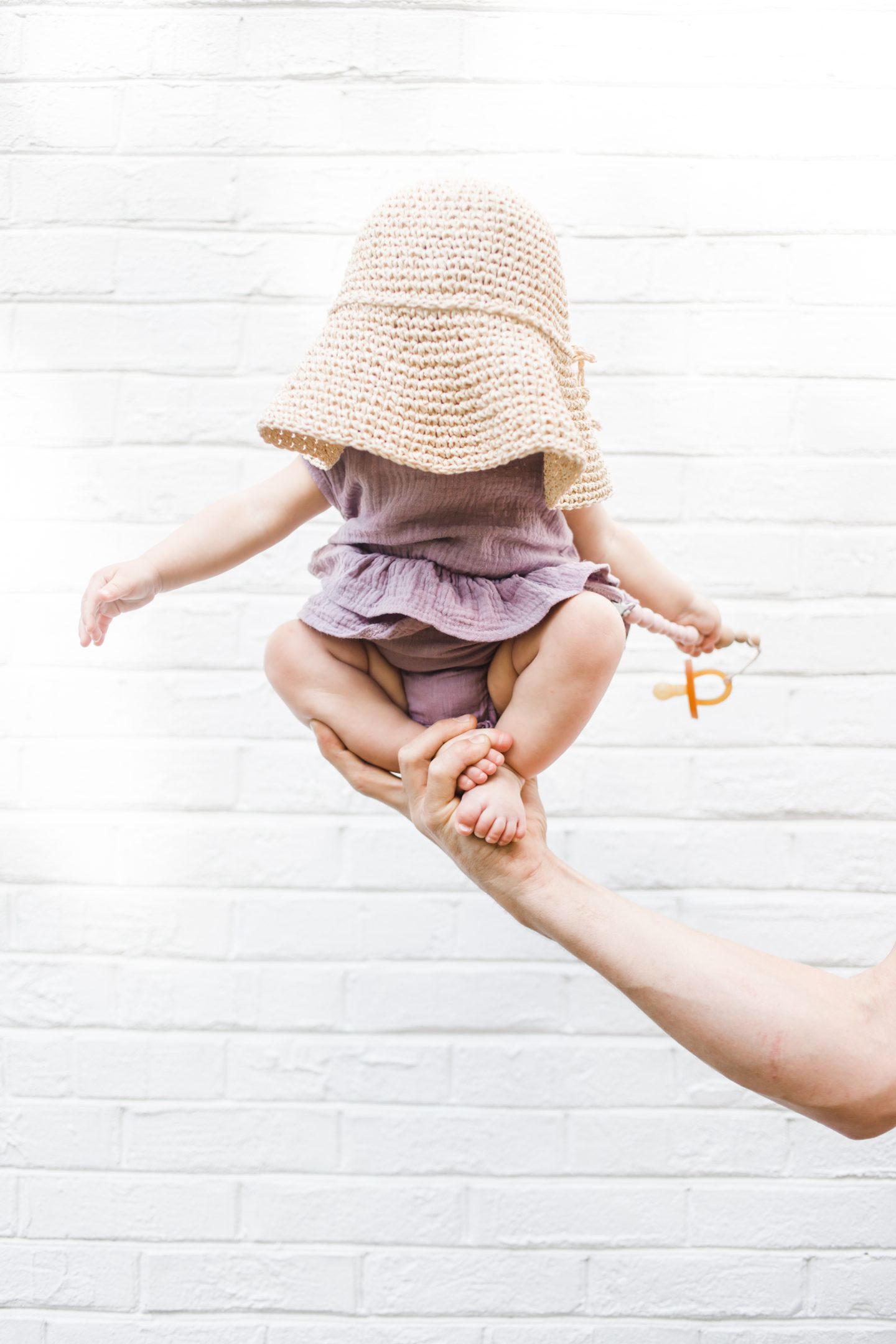 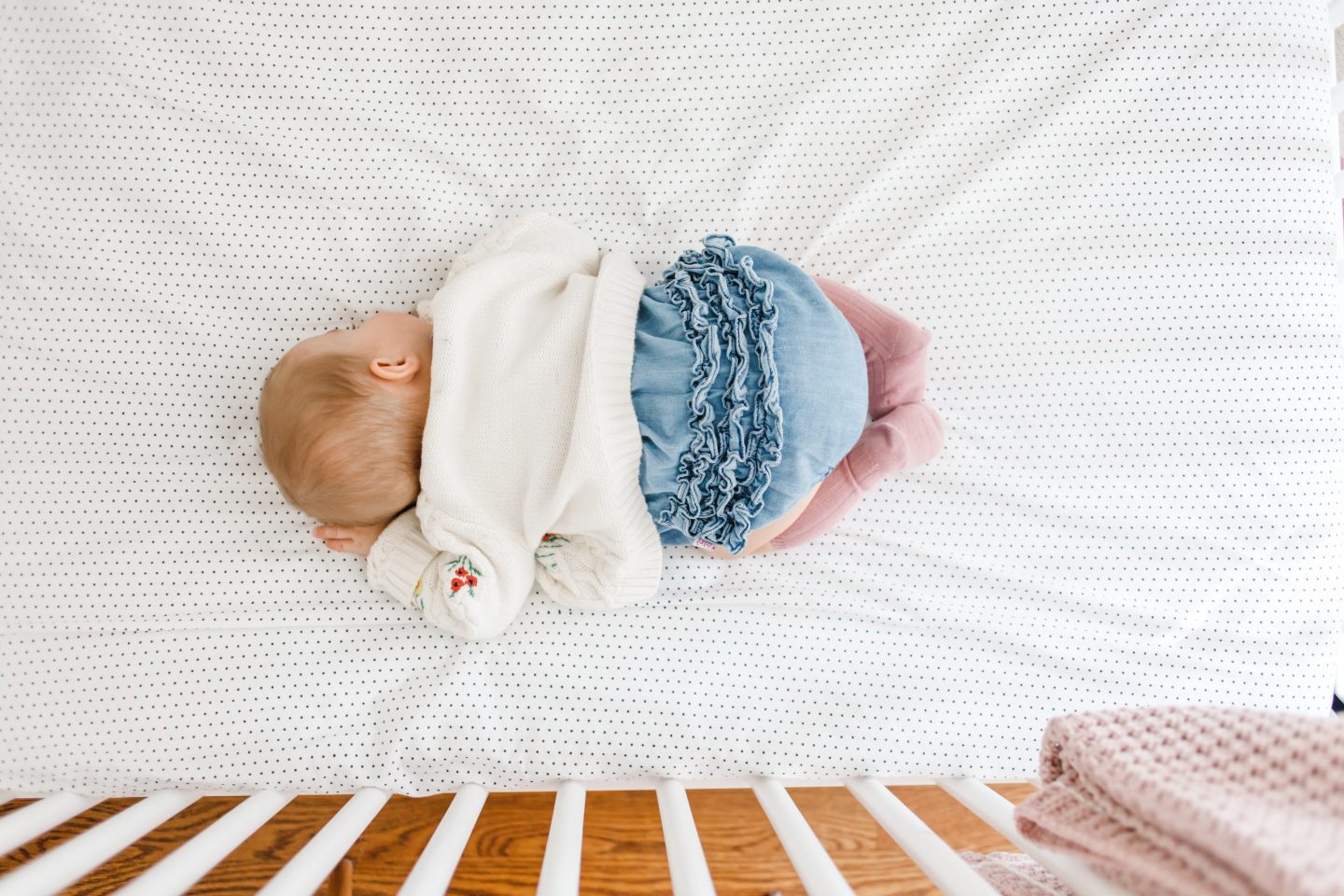 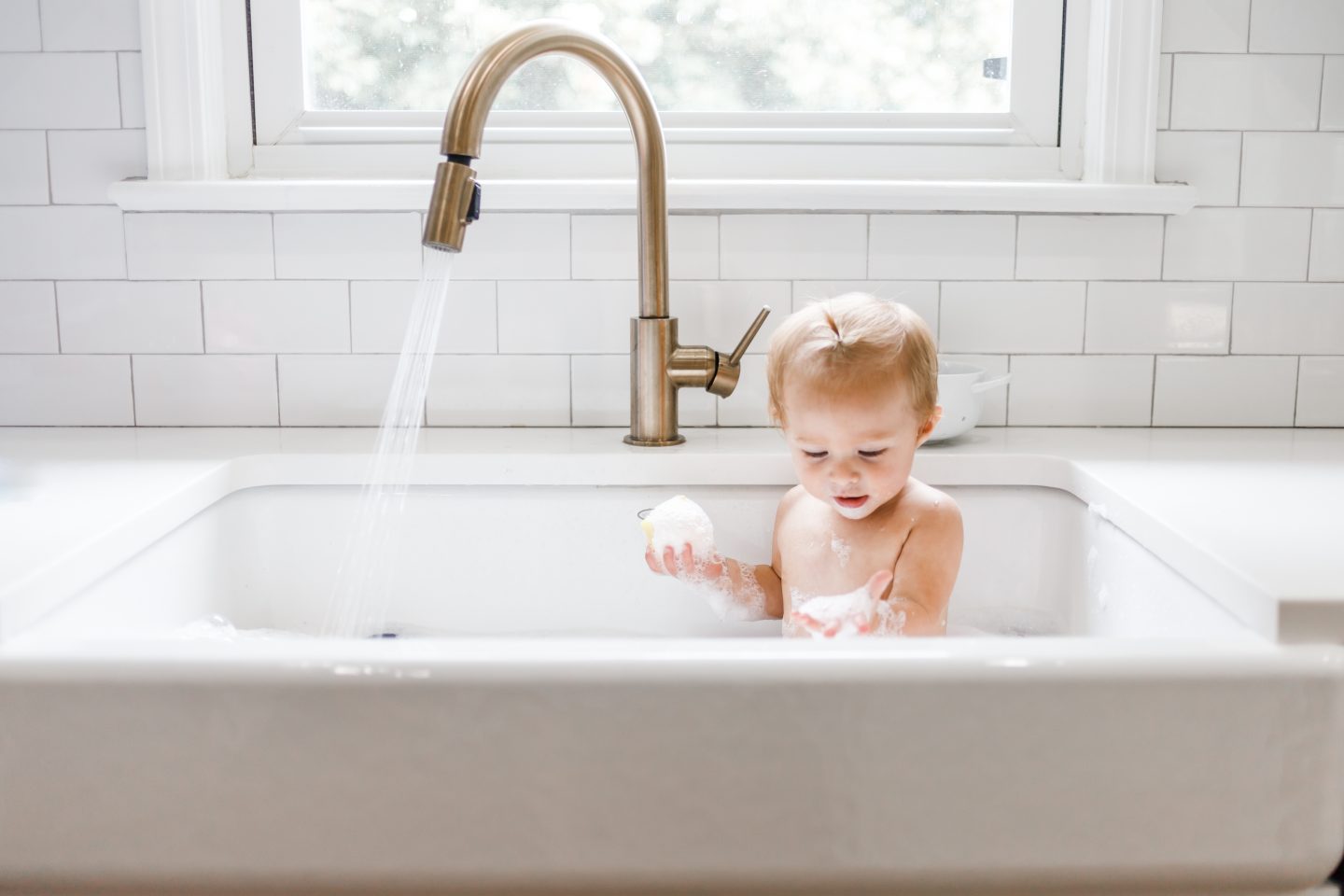 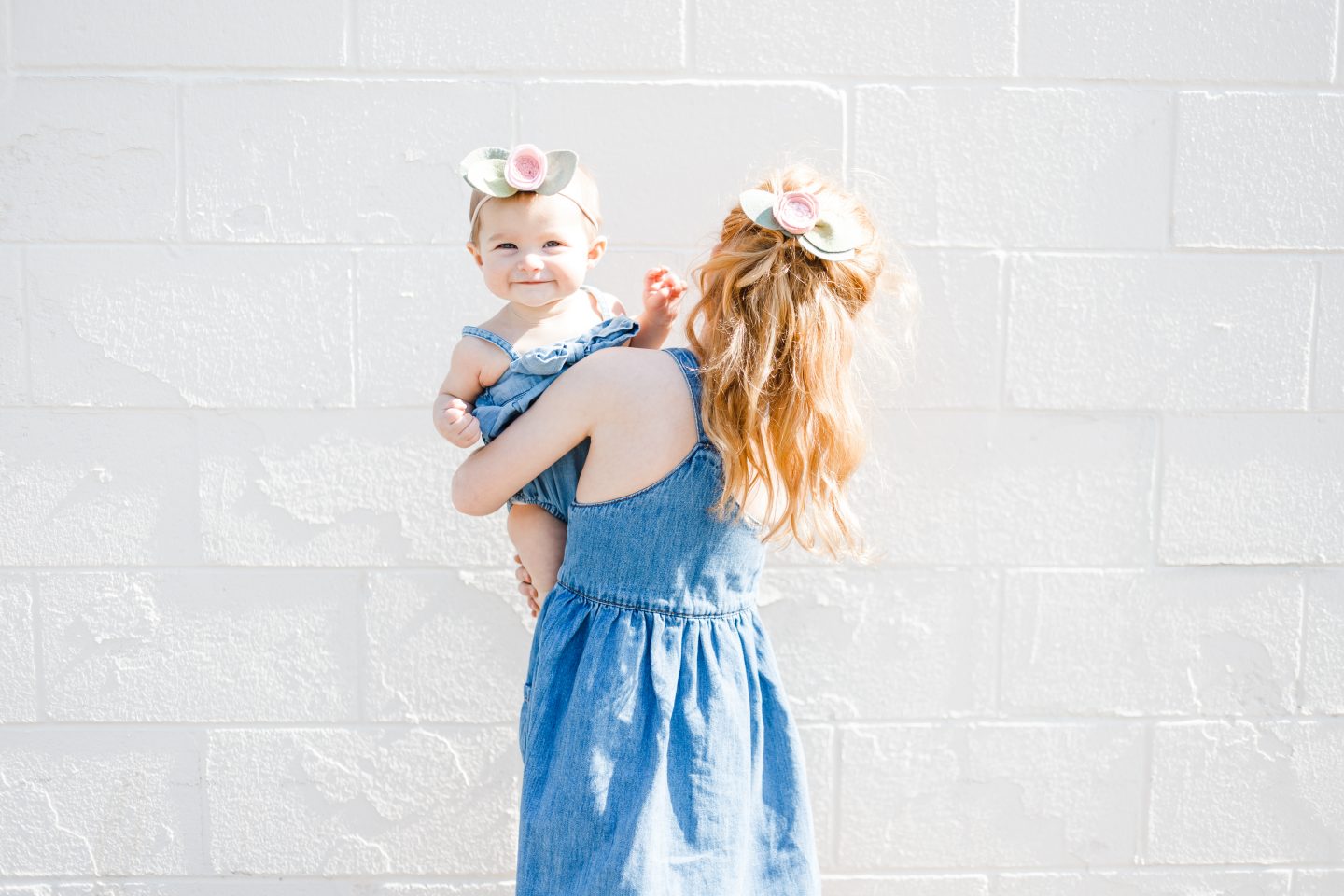 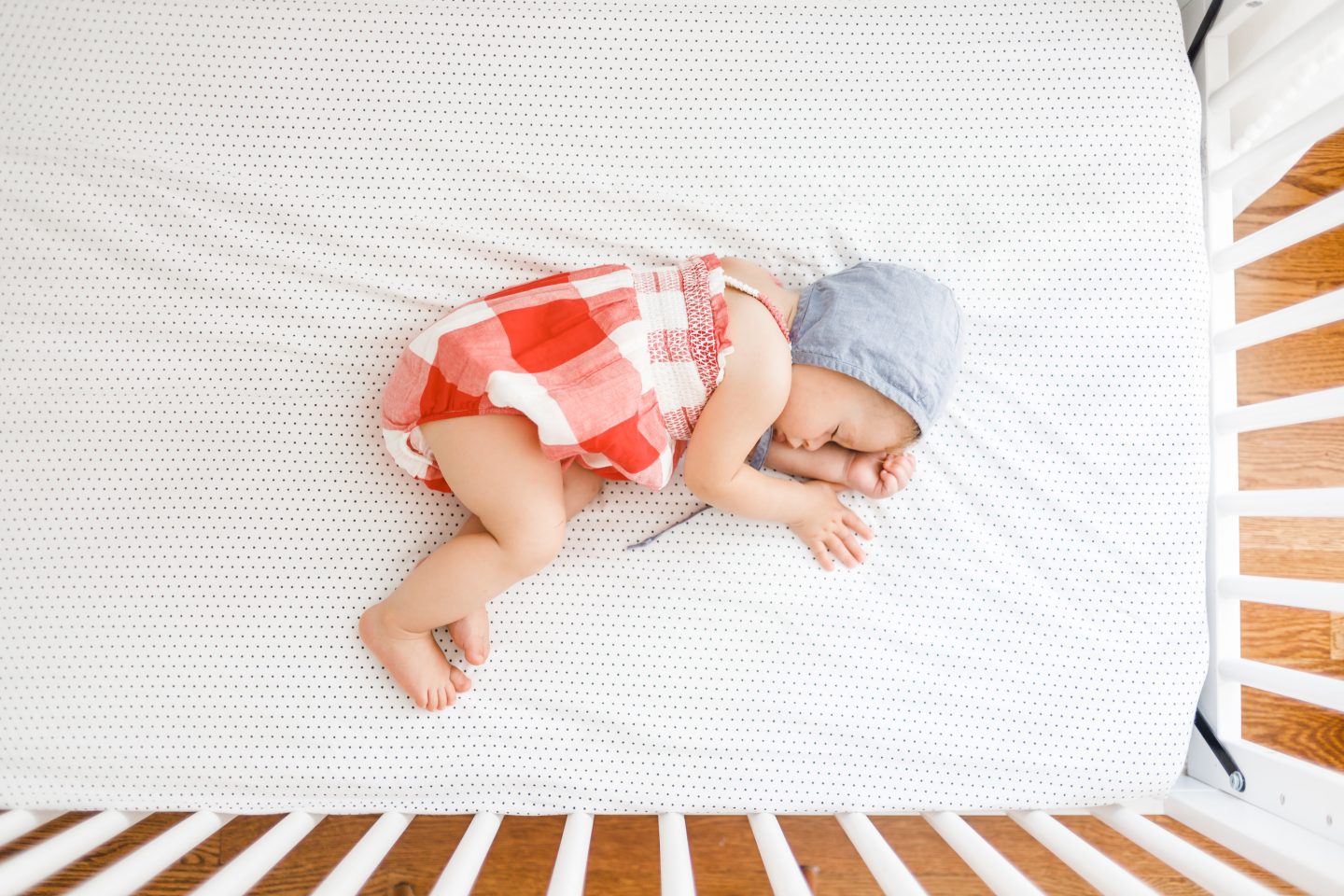 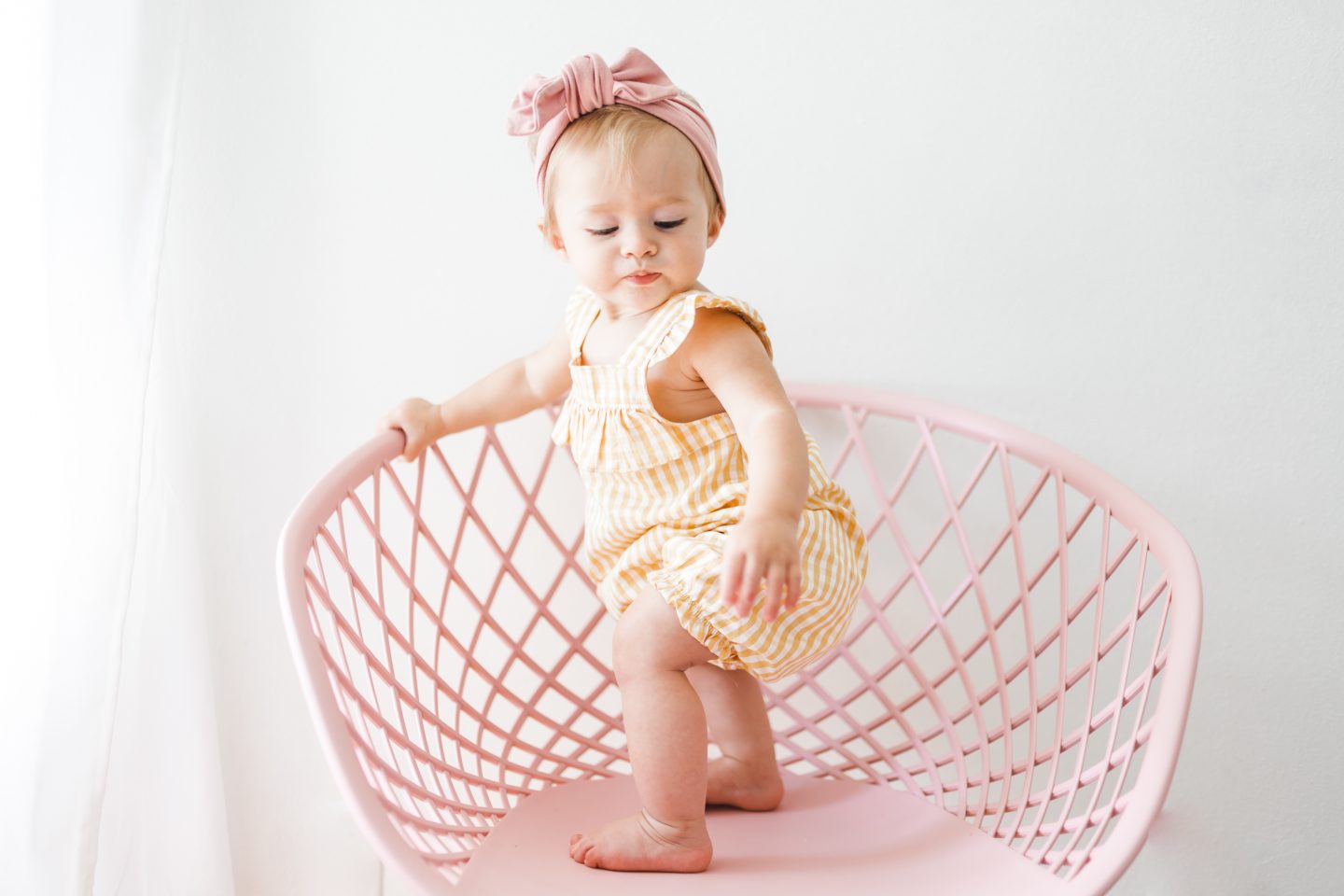 We just love to love you Remie girl, you are the best! XO