Just in case it didn’t seem like we had enough going on over here with a new job for my husband and a third baby on the way, we decided to really make things fun and officially sell our house!  Honestly there’s not much else I can do but laugh when I think about all these changes at once, I am really not that good of a multi-tasker and usually try to stick to one thing at a time, but this is how it worked out and obviously how it was meant to be.  Life is currently a little crazy but we are certainly feeling so grateful for what we have and also stronger together than ever.
When we bought our first house five years ago, we knew it wouldn’t be our forever home but were super excited to start raising our family there while also doing some home improvements along the way.  There were (and still are!) a ton of things I love about it but I knew we would want to be in a different area eventually and also didn’t really love the schools that we were zoned for.  At the time, we only had one kid, a baby Waverly who was less than a year and it felt like we had all the time in the world.  Then of course I blinked, it was this past fall and we had two little girls, one who was starting kindergarten and another who wasn’t all that far behind.  A few weeks after Waverly started school this past September, it became pretty clear that getting the girls to the area that we would be in while they were growing up (and in schools that we really, REALLY loved!) was a priority to us.  Both my husband & I went to the same schools, with the same friends, throughout our 13 years and though I know that can’t always happen for everyone, we really wanted to make that work for our kids if we could.  So we were determined to finish the projects around the house we knew we needed to in order to list it, and also spent our extra time on the weekends starting to look around at other houses to buy.

And then came late December, and we found out about a surprise baby on the way!  We couldn’t have been happier about it, but it also made us really re-think the timing of moving and whether it was realistic and worth it, or if it would just stress us out.  We went back & forth about it forever, what seemed like the right decision one hour was the wrong one the next, and we really struggled with figuring out what the right move for all (five!) of us would be.  We ultimately decided to wait, at least until the baby was six months, Waverly was liking her school a lot more and there really weren’t any houses on the market that we had fallen in love with anyways.  And then the very NEXT DAY two houses popped up, both that we loved but that we couldn’t put offers on since we hadn’t listed our house quite yet.  We 100% took it as a sign and decided to list our house the following week.

We had never sold a house and completely didn’t know what to expect, I really thought it would sit on the market for a few months and we would maybe sell it, but if so we would have tons of time to think about it and could really think it through again if we needed to.  So we were SHOCKED when we had three full-price offers within 24 hours of listing it, and were under contract with one of those offers the following day.  Since then we’ve been through both the inspection and appraisal, both of which went through, and currently have two more weeks until closing when we have to be out of our first home!!!

So, allllll the feelings.  We are so excited about this new chapter, but it’s also pretty bittersweet.  All of the girls memories are from this home, as well as most of ours as a young family, so many special moments with birthdays and holidays and just everyday things, and of course bringing Avalon home from the hospital.  We have started packing boxes and I know they don’t really understand it, so that has been hard to explain.  Ultimately though, I know it’s for the best and I am so happy for all of us!  Up until about a week ago, we had no idea where would be going (and were possibly going to rent month to month until we found “the” place for us), but are currently under contract for our new home and we LOVE IT so much!!!  I’m very superstitious so I’m going to wait to share about it until it’s officially ours, but I hope to be sharing some pictures soon!  Until then, a photo of the girls in our house last year on Easter, I’m already a little sad thinking that we won’t be there to celebrate one of our favorite holidays in a few weeks.  Our first home will always hold a special place in my heart and I already know how much it will be missed. 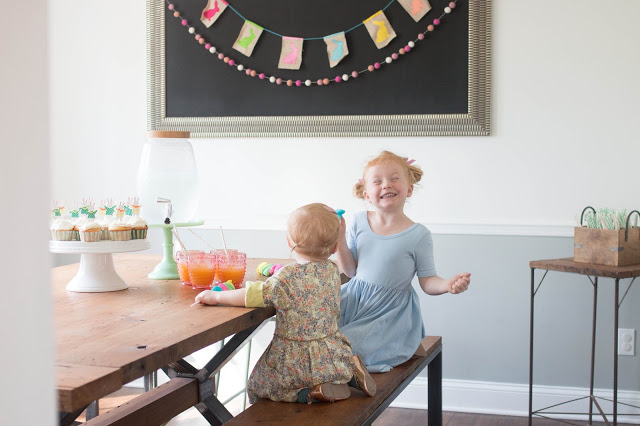 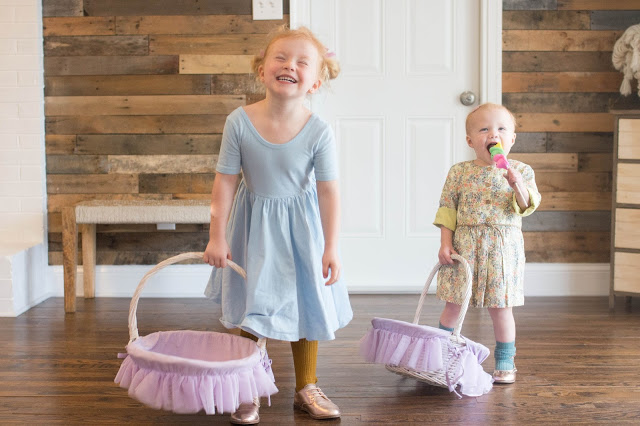