Happiest Mother’s Day weekend to allll the mamas, grand-mamas, dog mamas, and most especially, to those who find this week difficult — the reality that this day is not always the happiest for all is never lost on me + I send love to those who won’t be able to celebrate with their loved one(s) or are in the season of trying for a baby of their own.

Sunday will be my SEVENTH Mother’s Day.  Seven years of motherhood.  Seven years of nightly wake-ups, of tantrums, of wiping butts, and of chaotic dinners where we are shoving food in our faces in between getting everyone else what they need.  Of big, heavy stresses like who we can trust to watch them when I’m at work  + smaller ones like making sure they will love what’s in their Easter basket.  Seven years of days that seemed like they would never end but at the same time, that have gone by SO FAST.  It’s not always rainbows and butterflies, but goodness these babies are theeee best and there is not one millisecond I would change anything about the life we have chosen, with them as the biggest part of it.

Yesterday I took off half a day for Avalon’s spring concert at preschool.  Afterwards I took our two little girls into Target, we needed one million + one things and even though Remerie had skipped her nap and was starting to get fussy, I put her in the stroller and gave her a mum-mum and tried to go through the aisles as fast as I could.  Avalon is usually super laid-back and the easiest kid to take anywhere, but of course my luck, this day she was not.  She wasn’t listening, kept wondering away from me, and was definitely not earning that toy from the dollar bin I bribed her with when we walked in.  My patience was quickly running out and just when I thought it couldn’t get any worse,  Remie FLIPPED HERSELF OUT OF THE STROLLER.  She was fine, thankfully (just super upset) — but I was not, and was feeling like the worst mom ever.  I was holding both girls, the stroller, the million + one things, and trying to walk as fast as I could to the check-out line when an older woman came up to me and asked if she could tell me something.  I was positive she was going to tell me I was an unfit mother and should never have more children (little did she know I had another one at home) but instead, she said, “I have been listening to you + the way you talk to your kids and I just have to say how good of a job you are doing.  I always hear parents yelling at their kids and really admire how you are talking to them”.  I seriously could have hugged her.  I think she may have been lying to make me feel better 😉 but in all honesty, it was the best reminder that we are all doing JUST FINE.  As moms we are our hardest critics and it’s so easy to forget that to our babies, we are everything and were chosen to be their mama for a reason, we are just what they need. 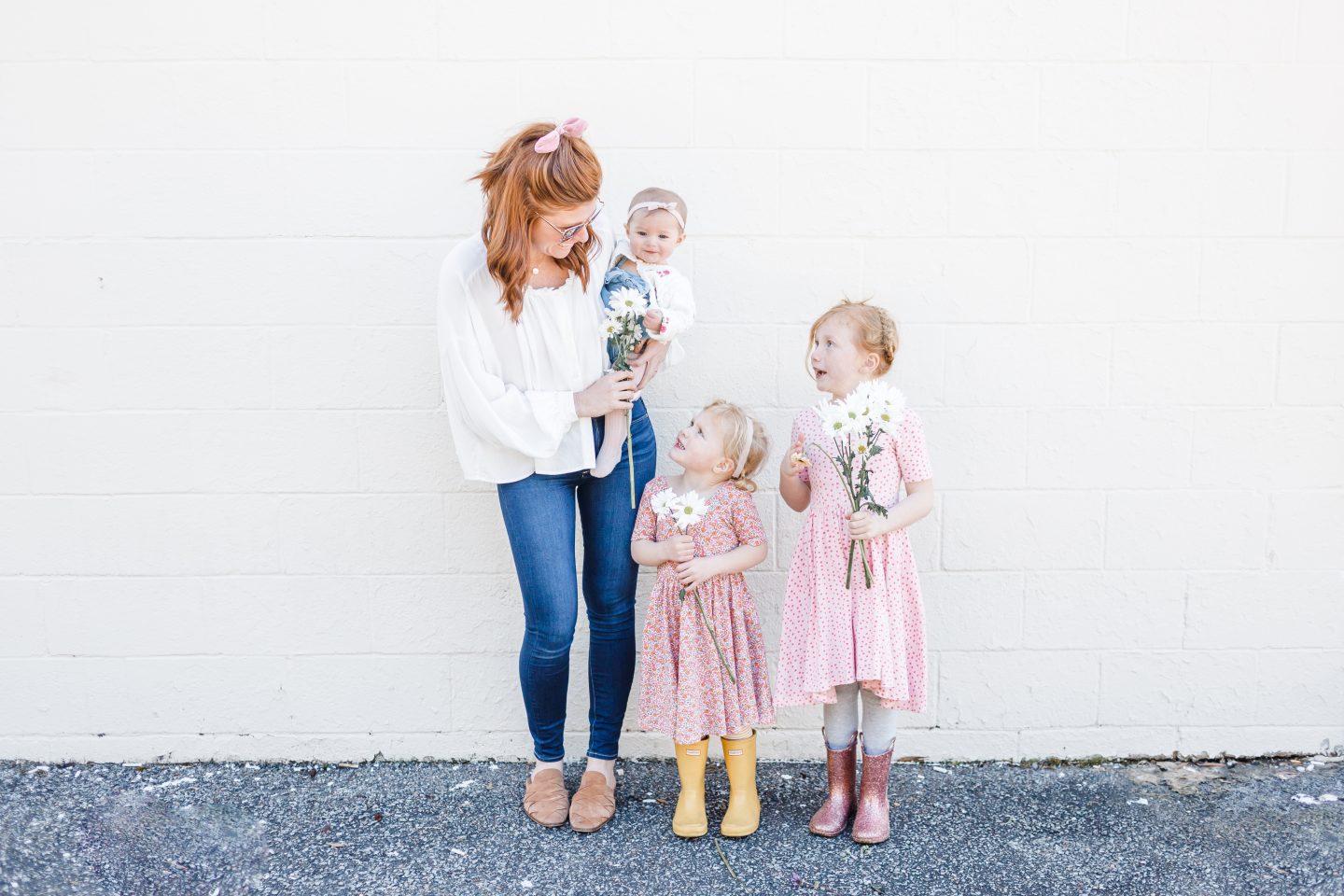 I am paying it forward this Mother’s Day weekend, thanks to the sweetest woman who changed my day 1000% for the better with just a couple of sentences — and sending you love and the reminder that you too, GOT THIS mama. Happiest Mother’s Day, you soooooooo deserve it!!!! XO