Merry Christmas week, friends!!  Hope you all had the most wonderful holiday weekend, we had a good mix of fun & getting some last-minute to-do’s checked off the list.  I think I am FINALLY done and ready, though I’m sure I’ll think of at least a few things in the next hour.  And then probably some more after that.  Isn’t that the way it always works?!  Christmas was so much easier when I was a kid.
We went ice-skating, Waverly had been soooooo excited to do this & so was I, we’ve never been with her and I think the last time I went I was probably in middle school.  It almost turned into the biggest fail ever, as soon as we got out on the ice I realized that I really had no idea what the hell I was doing and could barely leave the side (much less hold a toddler), which turned into Waverly freaking out.  Like the tears, kicking & screaming kind of freak-out.  Then daddy came from work & saved the day (don’t they always?), he pulled her all around the ice and I’ll never forget how proud her little face was.  It was so much fun, this will definitely become a yearly tradition! 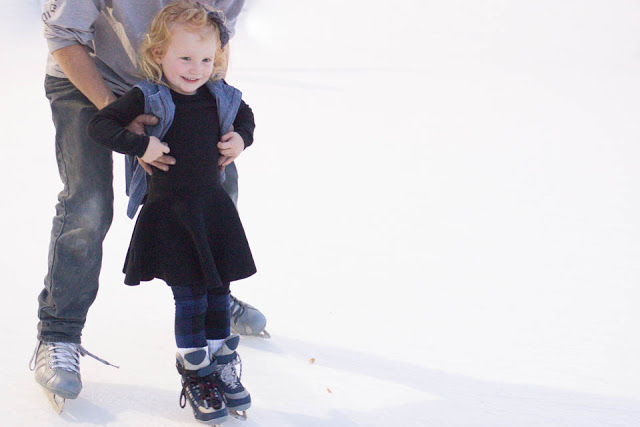 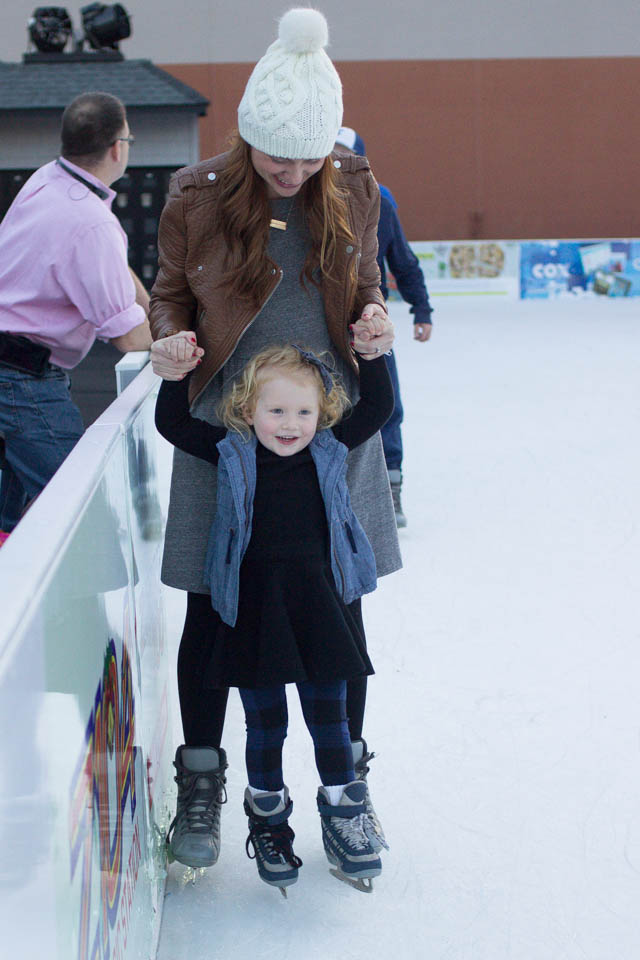 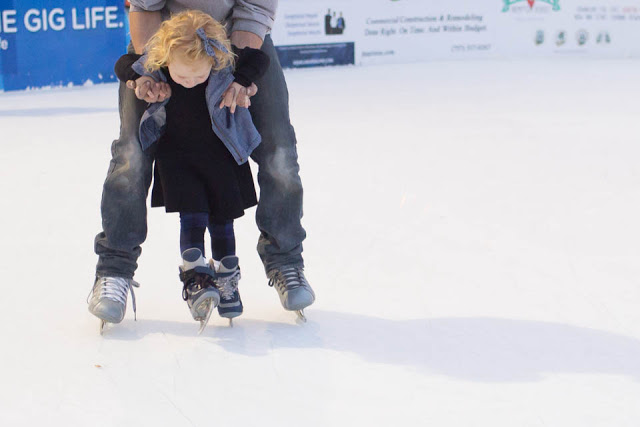 Avalon’s little face in that baby bonnet is just my favorite, I have the biggest obsession with bonnets & she just might be getting another in her stocking.  I know she is dying for one! 🙂
Other highlights, we did lots of wrapping, lots of baking, drove around and looked at Christmas lights, & even snuck-out for an adults-only day date to get some stocking stuffers for the girls.  Also, Waverly’s dance class had a small performance to “We Wish You a Merry Christmas” and it was pretty much the funniest thing ever.  Not one girl in the class did more than five moves & never consecutively with anyone else, but they did all grab hands and circle around each other in the most impressive of ways!  I have about 500 more pictures but loved the one of an embarrassed Waverly when we walked in and her sassy hands on the hips (which really was the only time she did a move) the very most. 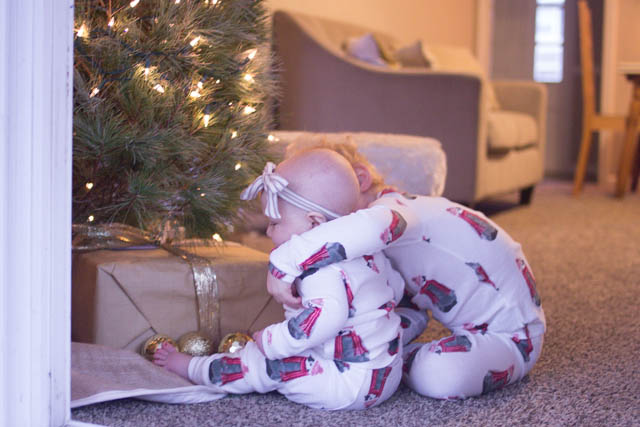 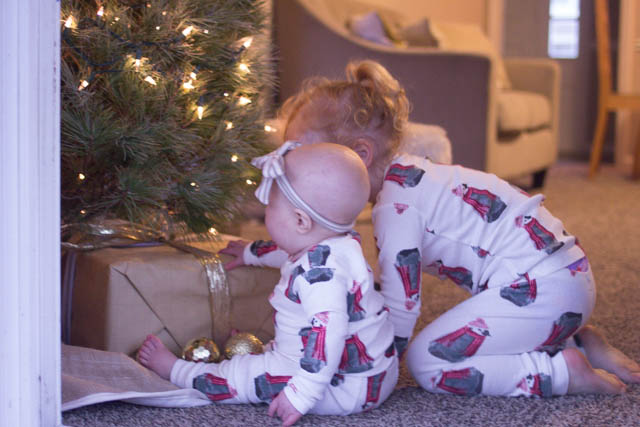 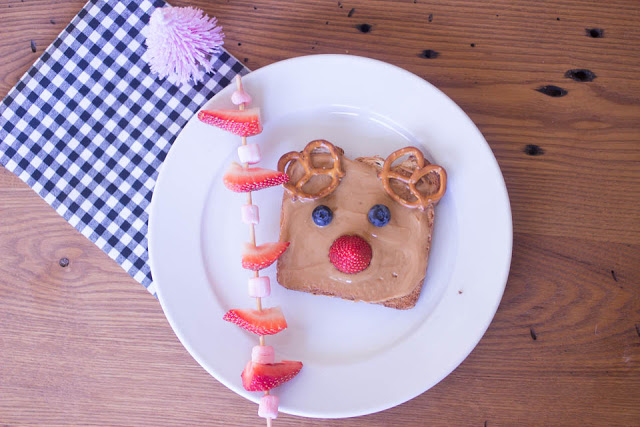 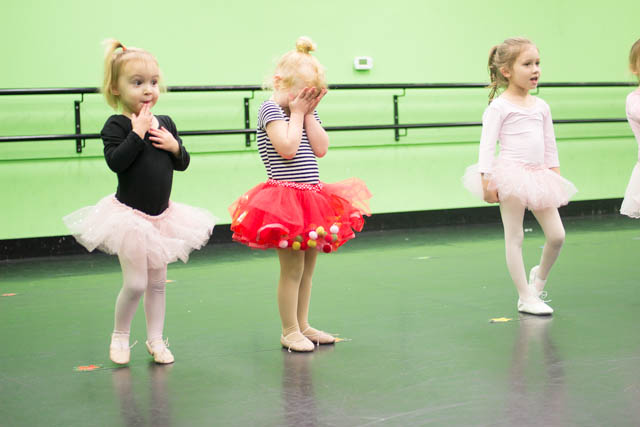 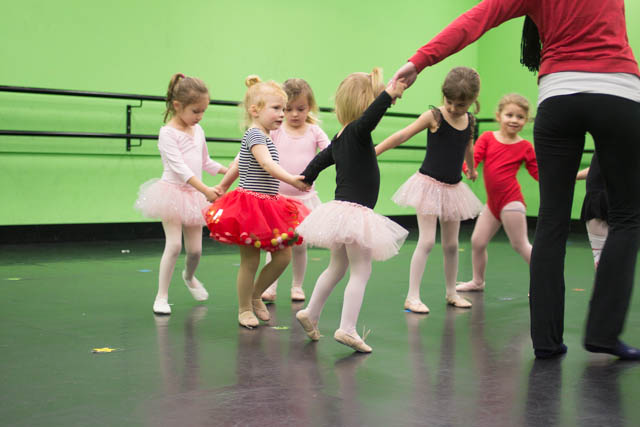 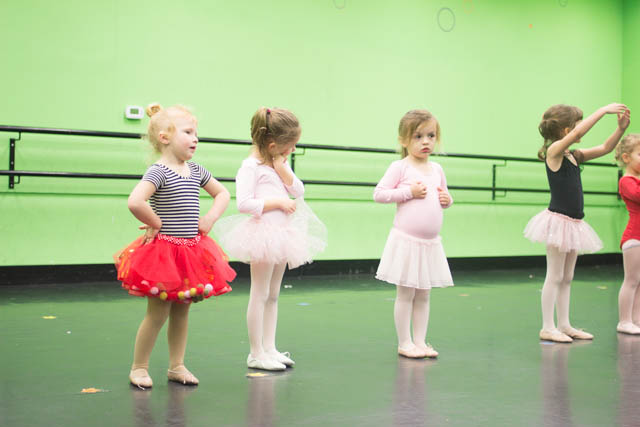 They have some work to do before the big performance in June, but regardless, there’s not much cuter than girls in tutus.  On the way home Waverly said, “Mom. I was fantastic”.  Of course.

Wishing you the merriest week!  XO