Stopping in to share some favorite photos from our Halloween before we officially embrace ALL THINGS CHRISTMAS over here!!!  Our girls had a really fun holiday, they were so excited to trick or treat and to do all the Halloween things like decorating pumpkins, making cookies + watching Hocus Pocus a million times.  There were definitely less people out in the neighborhood because of Covid (which was sad), but the positive was having Halloween on a Saturday — we were able to make a weekend out of it + I wish it could always be that way!

A little about their costumes for Halloween night.  Waverly was insistent on being a witch all month long, I really wanted her to coordinate with her sisters + tried ordering matching witch outfits for them but she was not about that and really wanted to be something all of her own.  So kind of last minute, I got the supplies for Avalon + Remerie to be cotton candy.  I had seen the costume idea and always wanted to try it, especially because Avalon is obsessed with all sweets and because her personality is just so super sweet, it was the perfect costume for her (and Remie wants to be just like her!!).  We spent a good part of the week making it, and then Halloween night right before trick or treating put it on Remie + she refused.  Refused.  Like not just refused, but was tearing it off of her.  Avalon was all about it until it started falling apart.  So I remembered I had a pig costume of Avalon’s from a few years back upstairs, grabbed that for Remie, took a few photos of Avalon and let her pick a costume from the dress-up bin.  It was completely our costume fail (and for the record I will never make a costume again!) but I already know how much we will laugh about it forever and somehow it’s always worth it.

Here is the tutorial if you would like to experience it for yourself. 😉 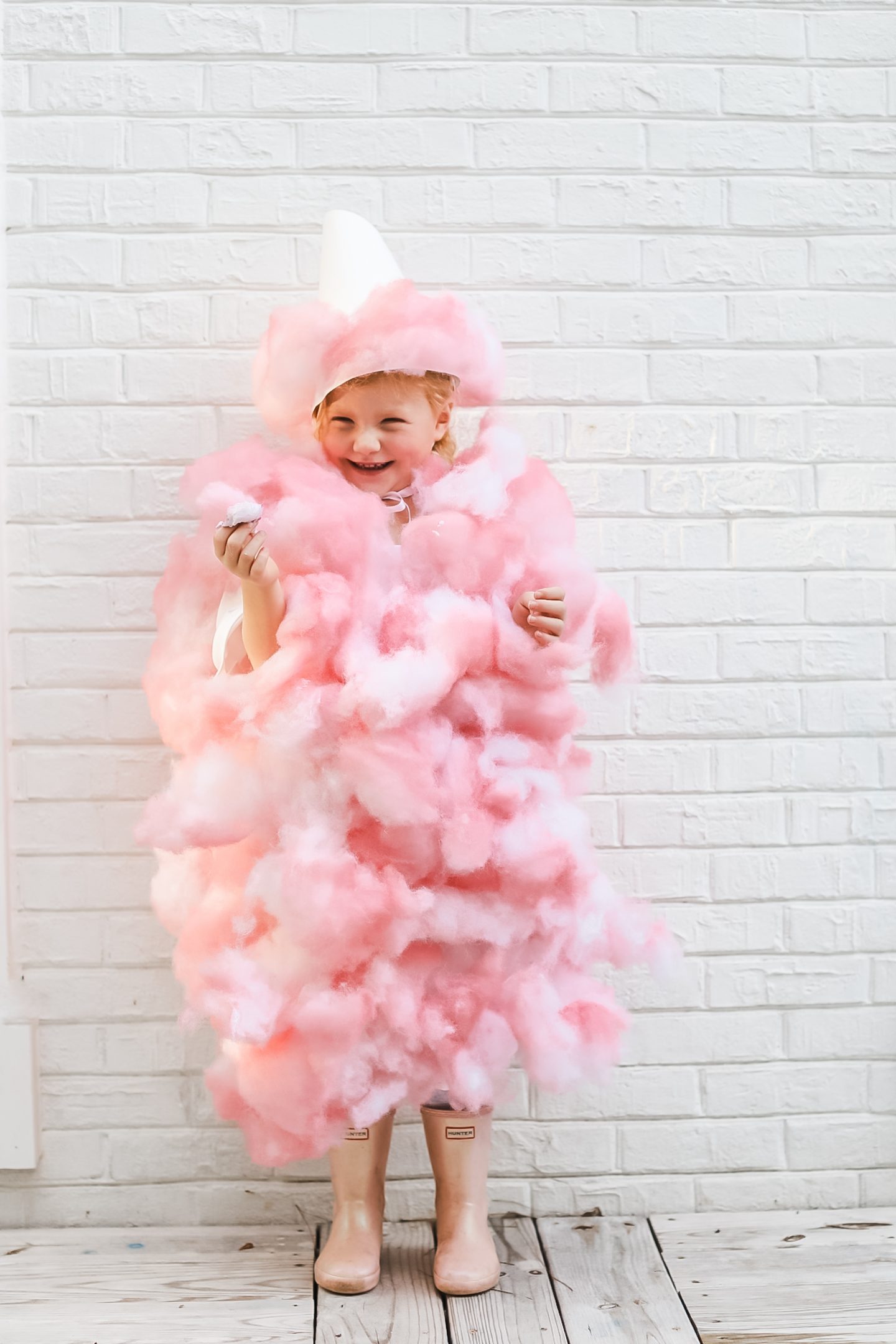 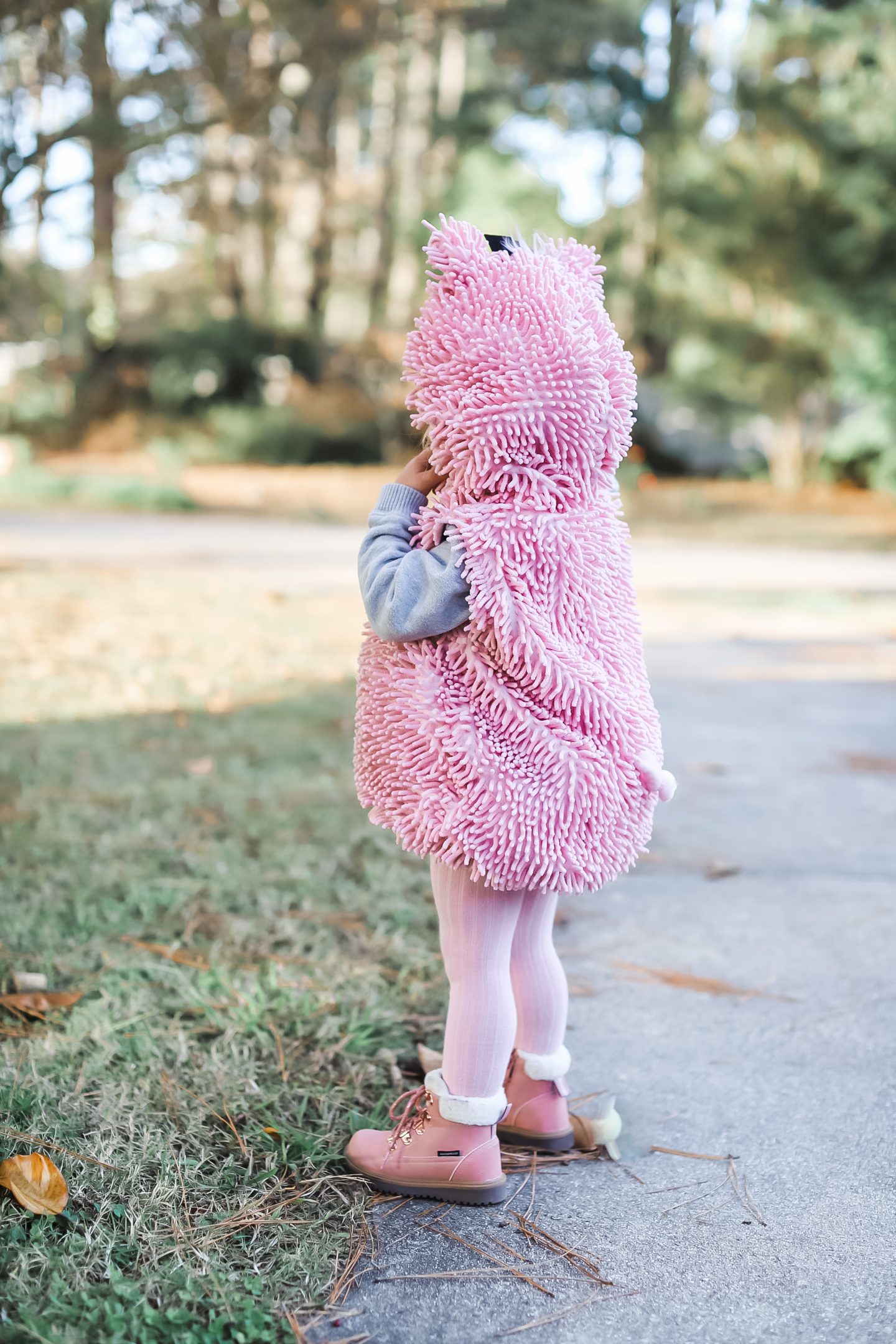 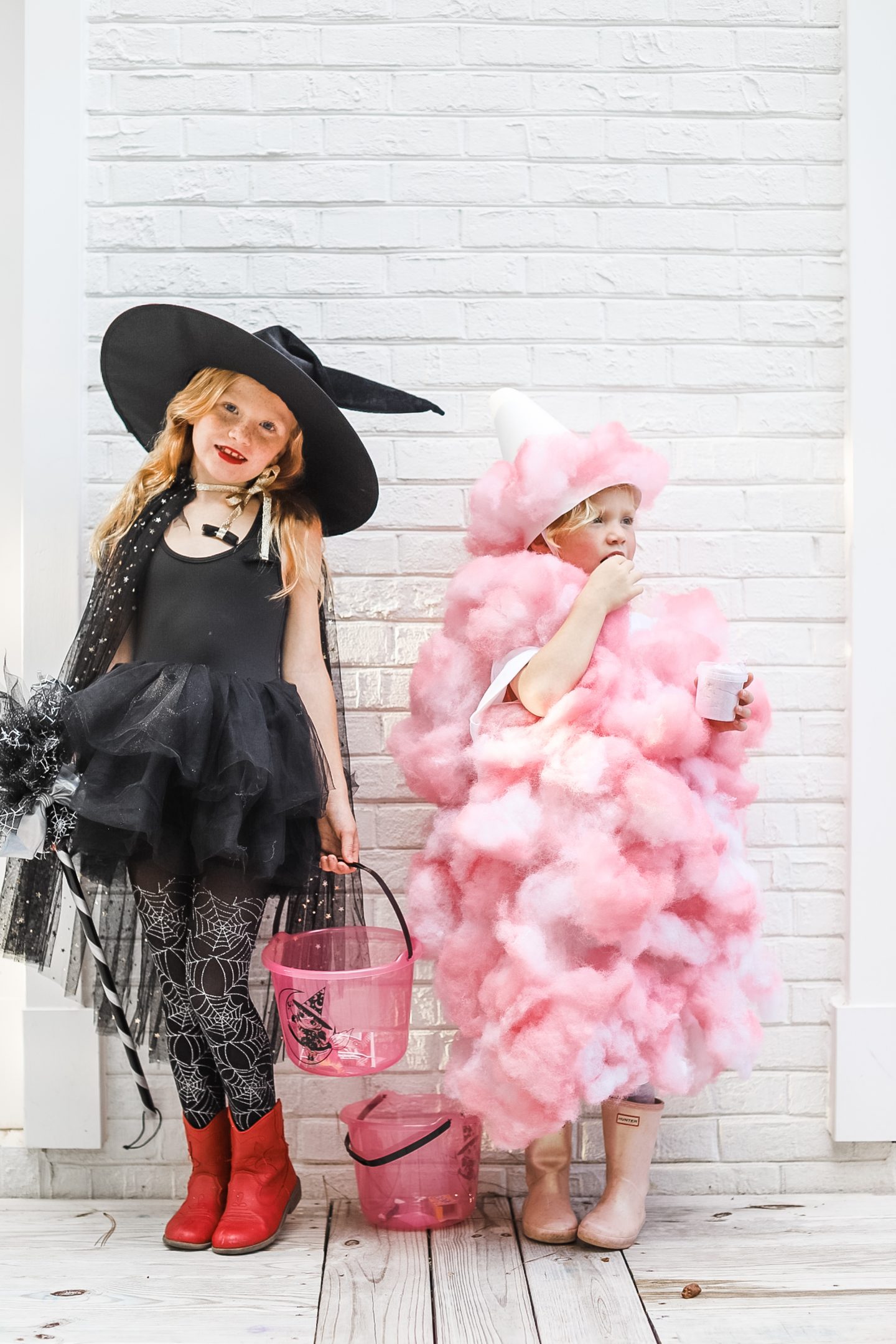 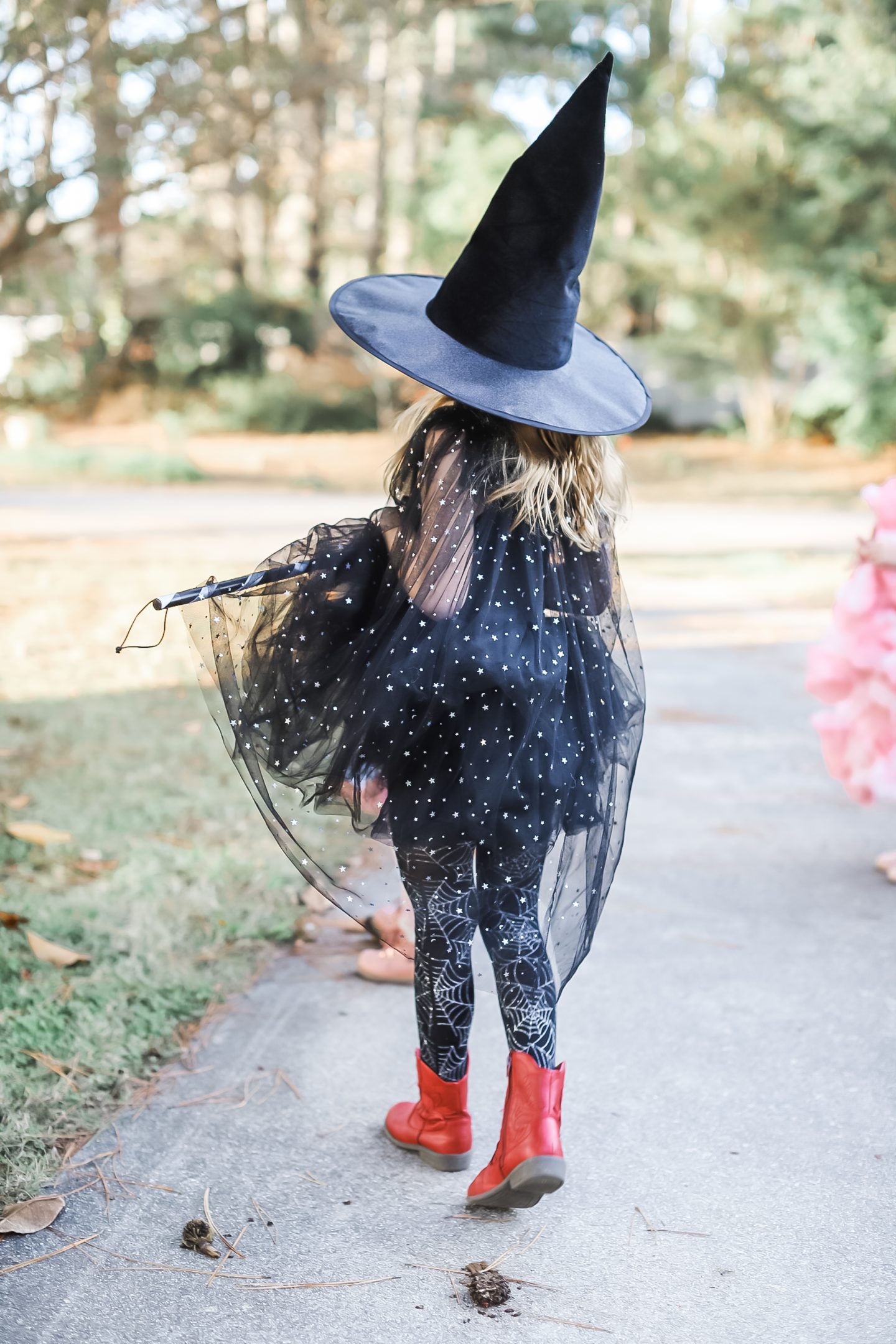 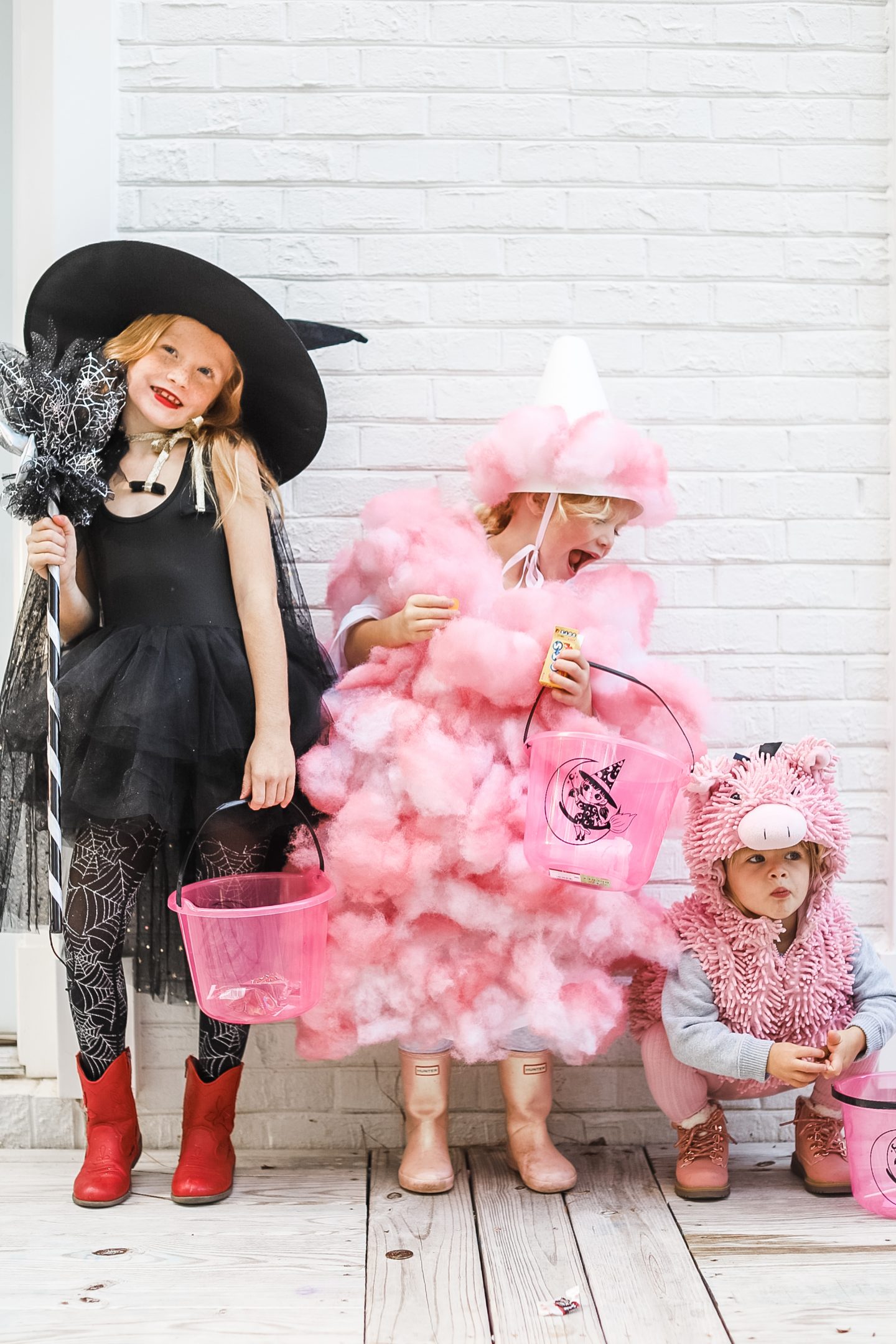 Trick or treating is always the highlight of October for me, there is just nothing like the magic of watching little ones going door to door with buckets.  All three girls were at really fun ages for this, Waverly was so excited to see her friends from school, Avalon will forever love this tradition for all the candy, and Remie was the CUTEST running up to the houses. 🙂

And just a couple more photos of the girls from the week before, my mother-in-law made the most beautiful headbands for them — Avalon & Remie were deers and Waverly Maye was a fox!!!  Keeping these in the memory box forever. 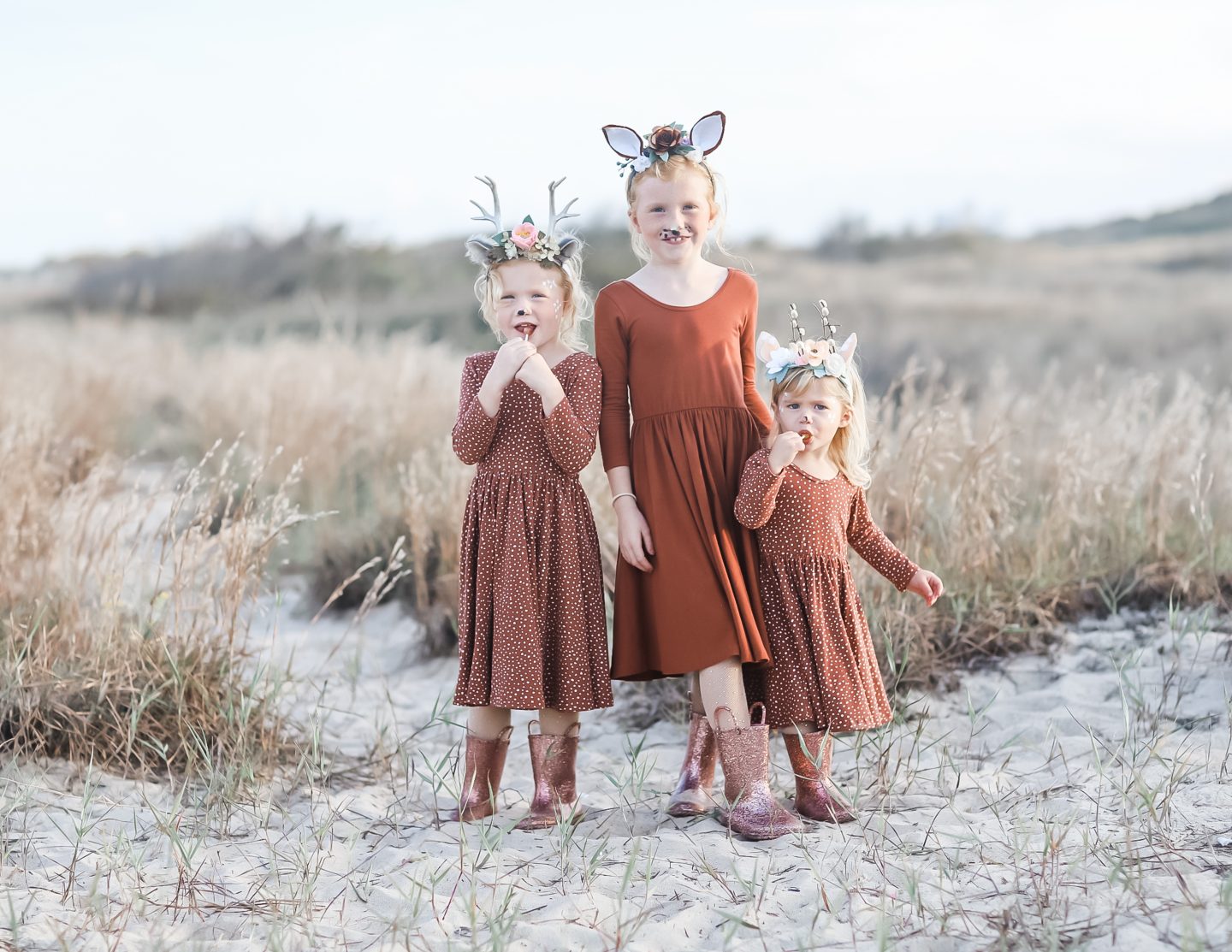 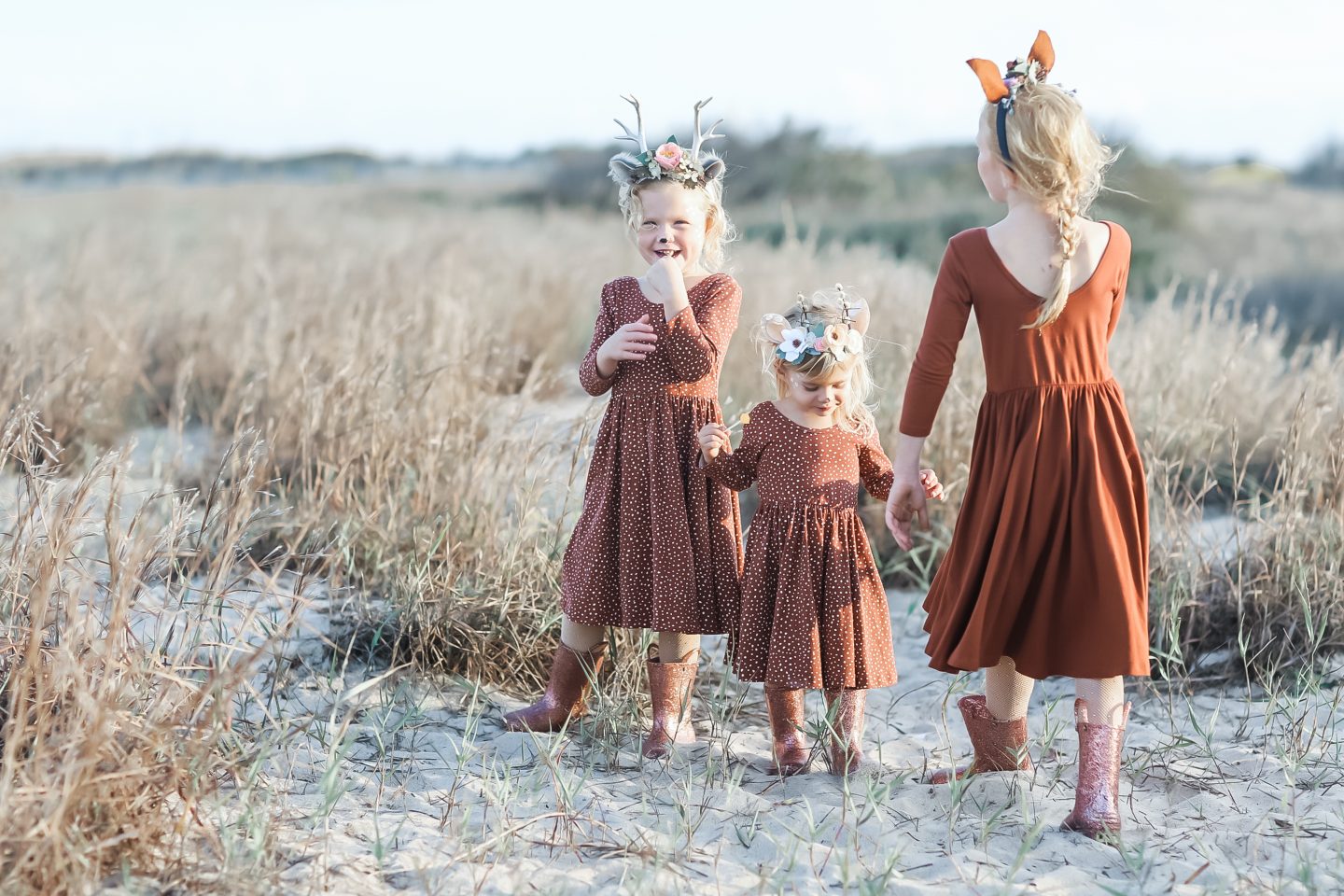