I usually try to keep things more light and positive on the blog, but keeping it real, this Halloween was not quite as festive or cheery as holidays normally are our way.  My grandfather was scheduled for heart surgery early Halloween morning, so I spent most of the day at the hospital with my family while the girls were at school and then with my mother-in-law.  I would obviously gladly trade any holiday for his good health, and though he is still currently in the hospital, I have no doubt that he will be laughing and bouncing my girls around in no time.  Any good vibes or prayers our way for his recovery are welcomed!

I was able to make it back just in time to get the girls ready for trick or treating, I could not wait to get them in their costumes and help them put a little makeup on (which they were so excited about!).  This year they decided to be princesses, it was pretty clear early on in October that there was exactly zero chance in me picking their costumes this time around, and then we walked into TJ Maxx one afternoon and saw the prettiest Snow White & Belle costumes in their size that they loved, so I couldn’t resist!  Easiest costumes we have ever had, and they have already also gotten to wear them to a princess birthday party and a few afternoons playing dress-up at the house.  Right before we went out to go trick or treating, Waverly ran to her basket of dolls to get her Snow White and Belle dolls for each of them to carry, they were so proud and absolutely loved being princesses so much!  I would definitely say that this year was the one where they loved going to each house the most, Waverly was loving running around with some of her friends from school and Avalon was the sweetest EVER running after them all from behind.  For the first time ever we lasted right up until the very end, the four of us drove my brother’s golf cart around our neighborhood — Waverly was crazy excited as she racked up on the remainder of everyone’s candy since there was no other trick or treaters left, and Avalon fell asleep on my lap with a lollipop still in her mouth.  Stay little forever. 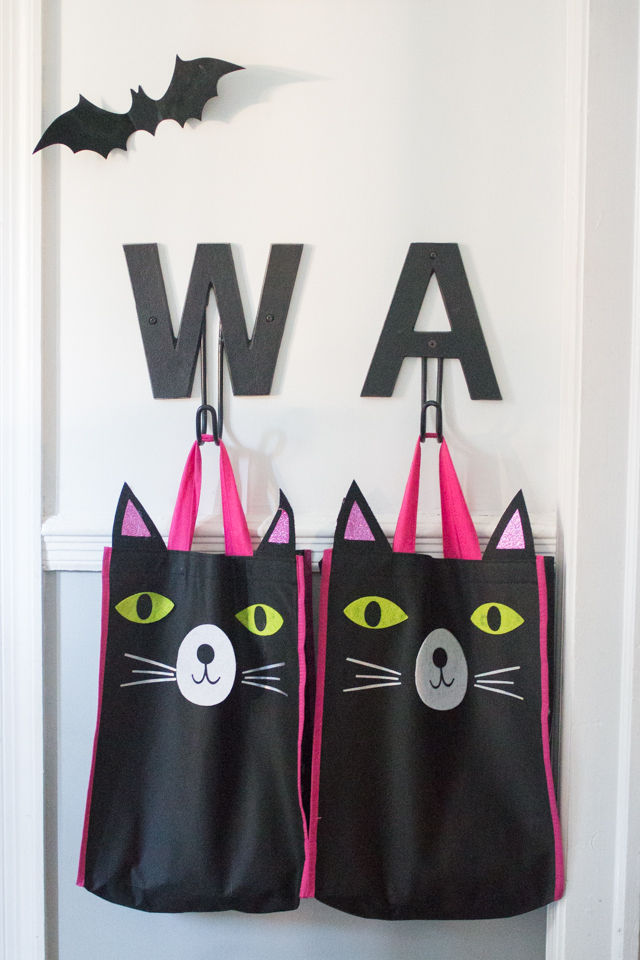 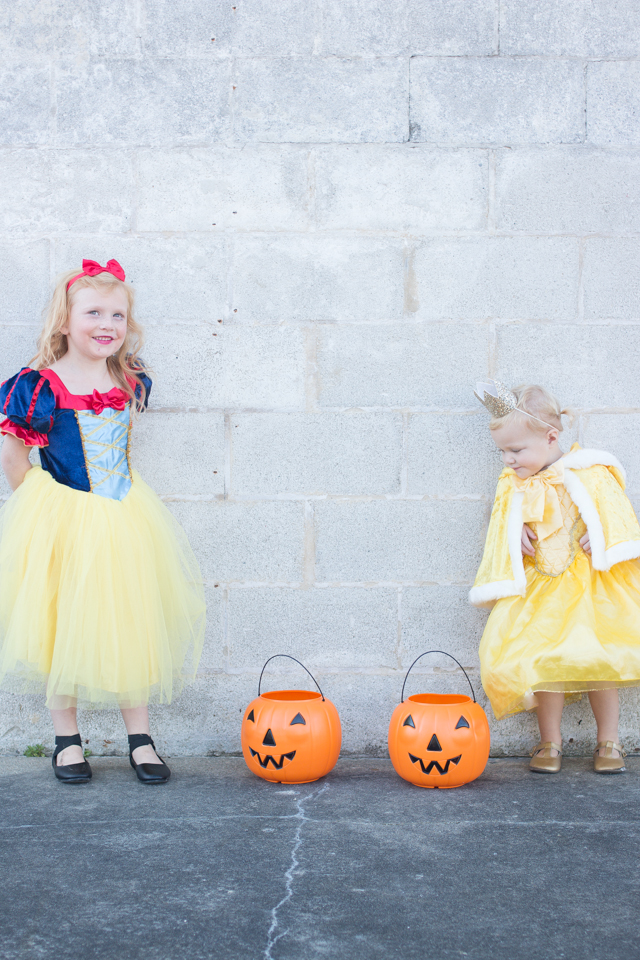 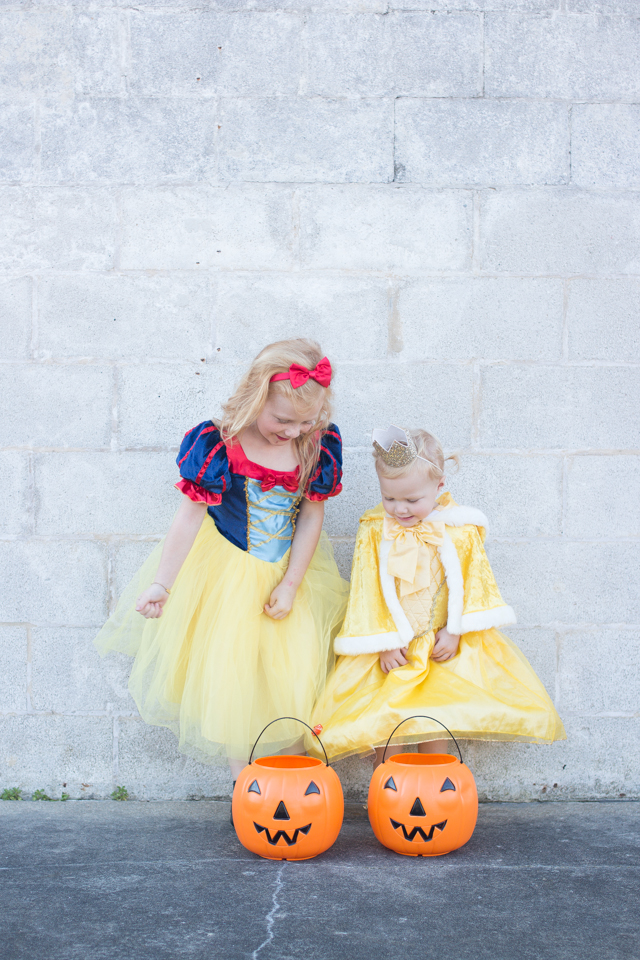 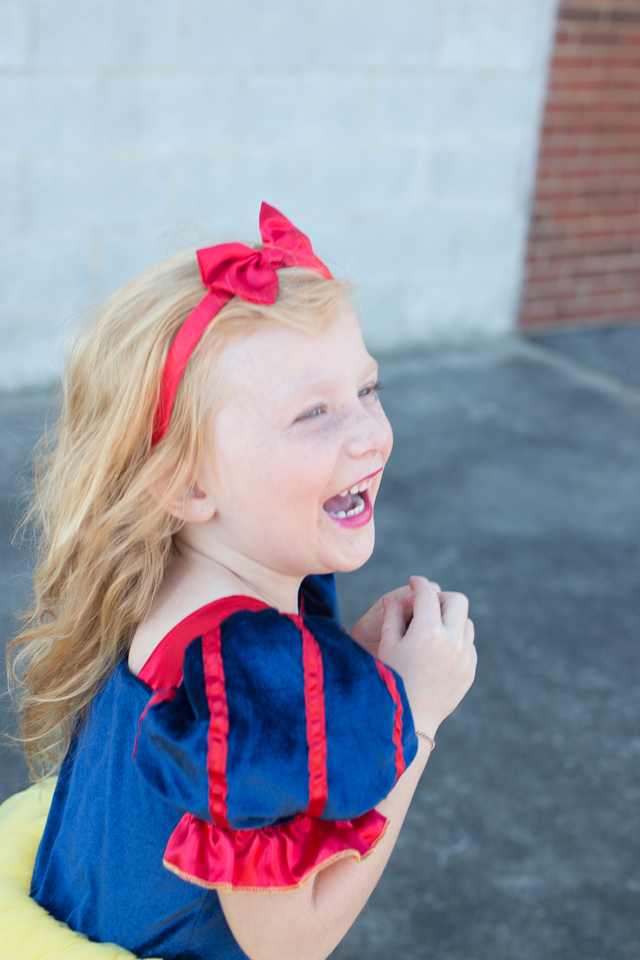 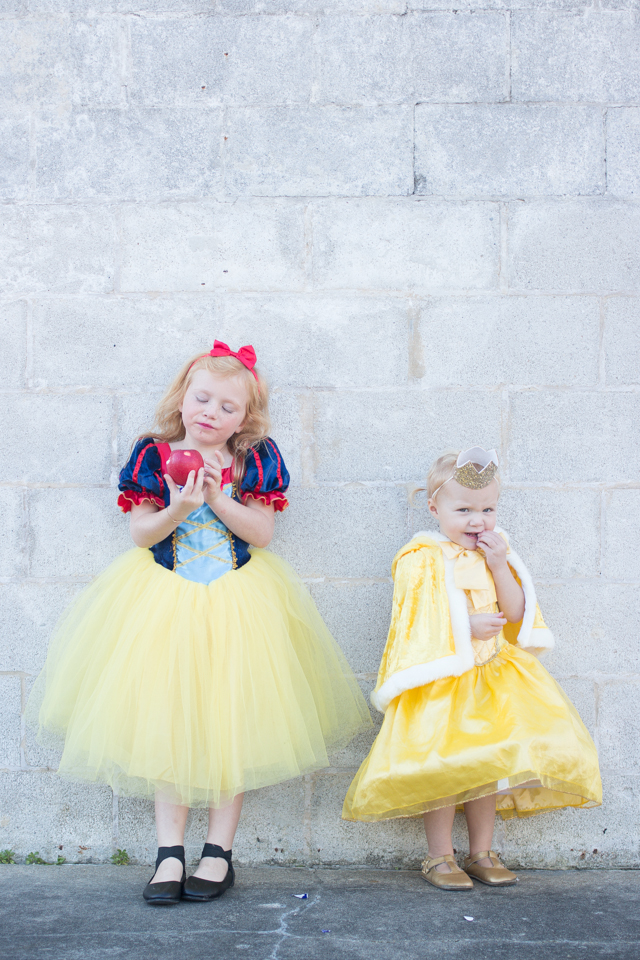 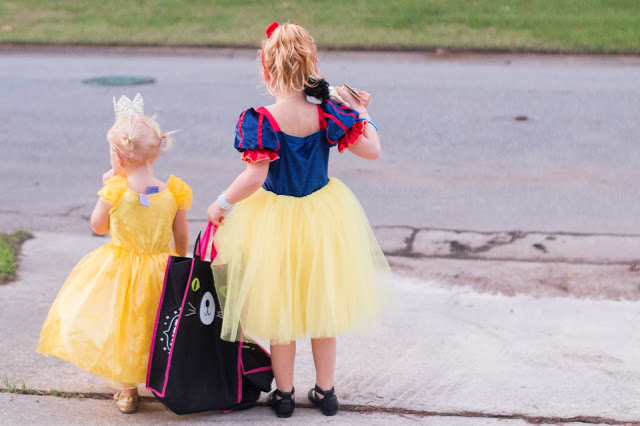 I also wanted to share a few pictures from our weekend, we finally carved our pumpkins!  This is an activity I have a love/hate relationship with, it’s always a huge mess and the kids usually are into it for like the first five minutes (much like painting, which takes thirty minutes to set up and usually lasts five), but it’s always so much fun seeing the final product and them getting so excited over it.  Thank goodness for my husband, each of the girls picked out the hardest picture out of the book, a witch and three pumpkins.  He actually ended up getting some power tools out of the garage to make it happen.  As for me, I forgot to even take a picture of the final product — but they were amazing and so pretty lit up on Tuesday night! 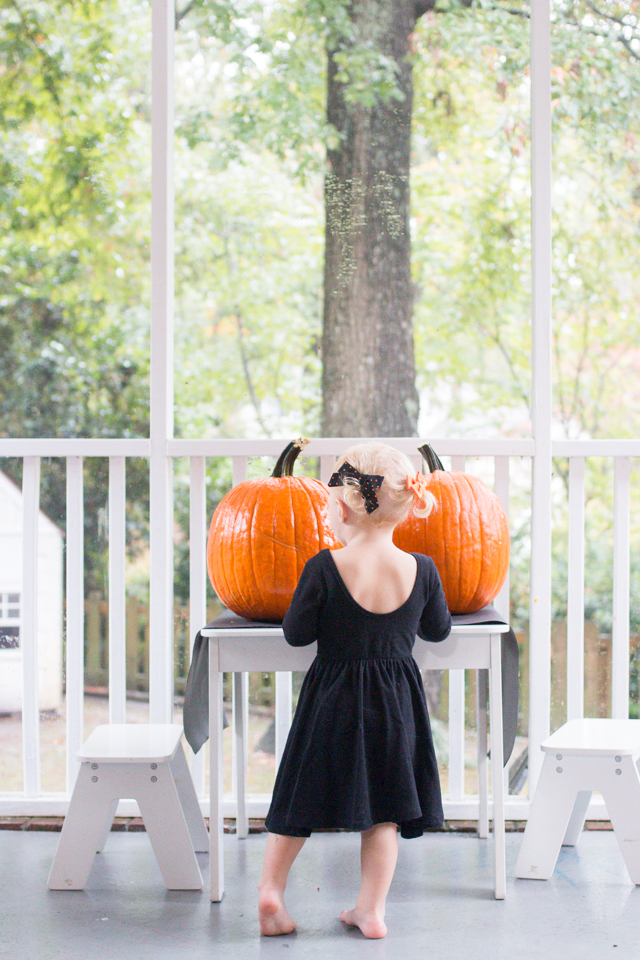 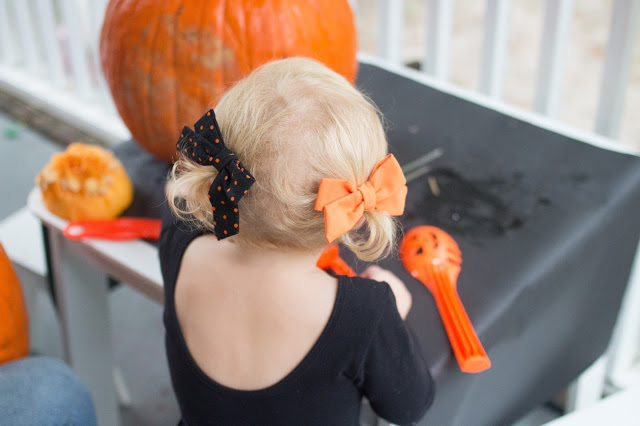 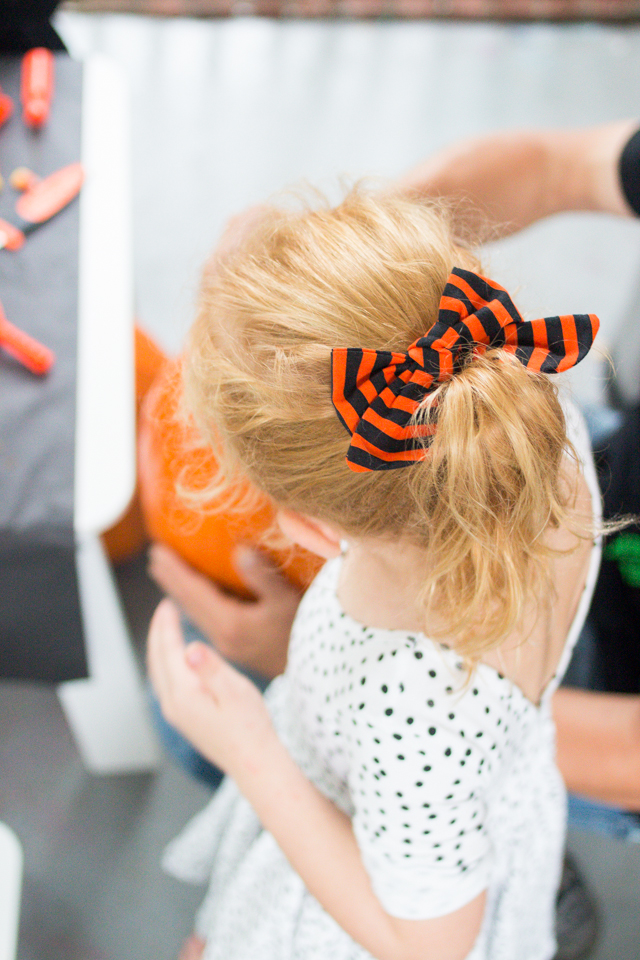 Hope you had the most amazing Halloween night with your families!!!  And now — it’s officially Christmas, y’all! XO