We were pretty bummed that the forecast called for a tropical storm on the Fourth (the “we” really means me, the holiday-obsessed in the family).  It was pretty much a definite that the weather was going to be a bust, so of course, all the fireworks in our city were cancelled along with our neighborhood kids parade.
No fun.


On the upside, I stocked up the best way I know how, I bought all the themed-out food I could think of, plus some festive balloons to make some sort of attempt to replace a good beach day.  Friday morning, we had a red, white & blue breakfast for three. 🙂  The muffins were amazing, the recipe was from the link-up we recently did & I can’t wait to share later this week. 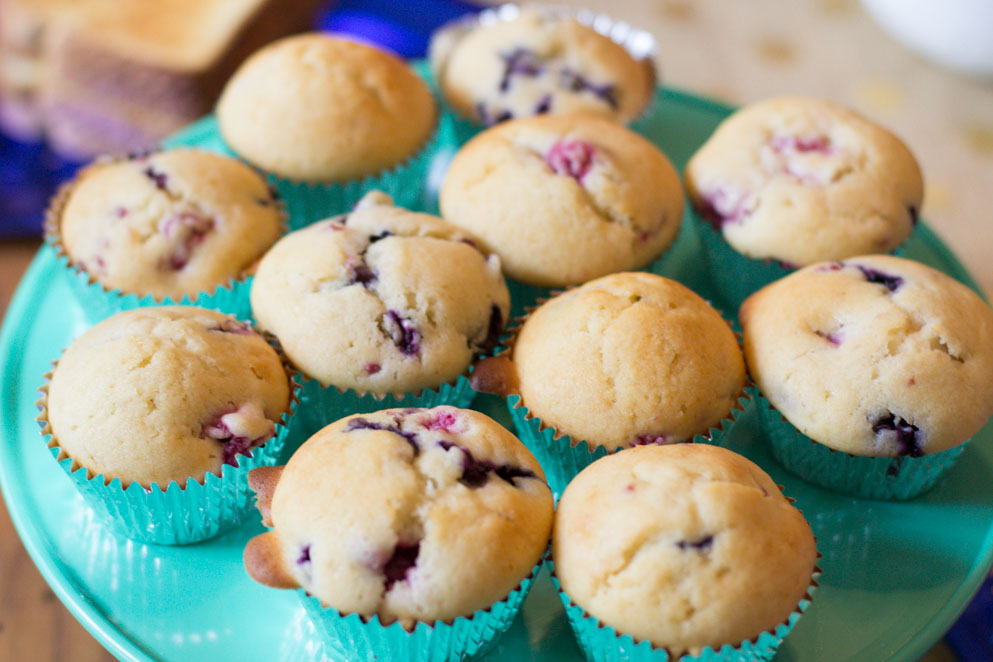 The balloons were a major hit with Waverly Maye, she has definitely seen them before but thought watching us actually blow them up was just the coolest thing ever.  My husband had the bright idea to bring in the air compressor from the garage (he always steals the show), & Waverly could not get enough!  She kept shouting “happy balloon day!”, kicking them, & watching them fly through the air.  It was so incredibly cute, I can’t wait to do it again on her birthday in a few weeks! 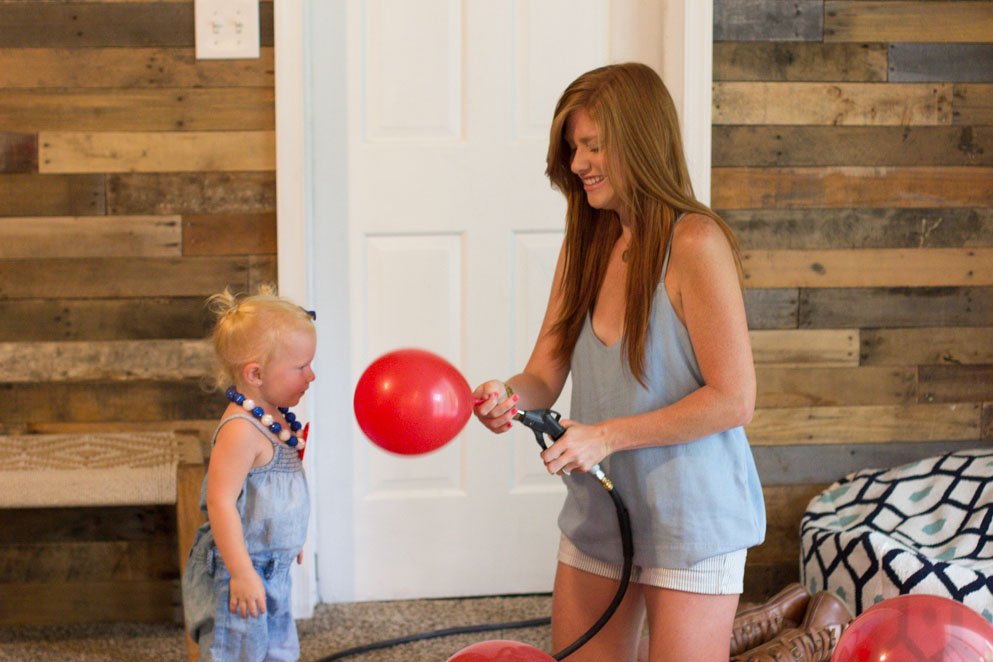 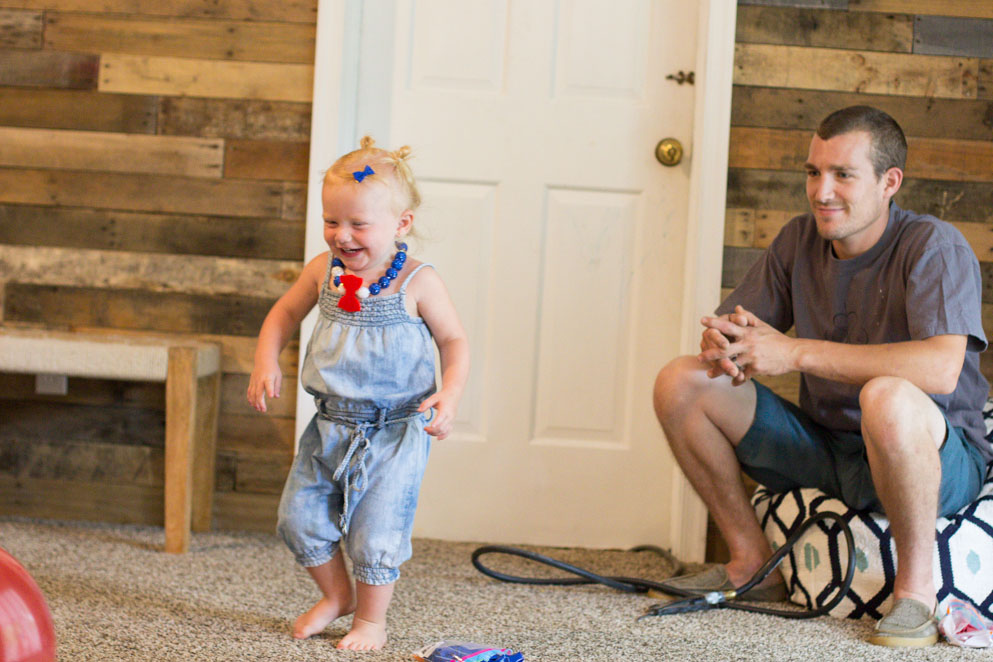 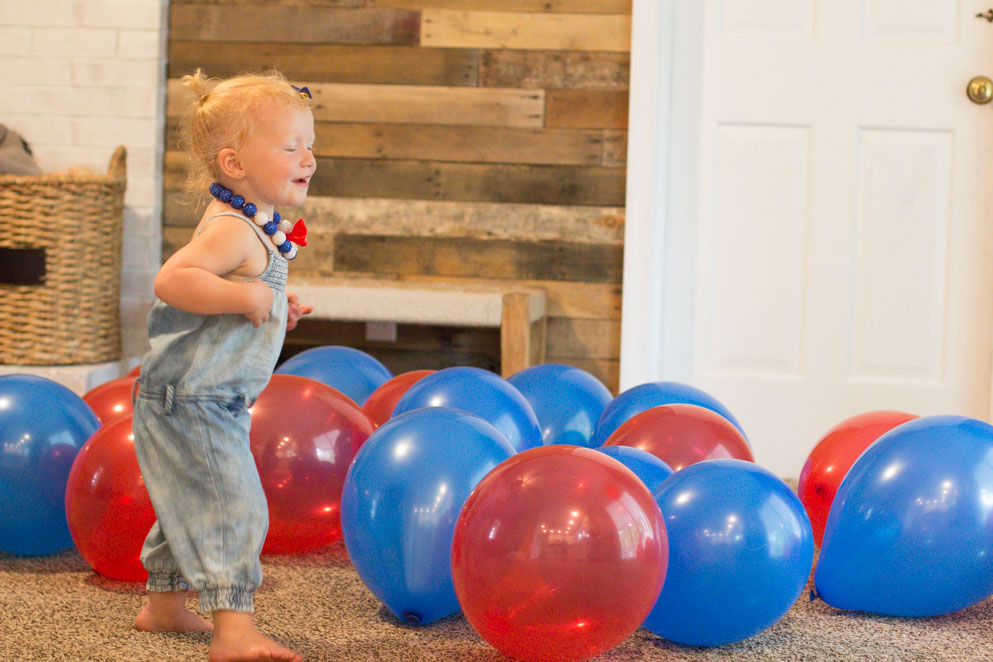 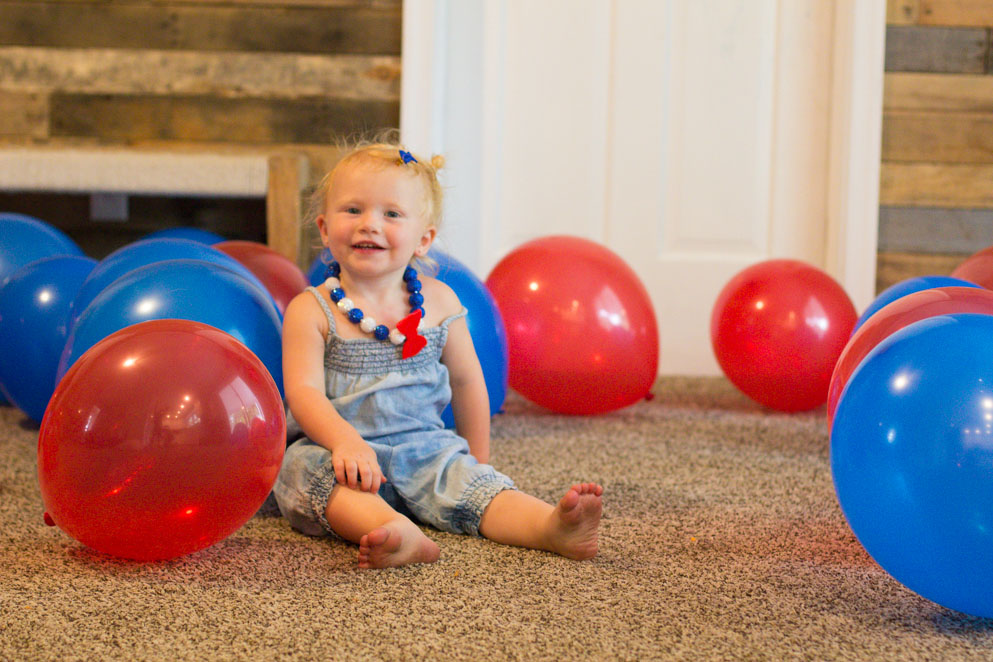 Thankfully the rain stopped (& honestly was no where near what they predicted), so we were able to go outside & then to cookout with some family.  We ended the evening with smores & sparklers, which was an unexpected surprise since we were all convinced the weather wasn’t going to let us do any of that. 🙂 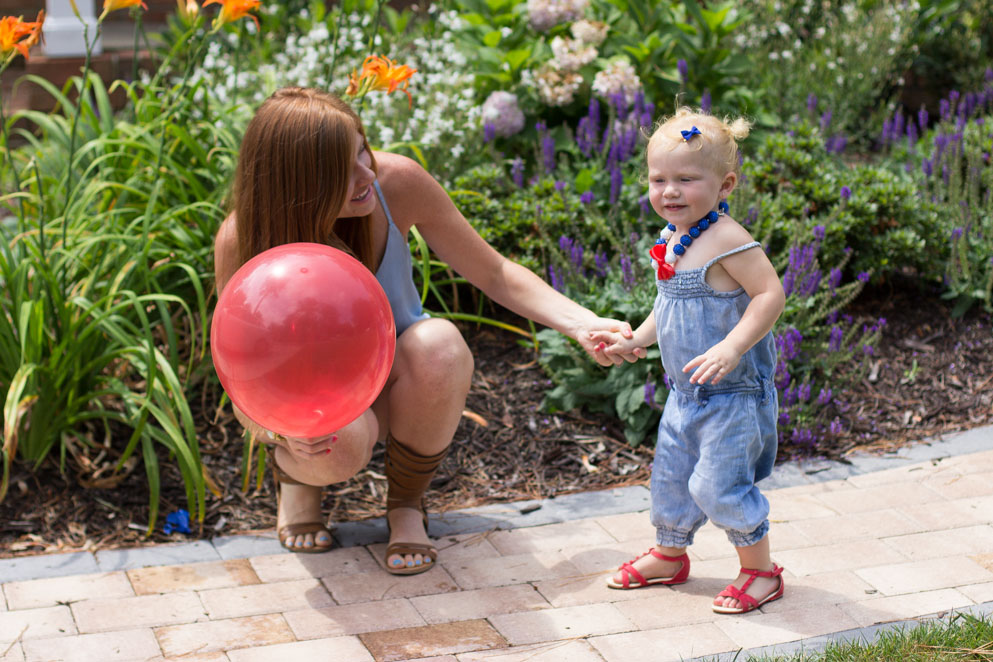 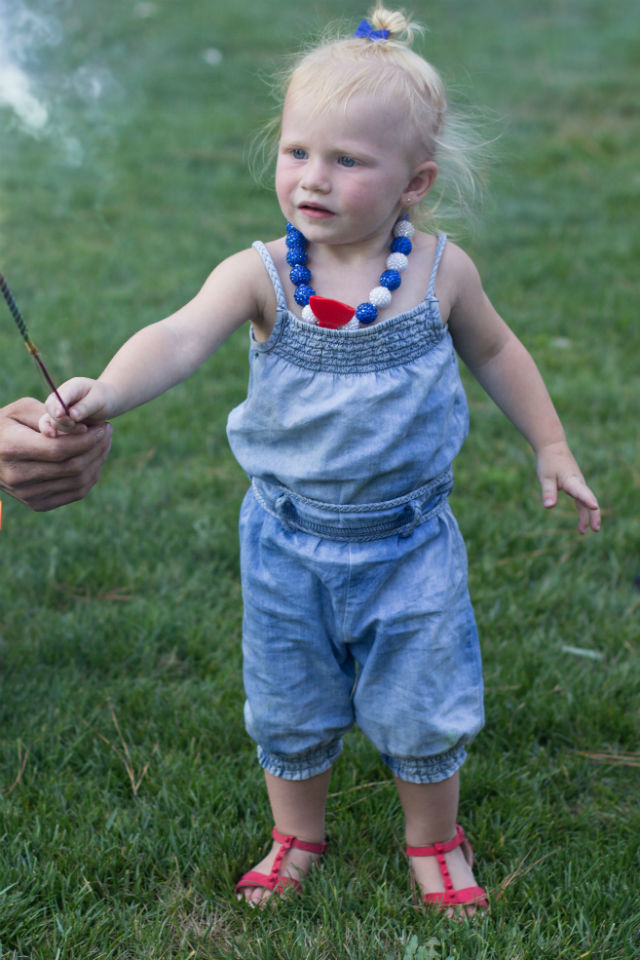 AND the next day, the weather was beautiful & we got to do it all over again!  We finally got our kids parade, our beach day, & then cooked out with my side of the family.  It actually ended up being perfect, with such a big family we always find it hard to fit everything in so this time, we were able to see everyone we wanted to & celebrate more than ever.  It almost made me wish for a tropical storm each year. 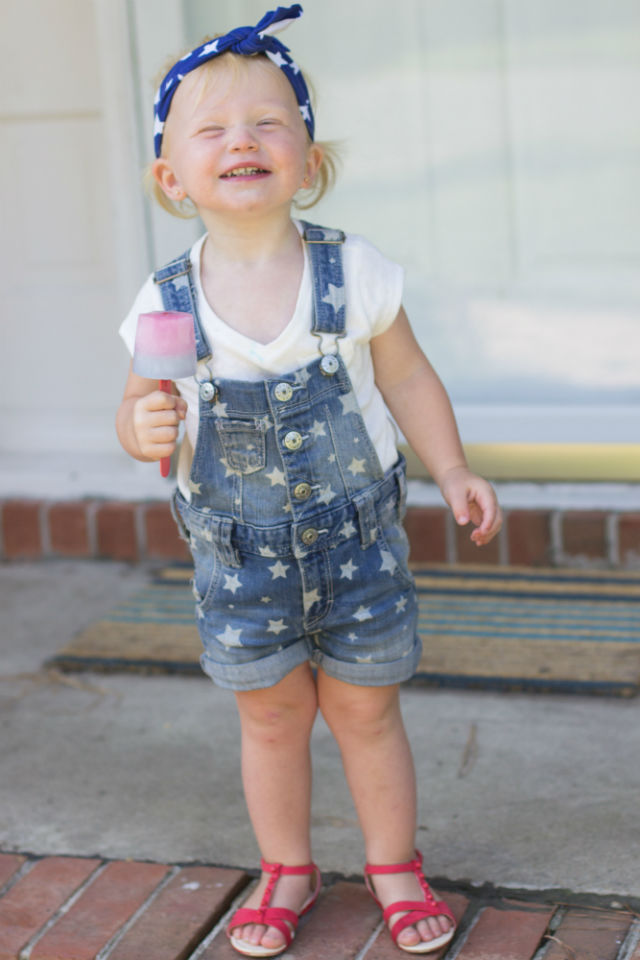 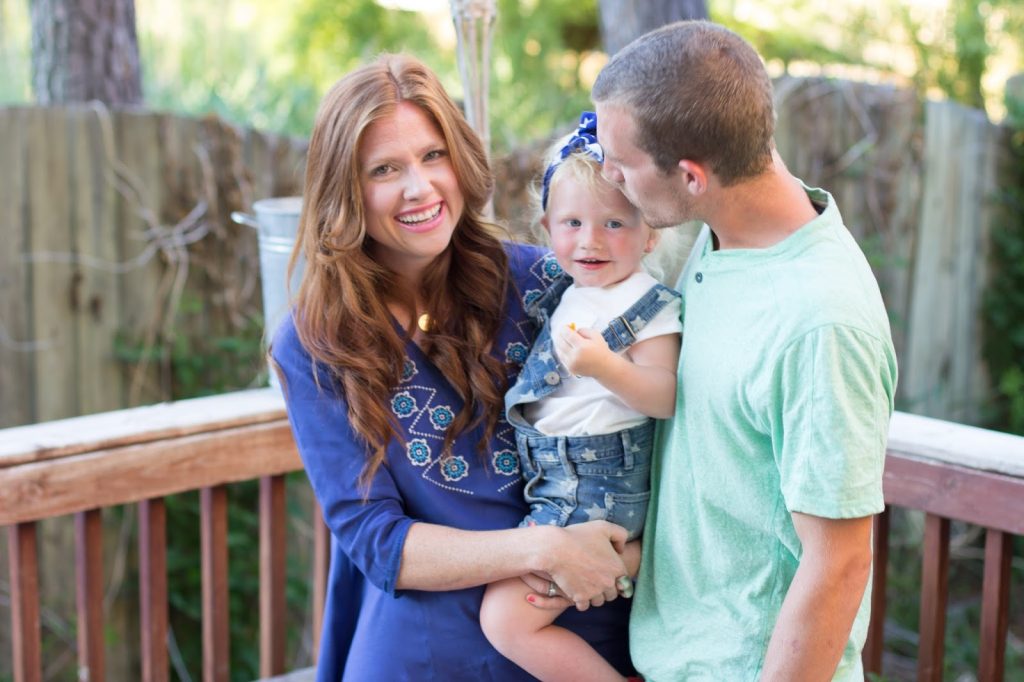 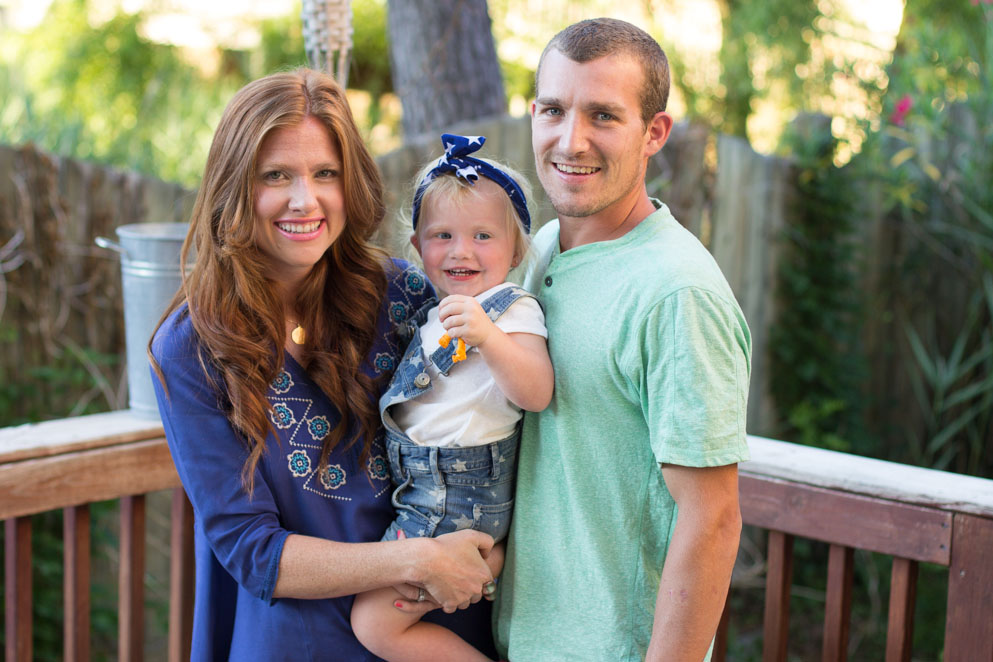 Of course, we did go see the fireworks that night but after two days of festivities, Waverly officially decided that she was over it (like literally as they began).  So there we were, my husband & I (riding bikes pulling Waverly in the trailer), the only two people in Virginia Beach riding away from the fireworks display after we had traveled all the way down there the hour before.  We kept turning our heads to get a quick glimpse, it was one of those moments you realize you are definitely parents & oh how life has changed. 😉
We hope you all had the best holiday weekend!
XOXO