Happy Friday, excited to stop in and share some random thoughts before kicking off the weekend!

1 – Avalon, at 20 months, might just be at my favorite age ever.  I can’t get enough of her!  She talks so much, I think possibly even more than Waverly did at this age, because she copies so much of what Waverly does.  She says her name now (“Ava”, which is what Waverly calls her), asks me for “a hug” every morning before I leave for work, and now when I ask her something, instead of saying yes she says “sure”.  She loves to watch Frozen, and asks to watch it daily, then when it gets to the “Let it Go” part, she runs and grabs the exact pink princess cape that Waverly wears when she performs to it.  We are also starting to potty train her (!!!), she has so much interest in it so we went and bought her an Elmo potty this week.  She thinks it is hilarious to sit on it, not pee, but make the sound of water and then jumps off & says “all done”, before flushing it.  Love her so much. 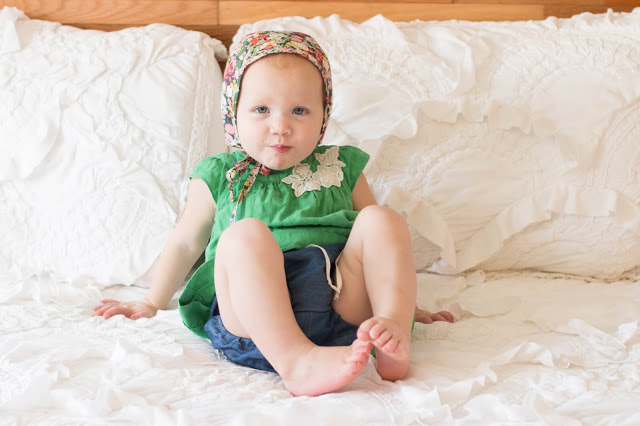 2 – My spring break is three weeks away and I am in major countdown mode!!!  We are going to Asheville for the first time, and are so excited!  It’s actually also the first time we have really traveled as a family of four, and I think after a long winter of sicknesses and lots of indoor time, we are due.  If you ever been to Asheville and have any recommendations, I would love to hear!


3 – The flyer for Waverly’s kindergarten registration came in the mail this week and I am DYING!  Both of excitement and sadness.  Being in an elementary school this year has given me a whole new perspective on it, I 100% think she is ready and will love it, but I just can’t believe that she is old enough for all of this.  She’s so funny lately, she’s (trying) to talk like such a grown up, I asked her if she wanted to play Candyland the other day and she said, “I’m not surprised, I thought you would never ask”. 😉

4 – I took the girls to the playplace at the mall this week (because it’s FREEZING, and we desperately needed to get out of the house!).  Within literally two minutes of getting there, I looked over and Waverly was holding hands with another little girl, laughing and running around like they had been best friends their entire life.  Minutes after, she introduced Avalon to another little girl who was around one also, and asked if she would play with her sister.  It was the sweetest, and it just made me think of how it’s a really big shame that older people lose that childhood innocence and kindness.  How wonderful would the world be if we all were as carefree and sweet to new people we met?! 🙂

5 – Happy St. Patrick’s Day!!!!!  It’s so funny, I’m pretty sure if this holiday had fallen on a Friday five years ago I would have had big plans to go out and drink all the green beer, but that will definitely not be the case tonight.  Instead, I will most likely celebrate by making green pancakes for the girls (breakfast for dinner is their favorite), then after tucking them in, will pour a huge glass of wine that I won’t even be able to stay awake to drink half of.  Sounds about right.  Wishing you & yours the happiest weekend ever!!!! XO