The big girls room is probably my favorite in our home, kids rooms are always the most fun for me to decorate and it also was the shape + charm of this room that sold me on our house when we walked into it three years ago!  It reminds of a dollhouse, with really high sloped ceilings + stairs to walk into it, it also is by far the biggest bedroom of our home since it is the room over the garage.  The perfect space for two sisters to share!

First, a little background on this room.  It was the only space in our house without hardwoods when we bought it, so we had them put in to match the other floors in the house which were being refinished at the same time. There were built-in shelves along the side of the wall of the room, which I LOVED for the charm they brought, but we ended up pulling them out + replacing them because of the quality.  We went with the same drawers we got in our kitchen, white shaker, and had someone install them to fit along the wall.  This is one of my favorite parts of their room, the drawer space is theeeee best, especially with two little girls!  I also love their little school desks, we found them at a garage sale years ago + refinished them, I now need to find one for Remerie’s room because they love to sit in these and color/do school work so much.

For December, I added some festive sheets to their beds, fun reindeer pillows, lights, + a couple little houses along with a little pink tree that no longer has any ornaments left on it because Remie Rue has pulled them down 468 times. 😉  Also we love their big tree we got a few years back and the cutest festive sign from Opal + Olive, our go-to for signs in the girls rooms throughout the year.  I have linked everything still available at the bottom of this post and plan to share some more photos of their built-in shelving and other spaces in their room in the new year, I am still on the hunt for a second rug to put under their beds + the perfect curtains! 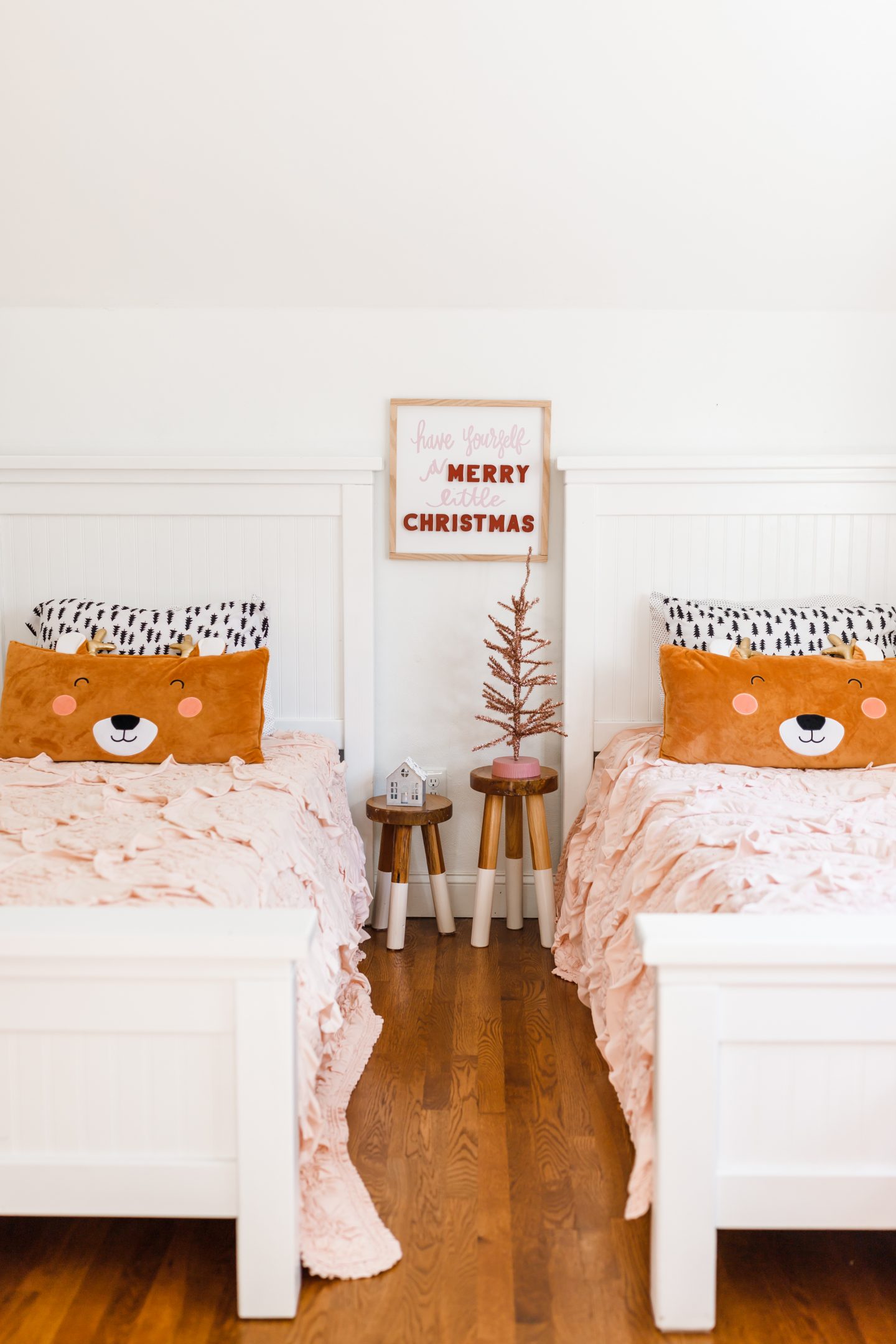 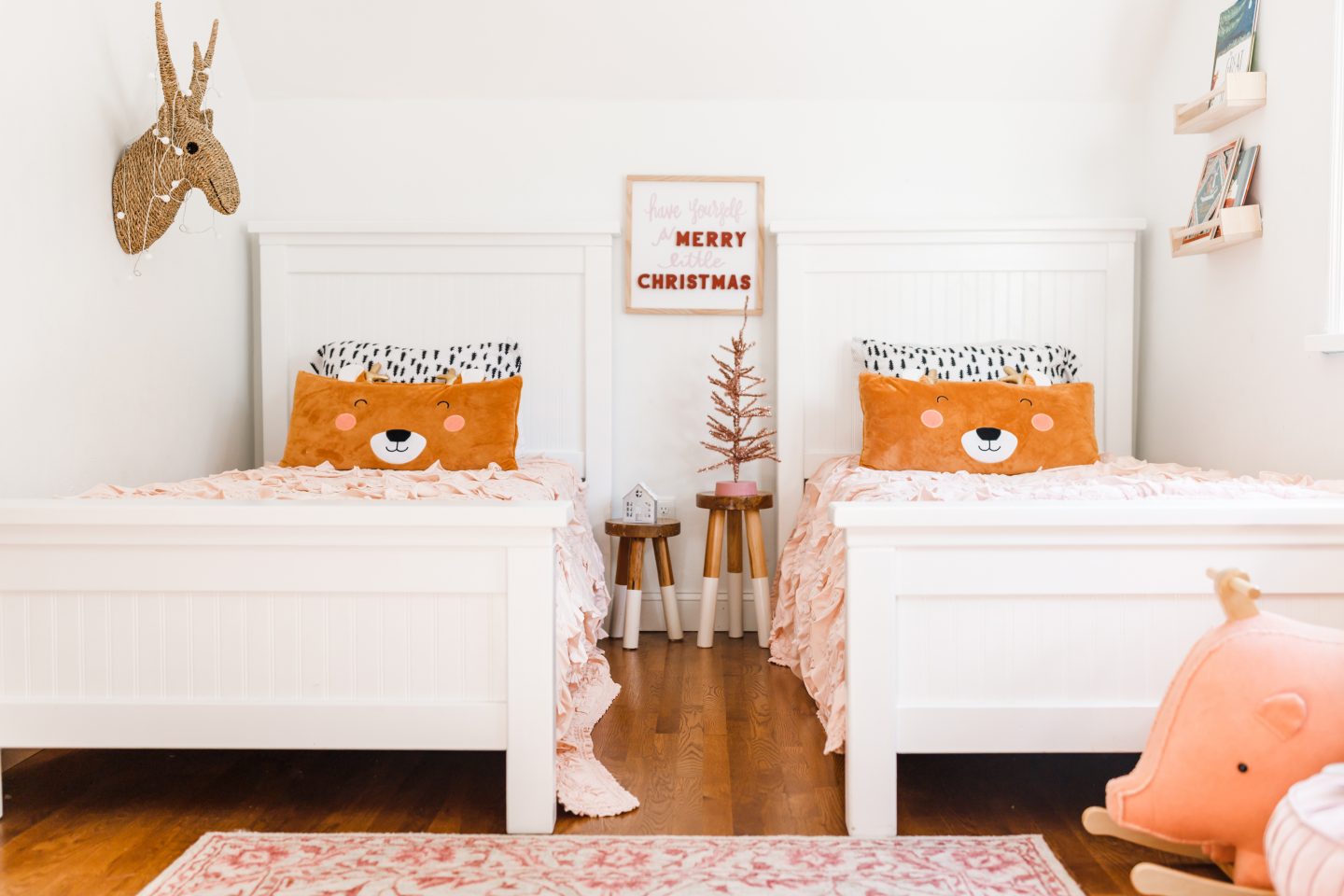 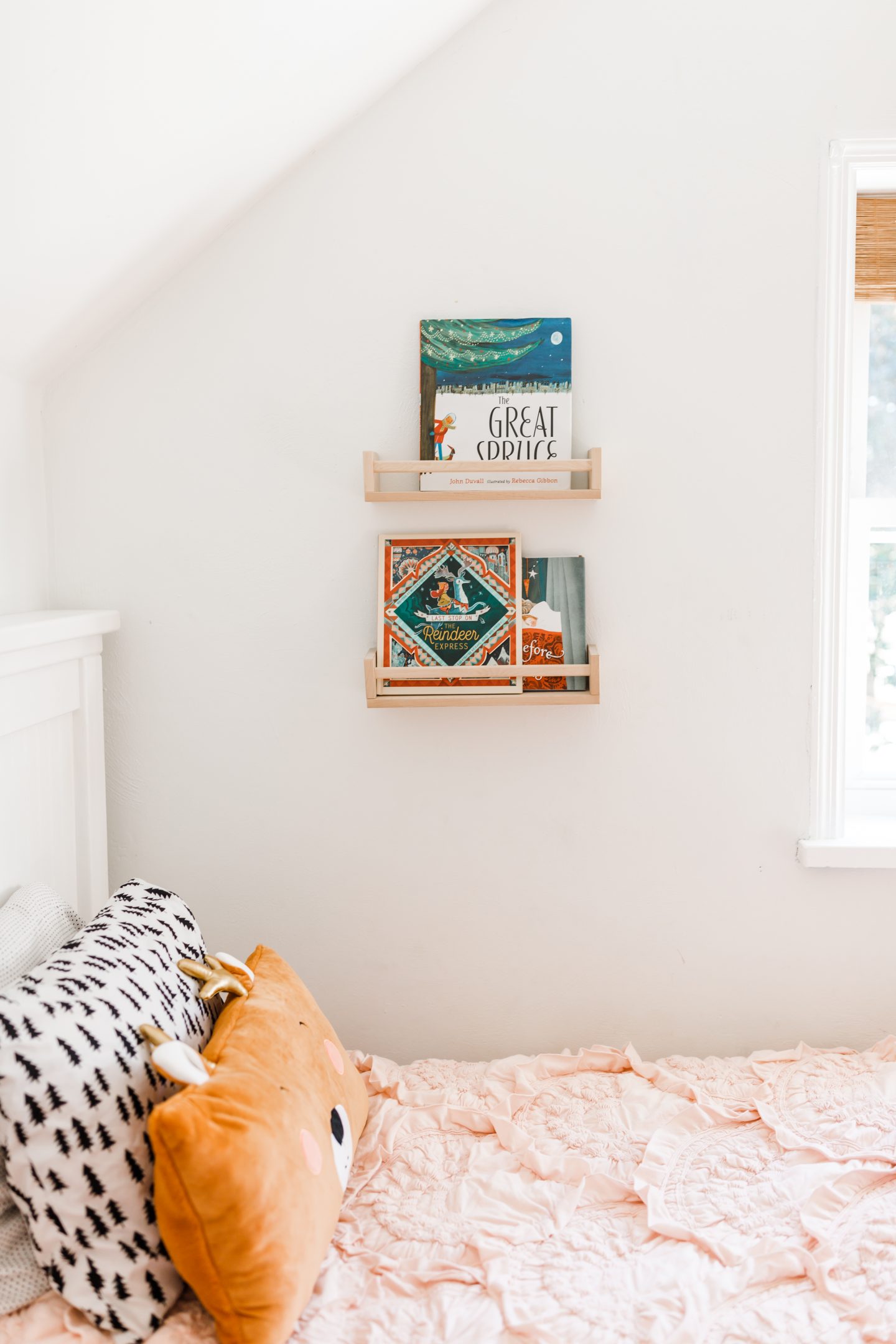 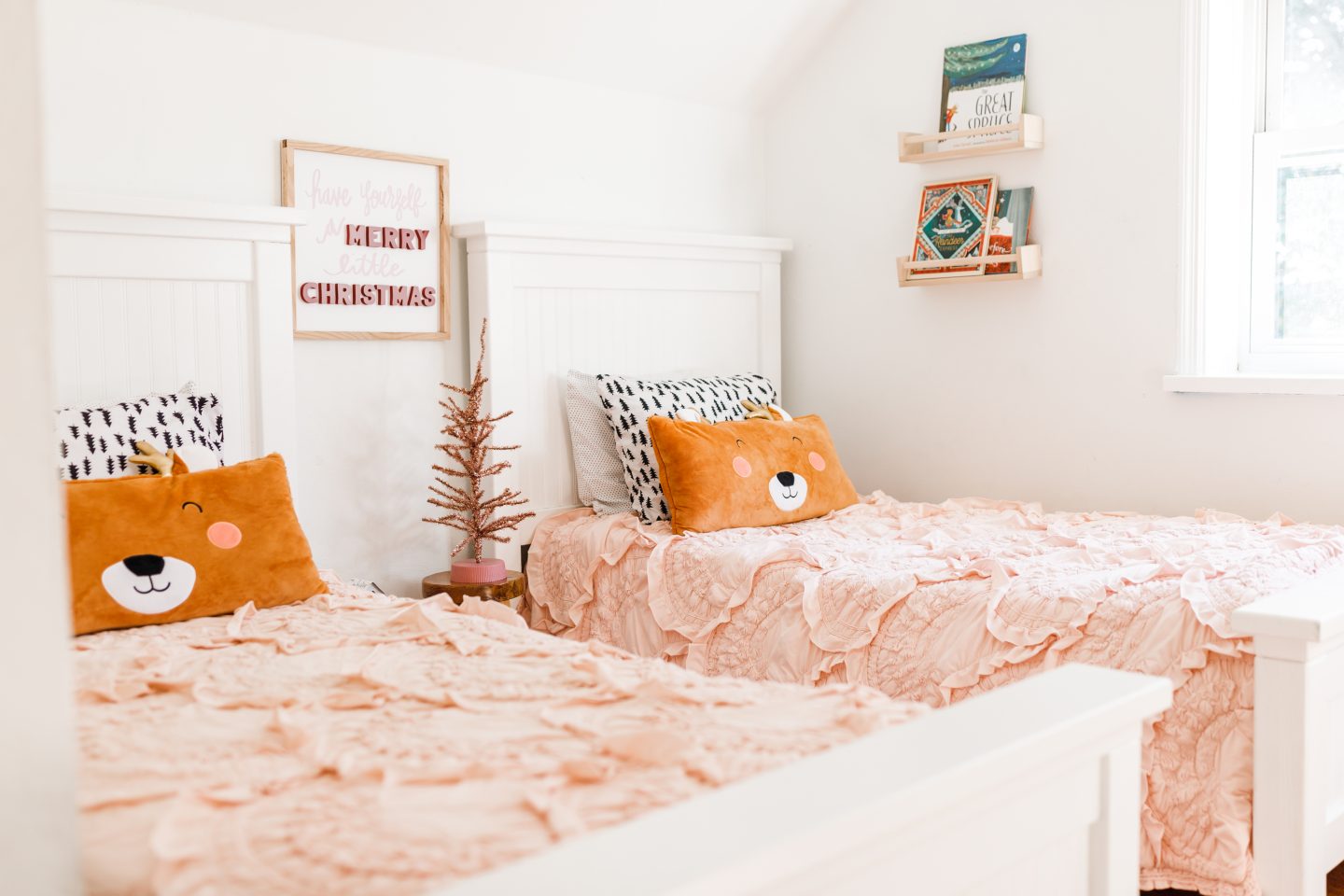 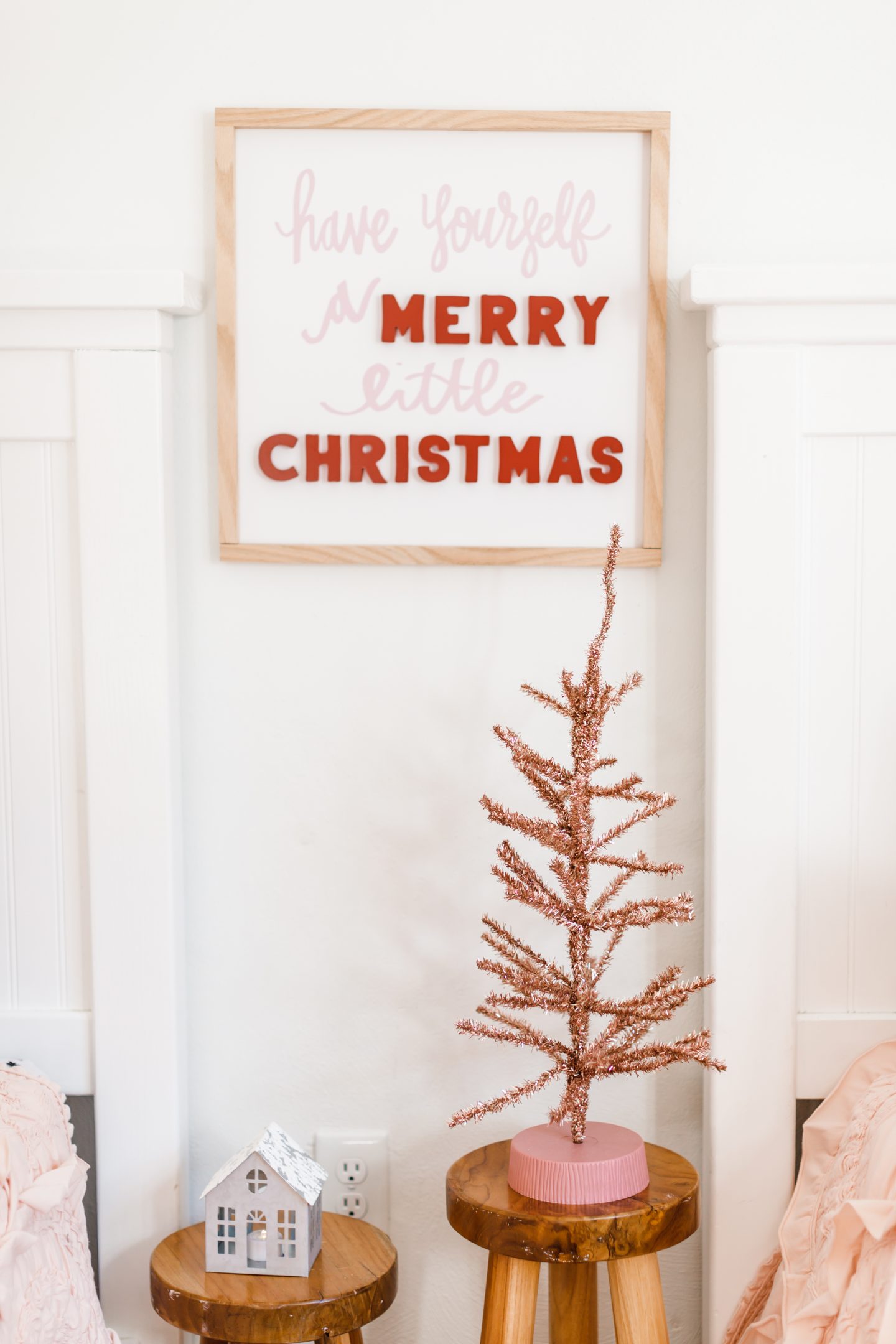 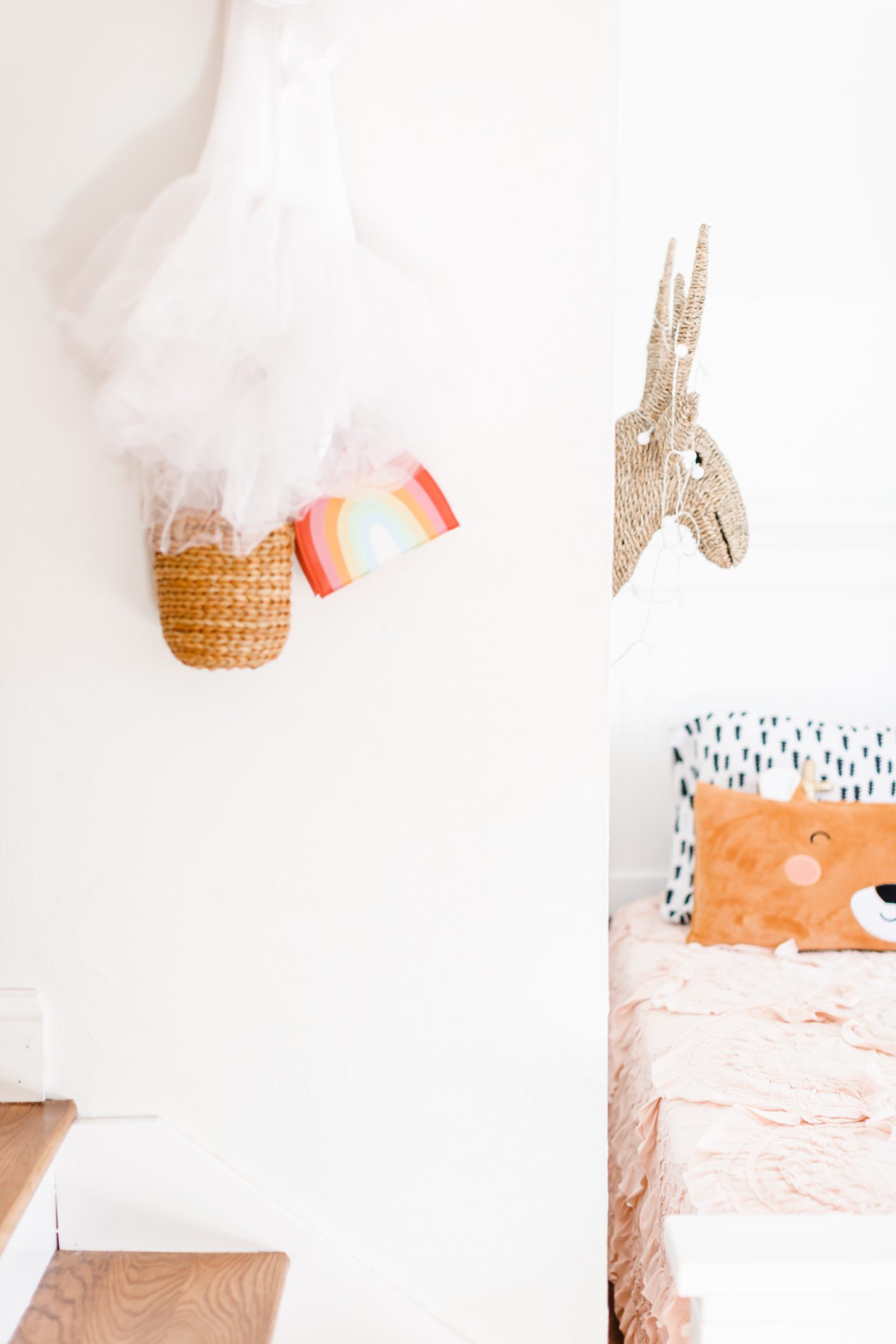 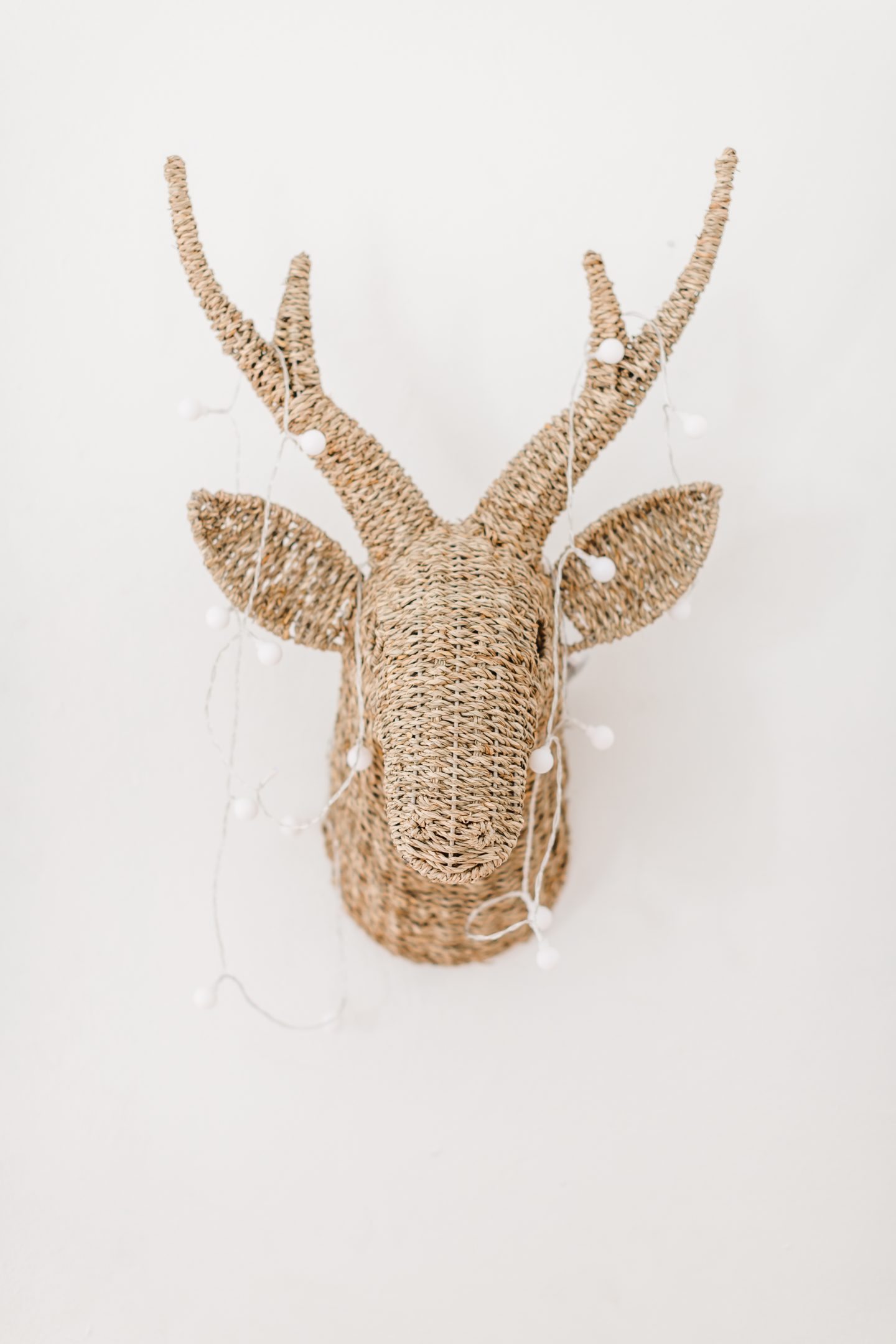 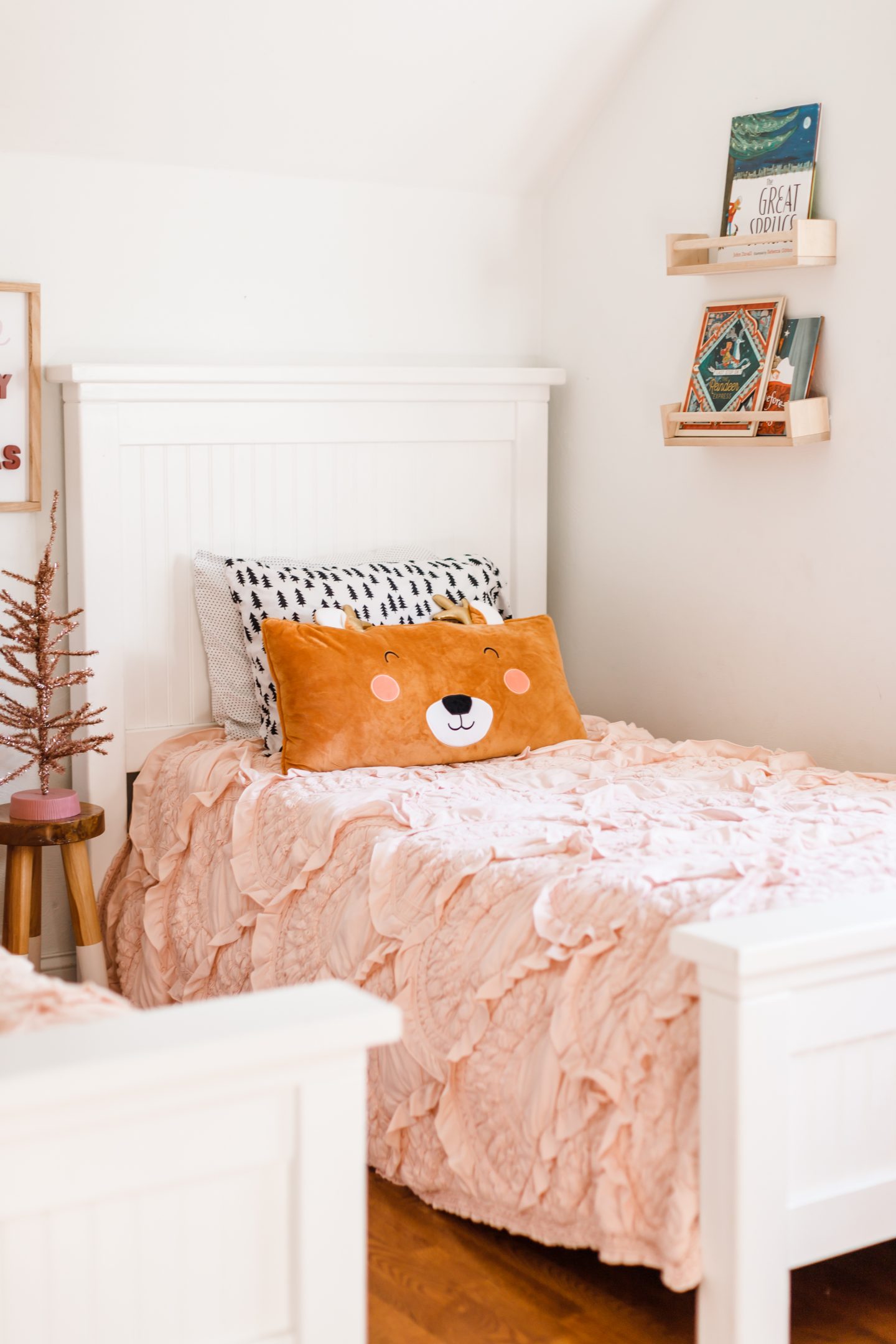 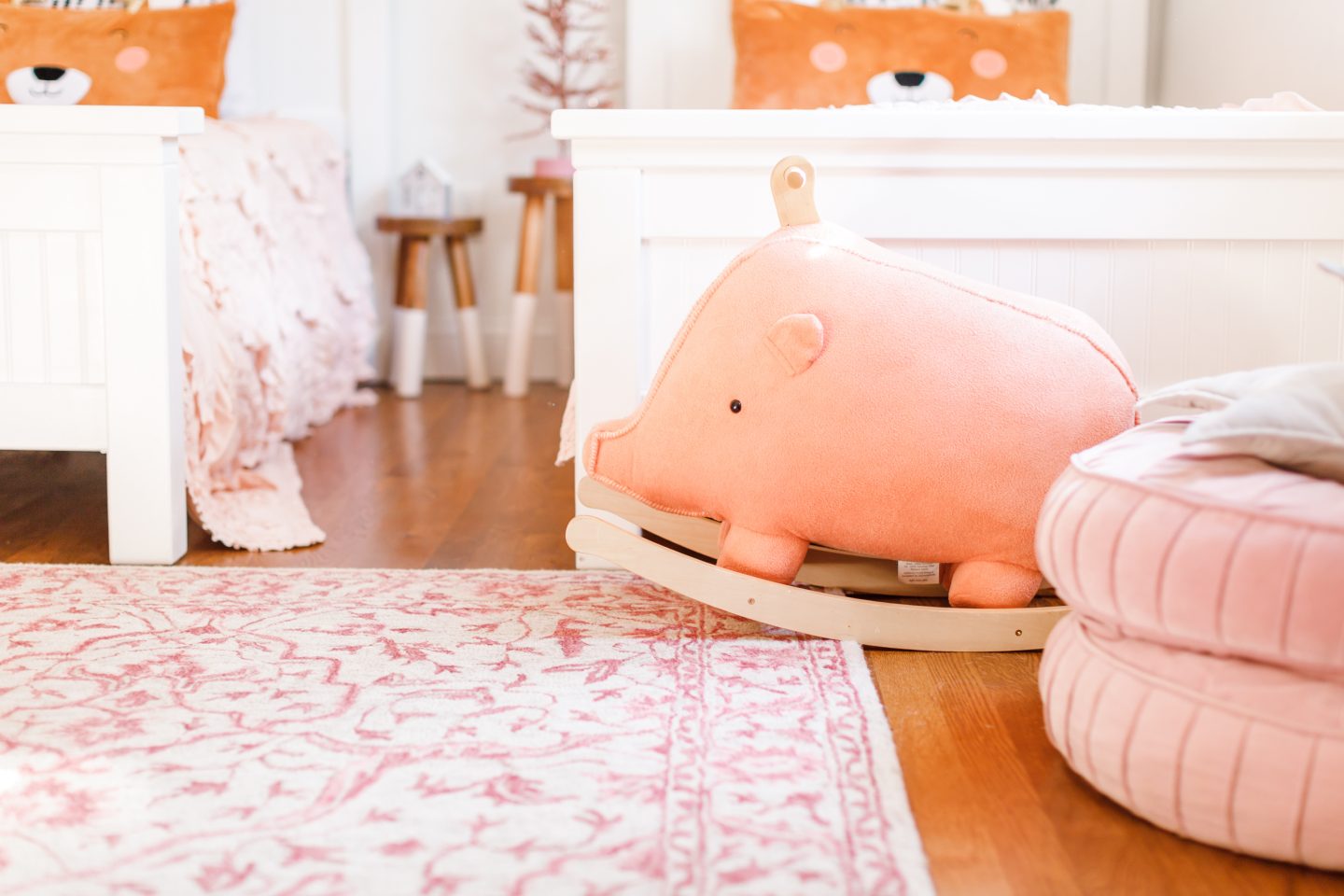 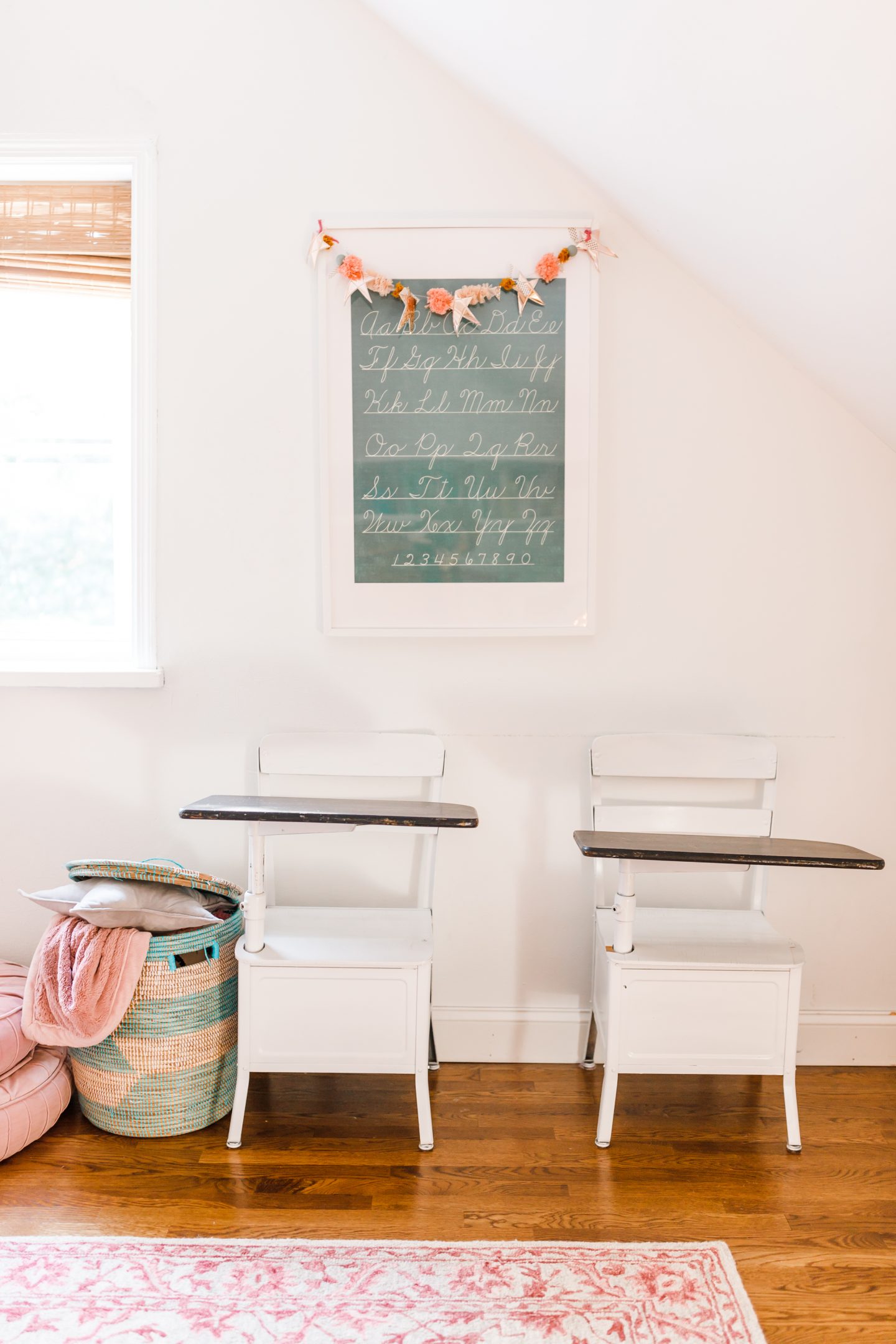 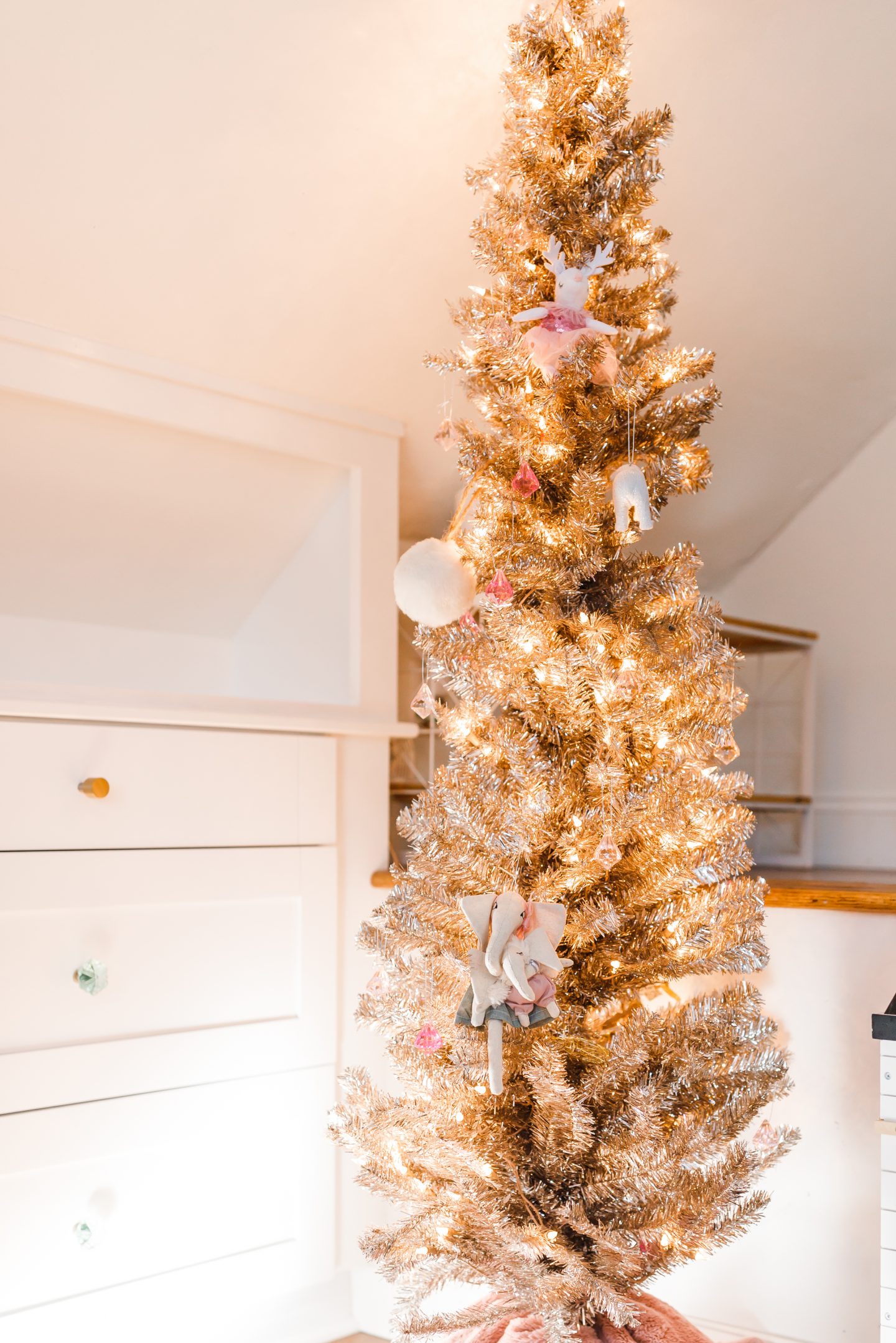 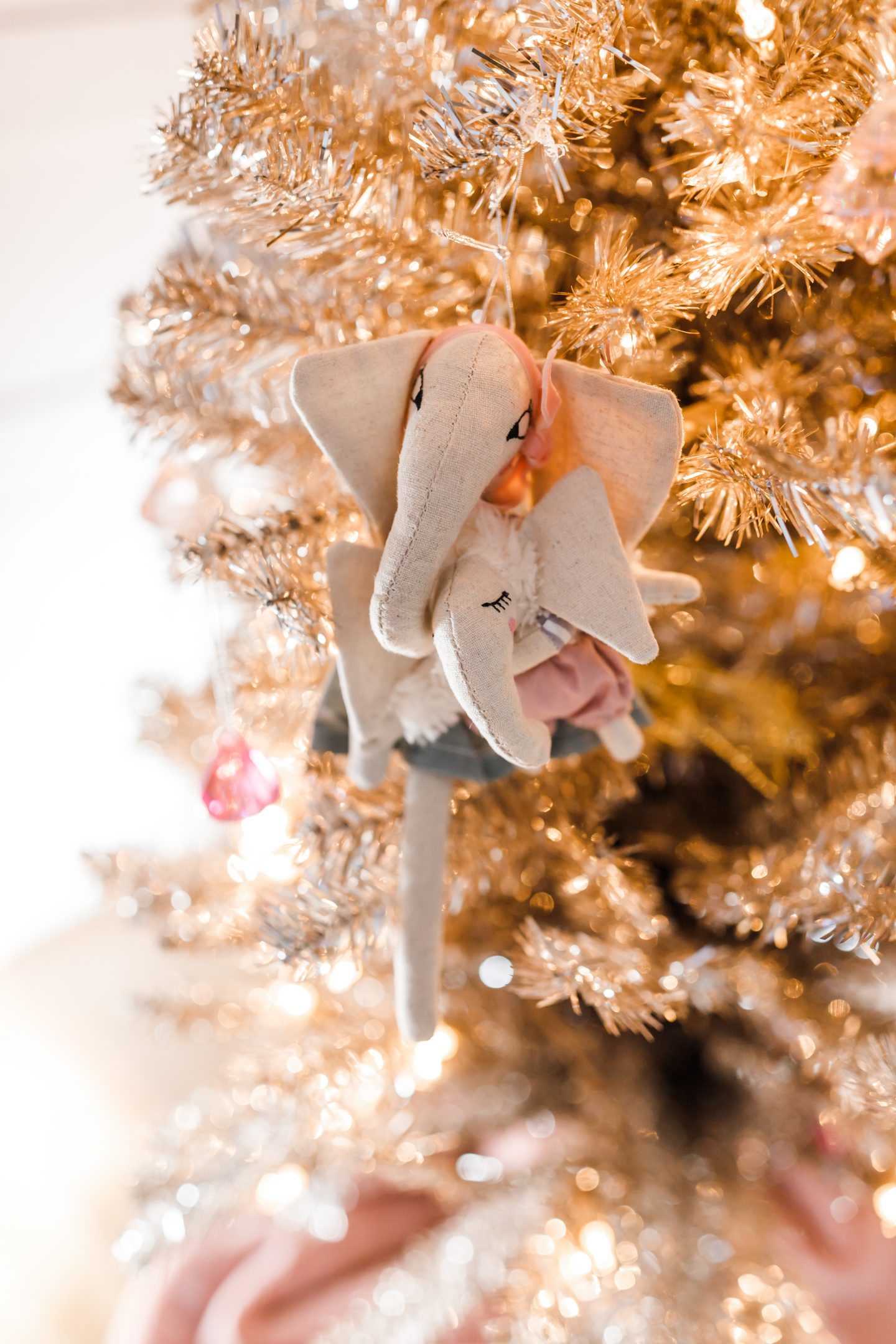 Books: The Great Spruce — The Reindeer Express — The Night Before Christmas

We finally have entirely finished one room in our new home, sweet Remie Rue’s nursery!!!  This space was so much fun to decorate and probably the easiest of all the rooms for me to put together, kids rooms are just the best and always end up being my favorite of all.

My inspiration for the entire room came from this wallpaper from Shop B Darling.  With it being our third baby girl, I decided to completely embrace all things feminine and sweet — and the wallpaper just did that for me!  I had been wanting to try wallpaper forever and loved it just as much as I thought I would, it was super easy to put up and transformed the entire room in one afternoon.  I am already thinking of the next place I want to put some up!

Since the print was pretty large & busy, I wanted to keep everything else light and basic.  We bought another of the Ikea dressers that we already have two of (they are seriously the best ever and so affordable!), and got a new crib that will convert to a twin bed when she is older.  I also had been hoarding the prettiest swing forever and just could not find a place to put it, and loved how it looked in this space!  The very last piece was added was her name sign, while most everything was finished before she arrived, I left a space for it since I knew I wanted to have one there but we didn’t know what her name would be.  When it came in the mail last week it was so perfect and just the final touch to make the sweetest nursery for our Remie girl, I hope she grows to love her little space as much as we do! 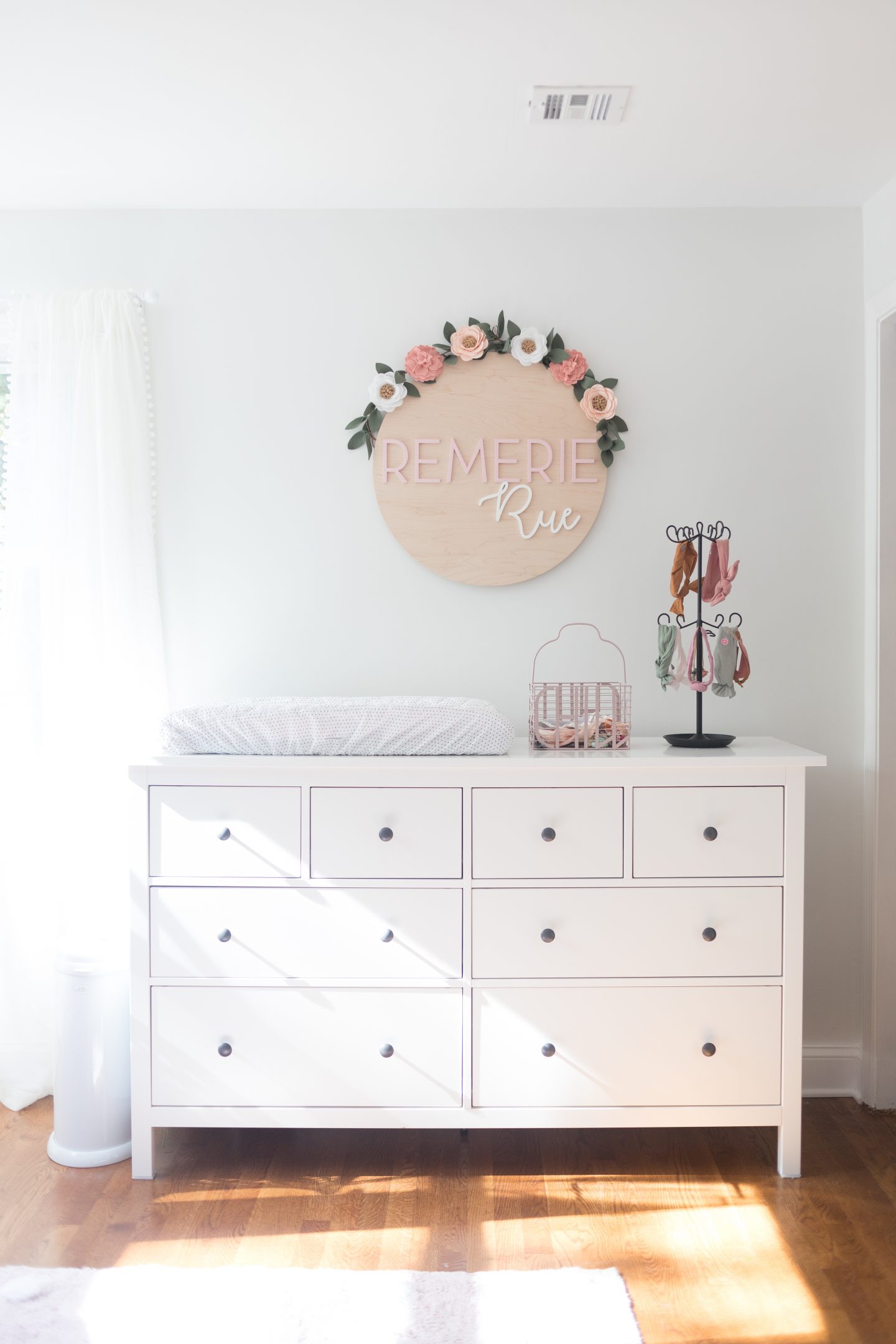 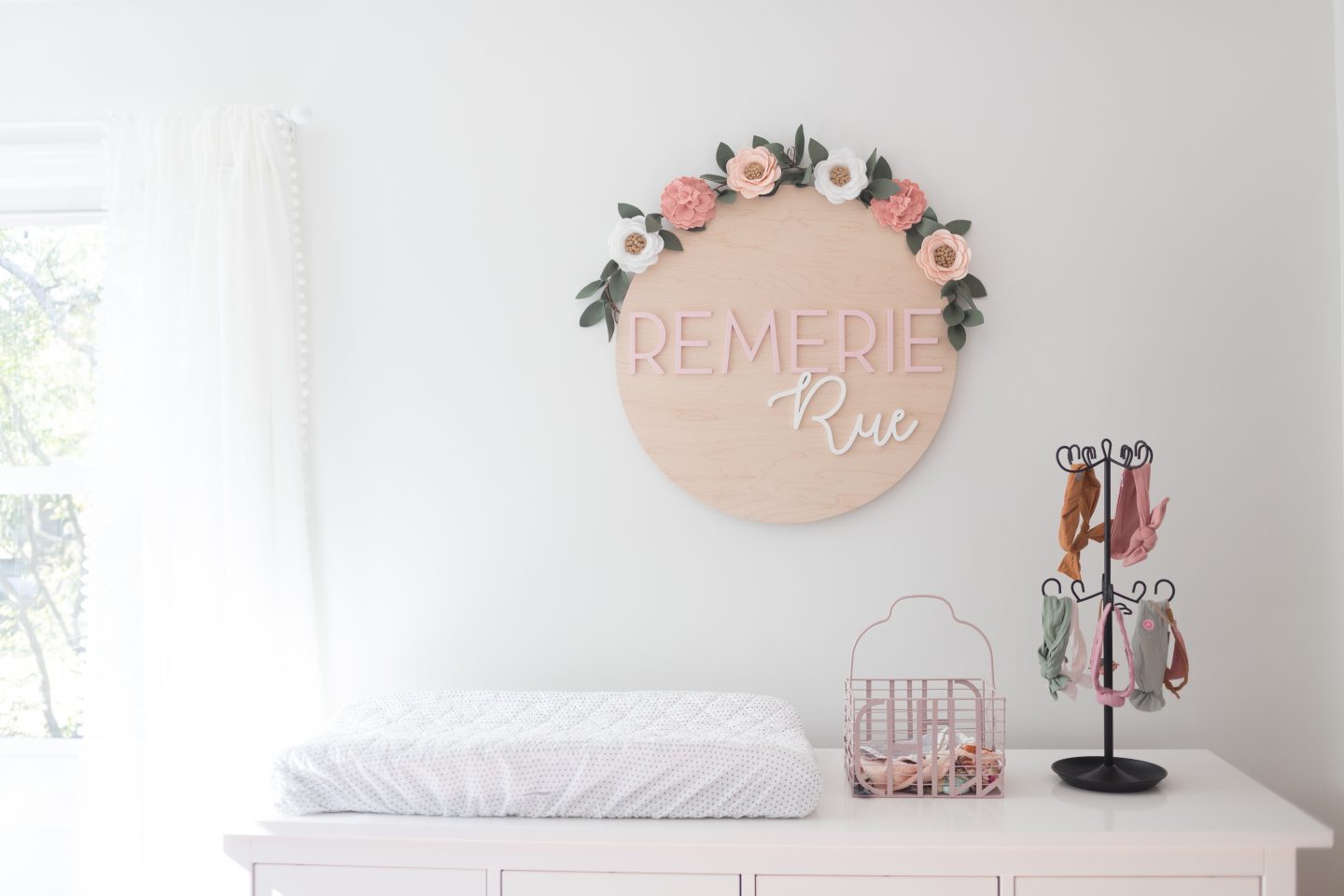 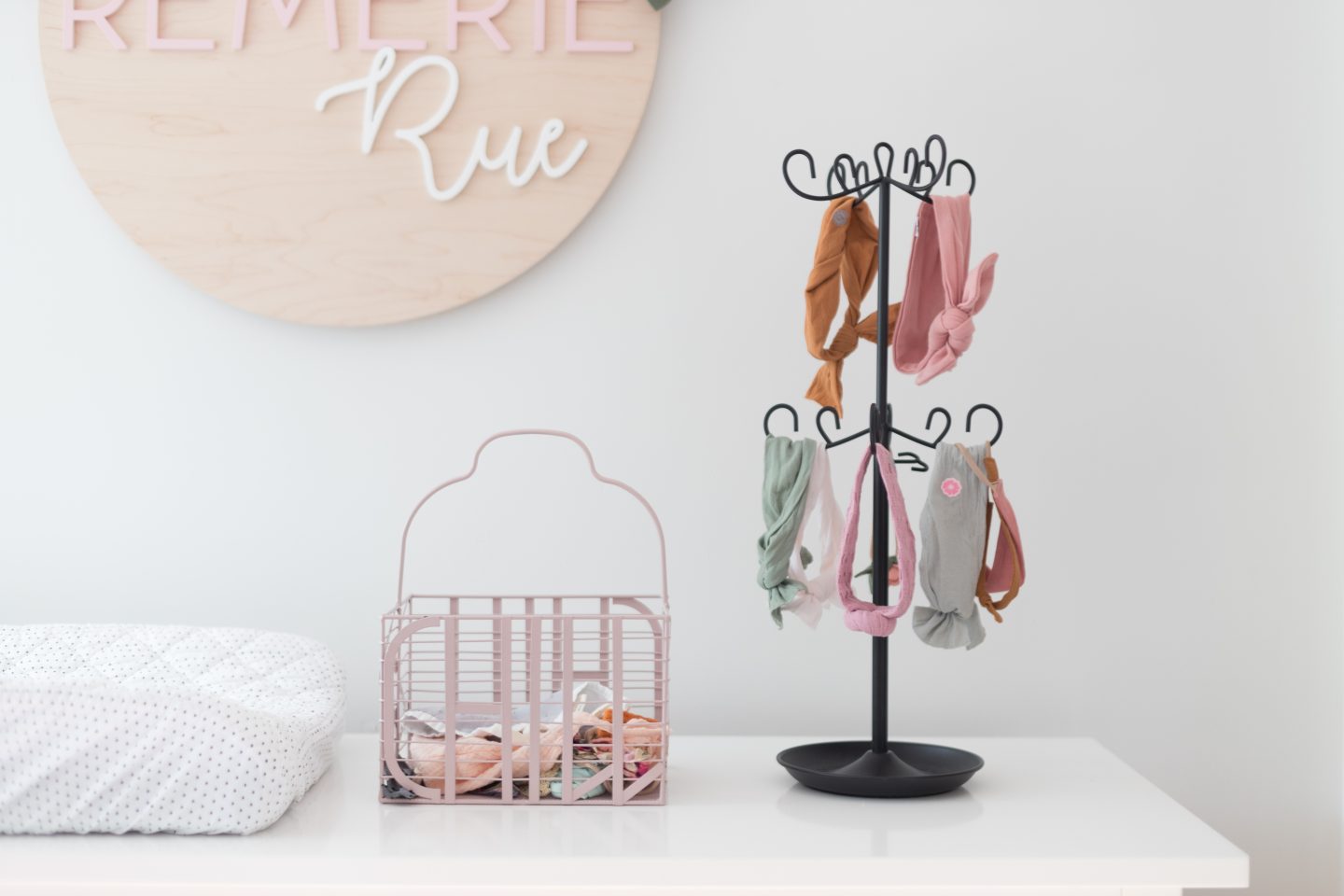 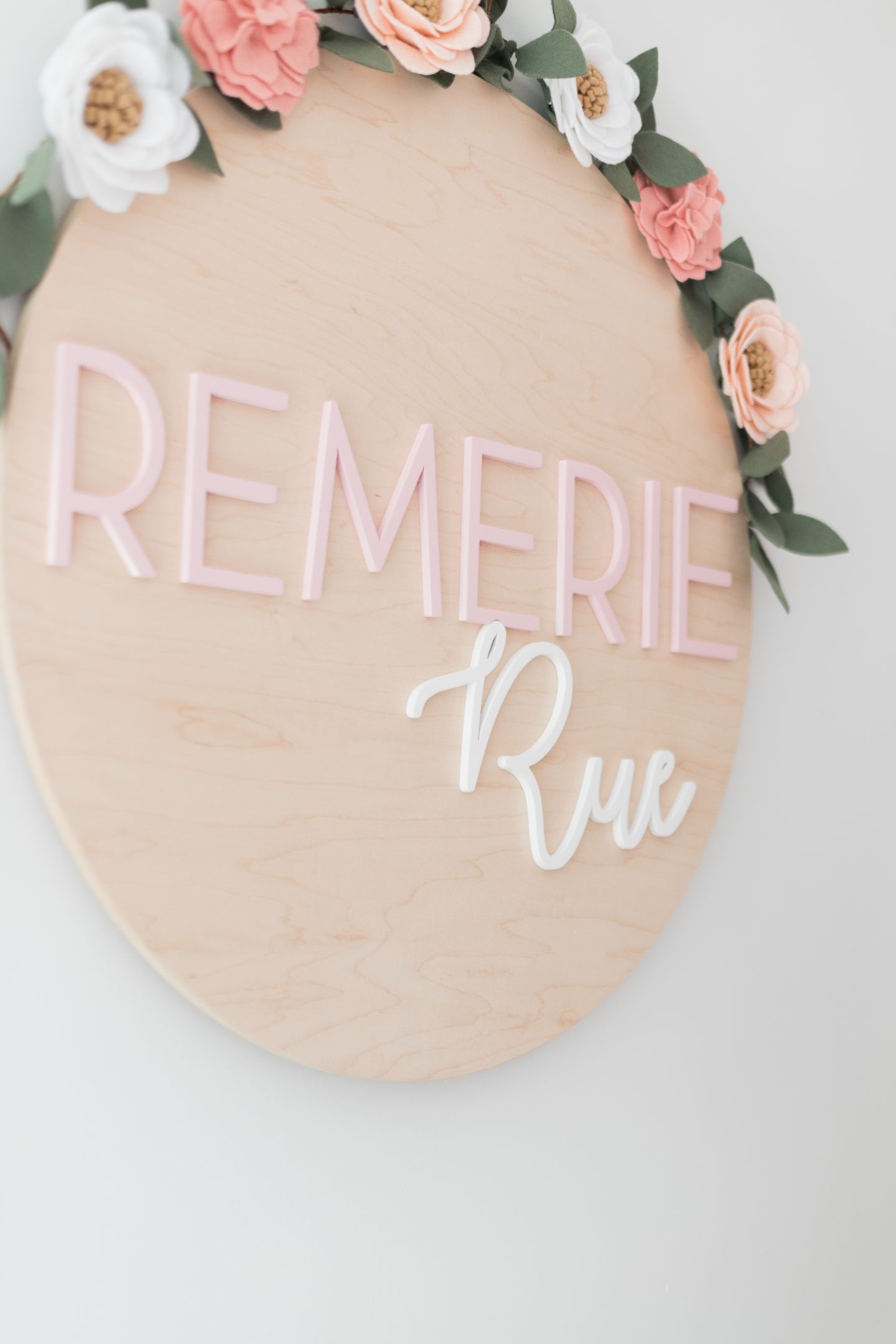 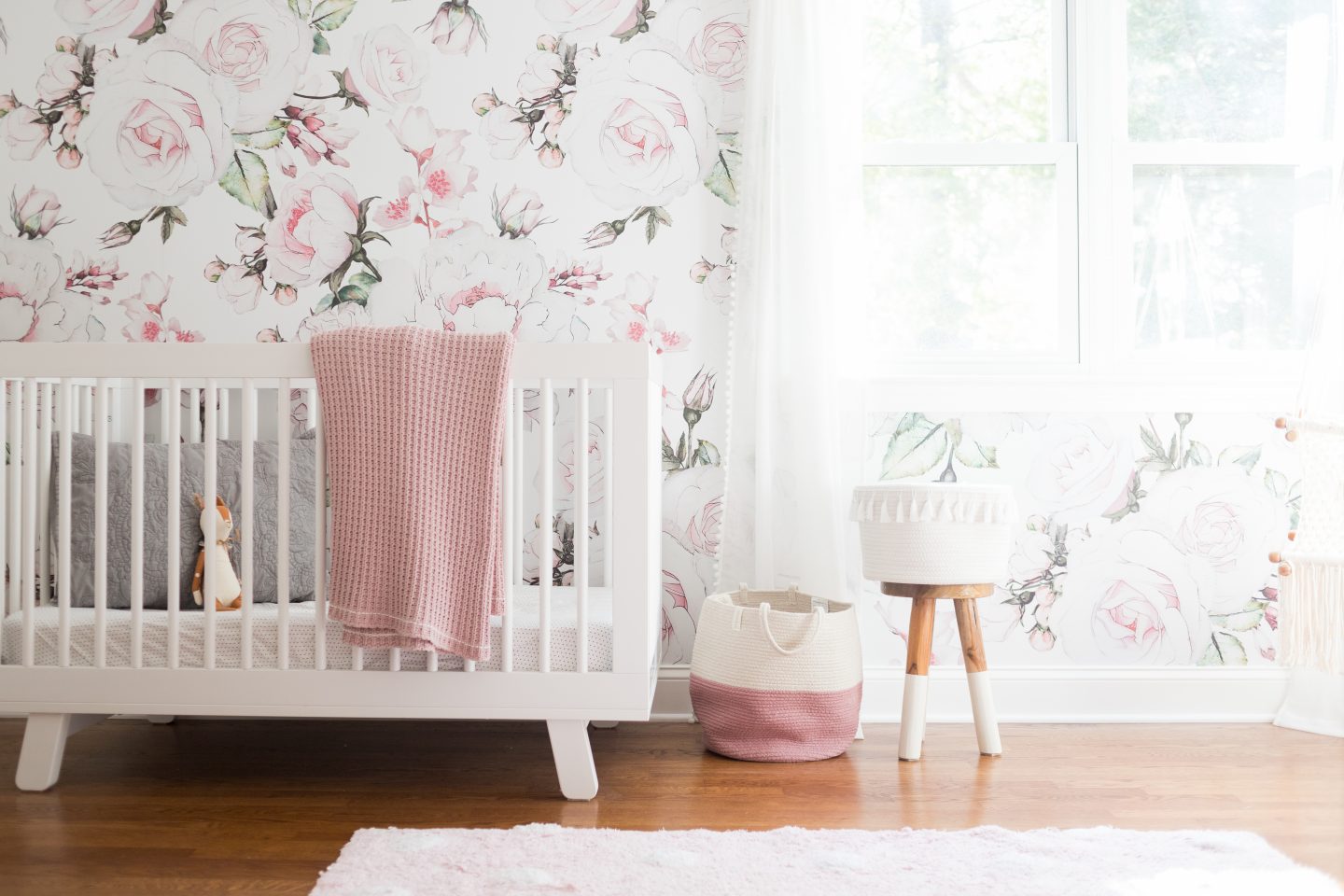 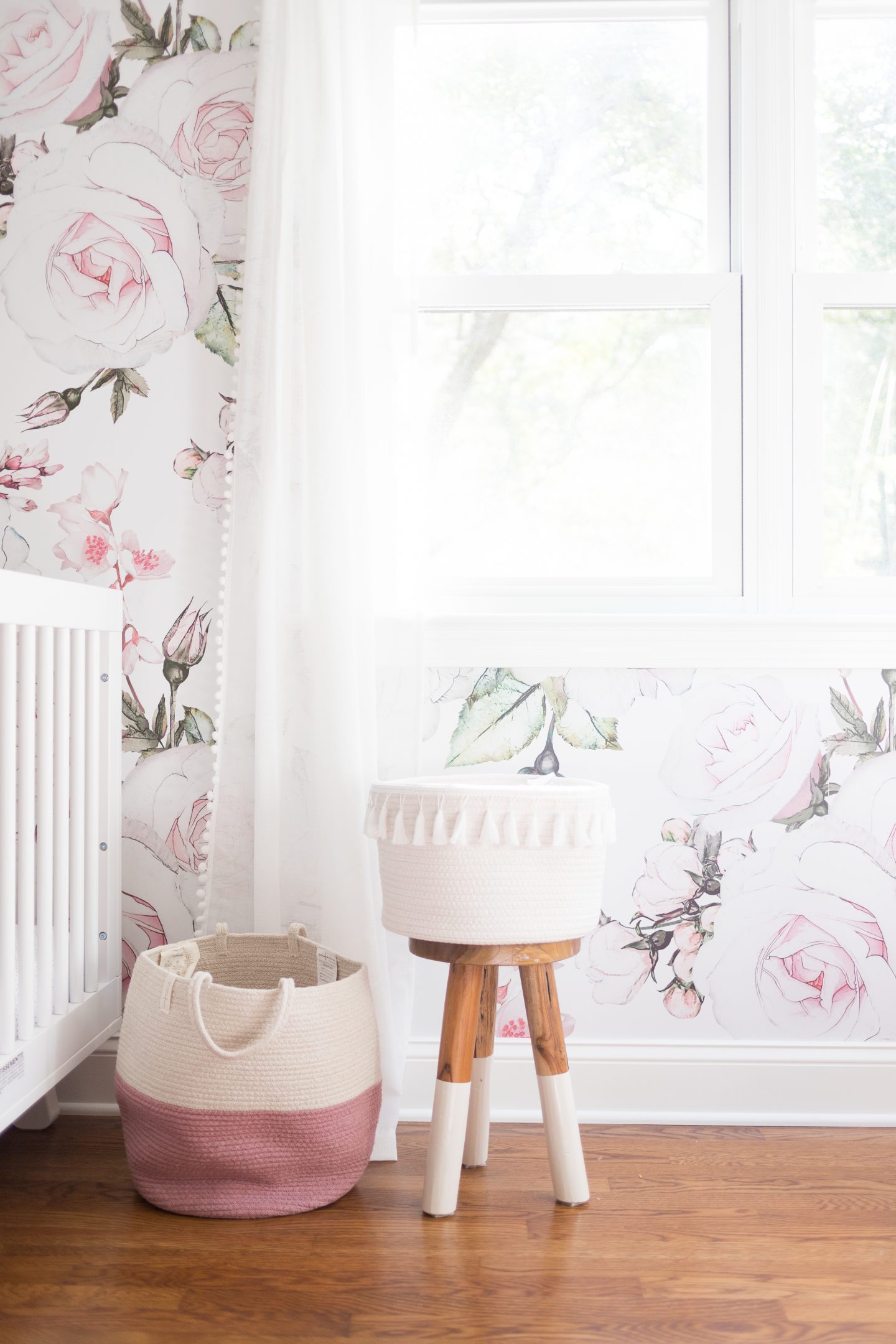 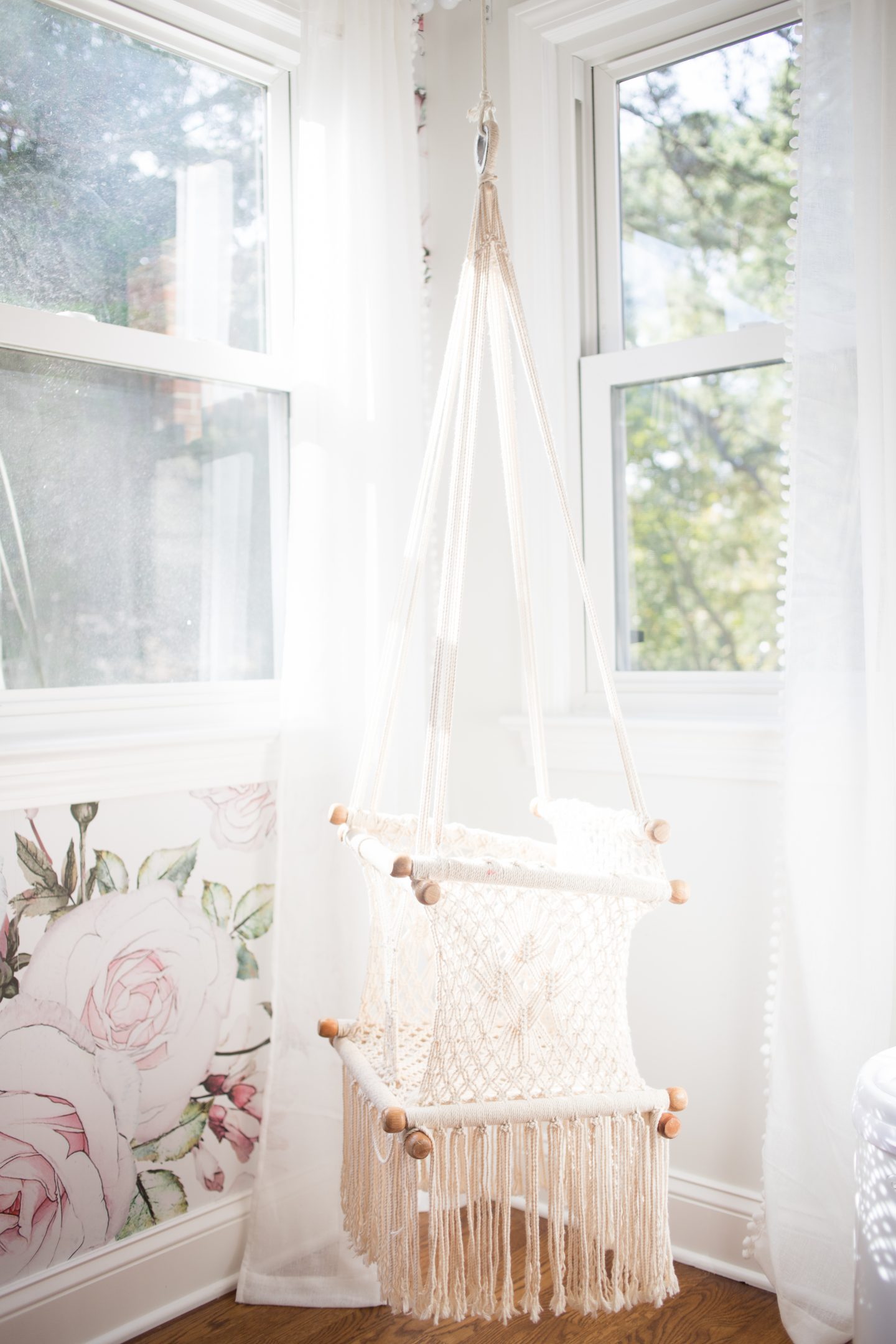 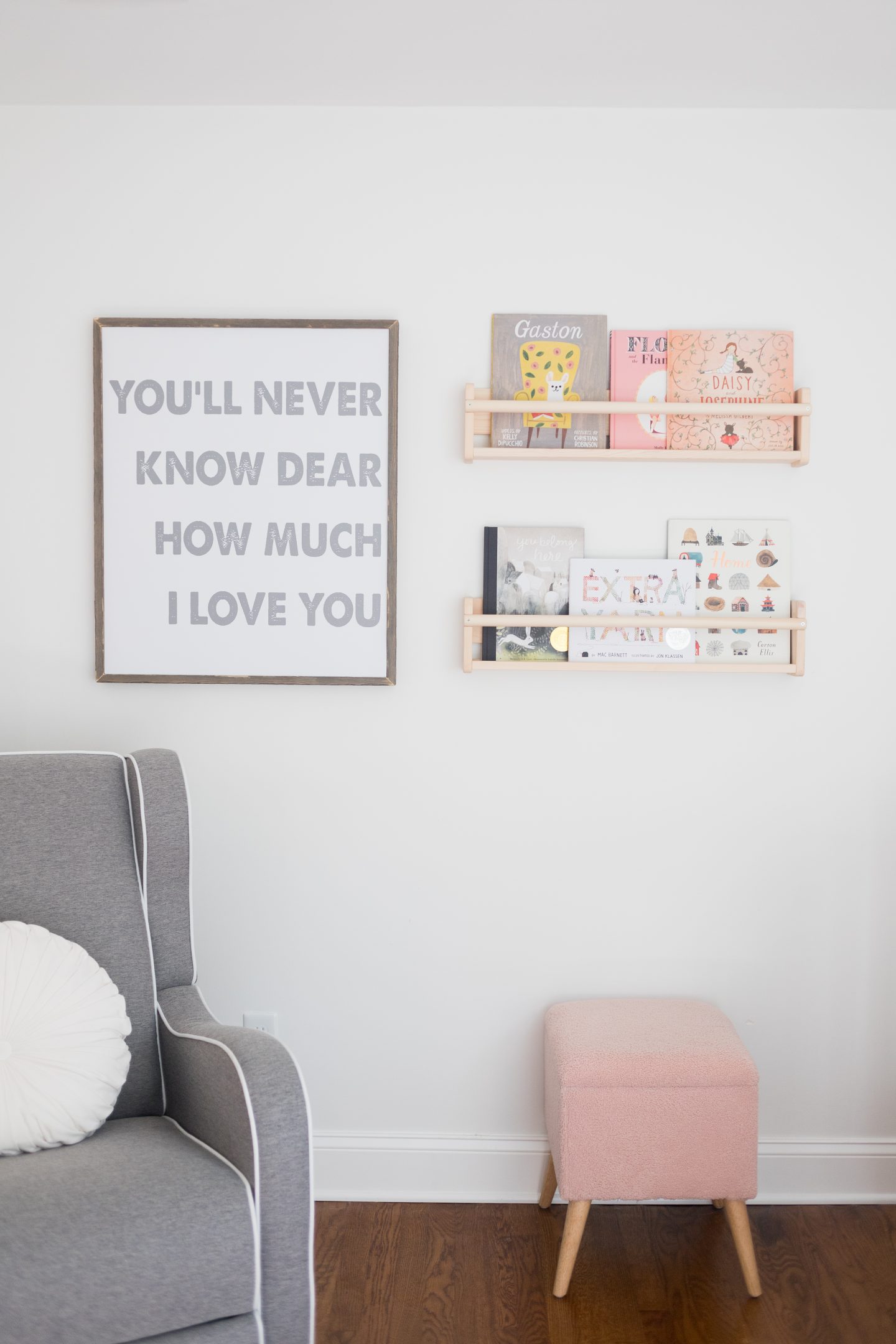 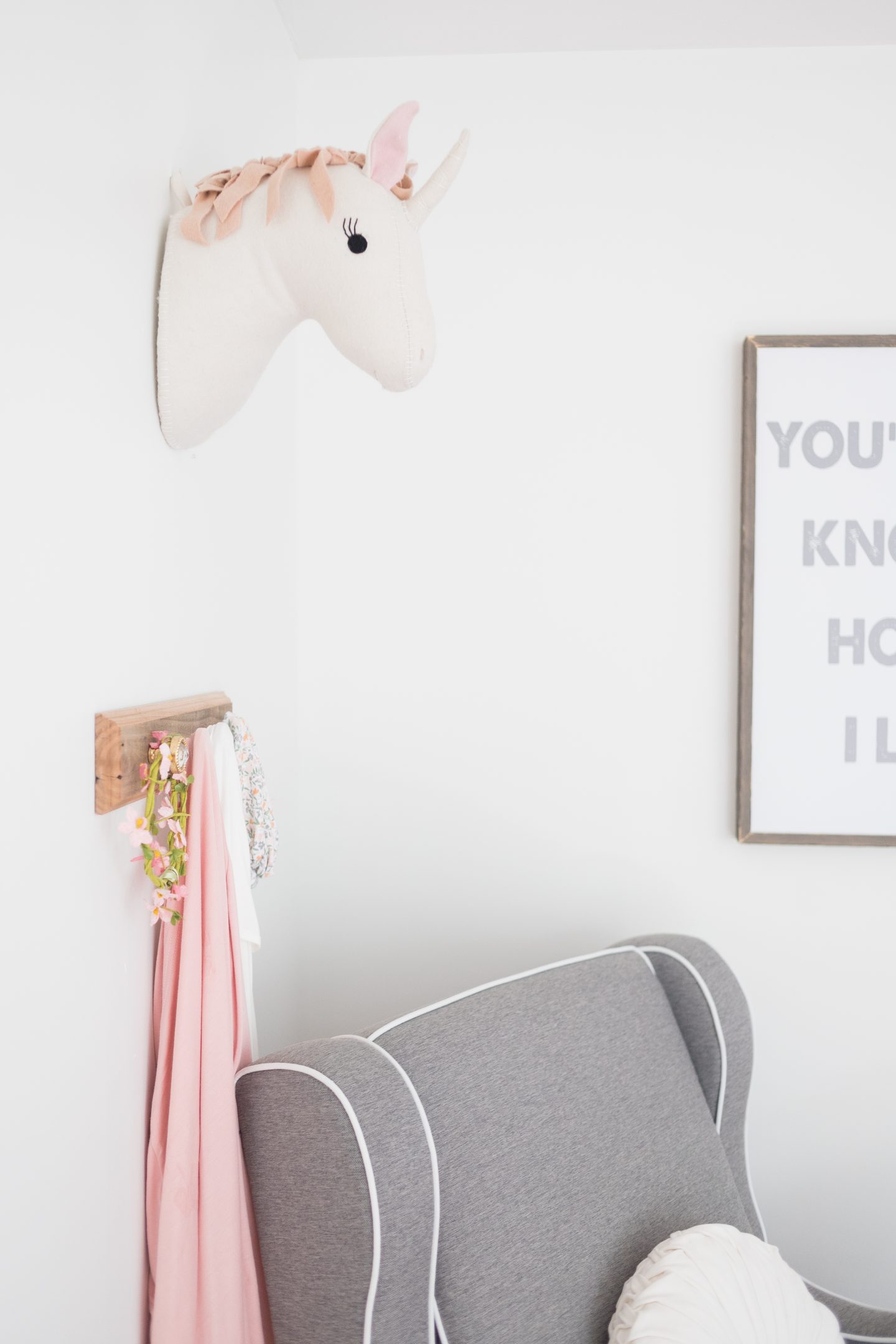 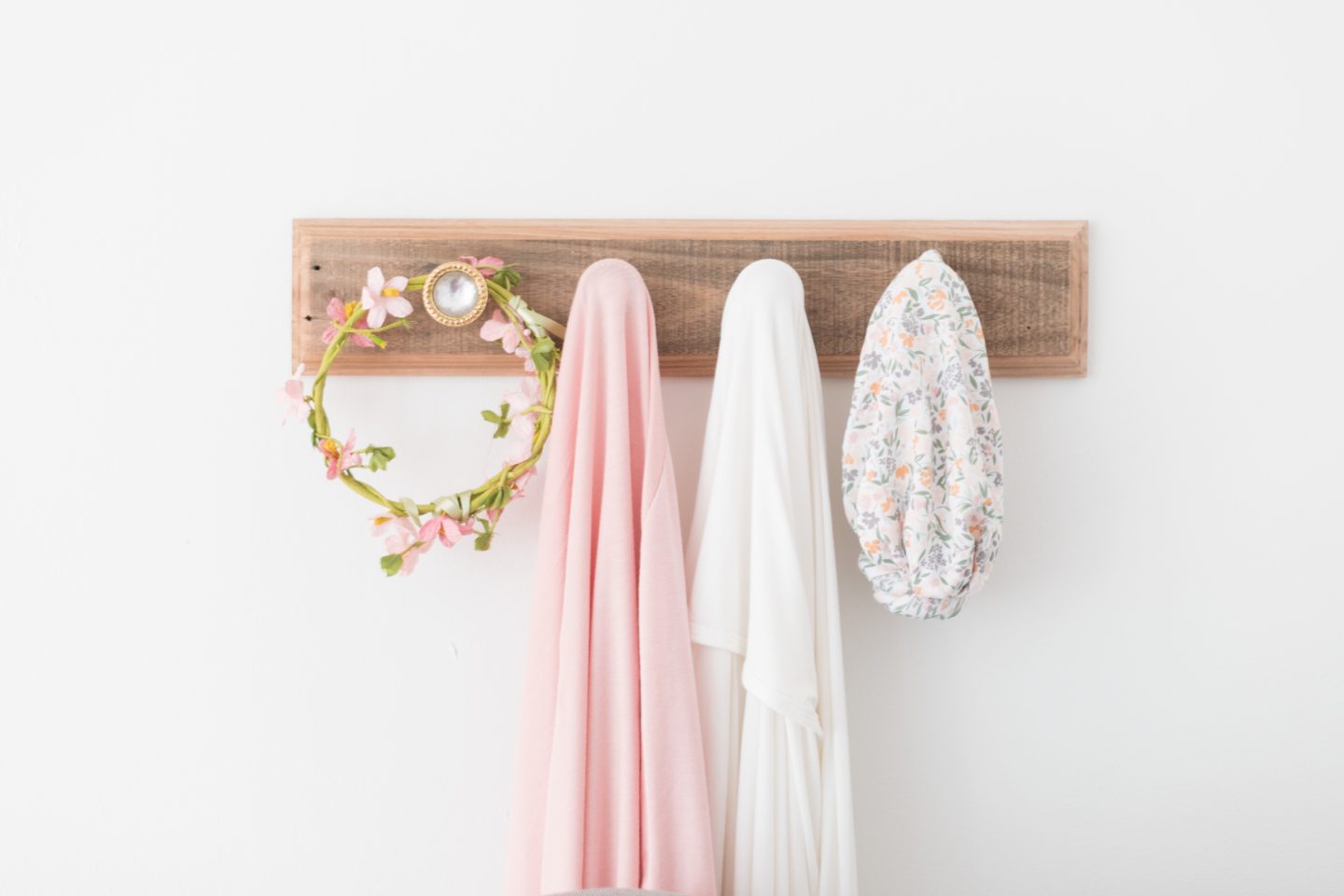 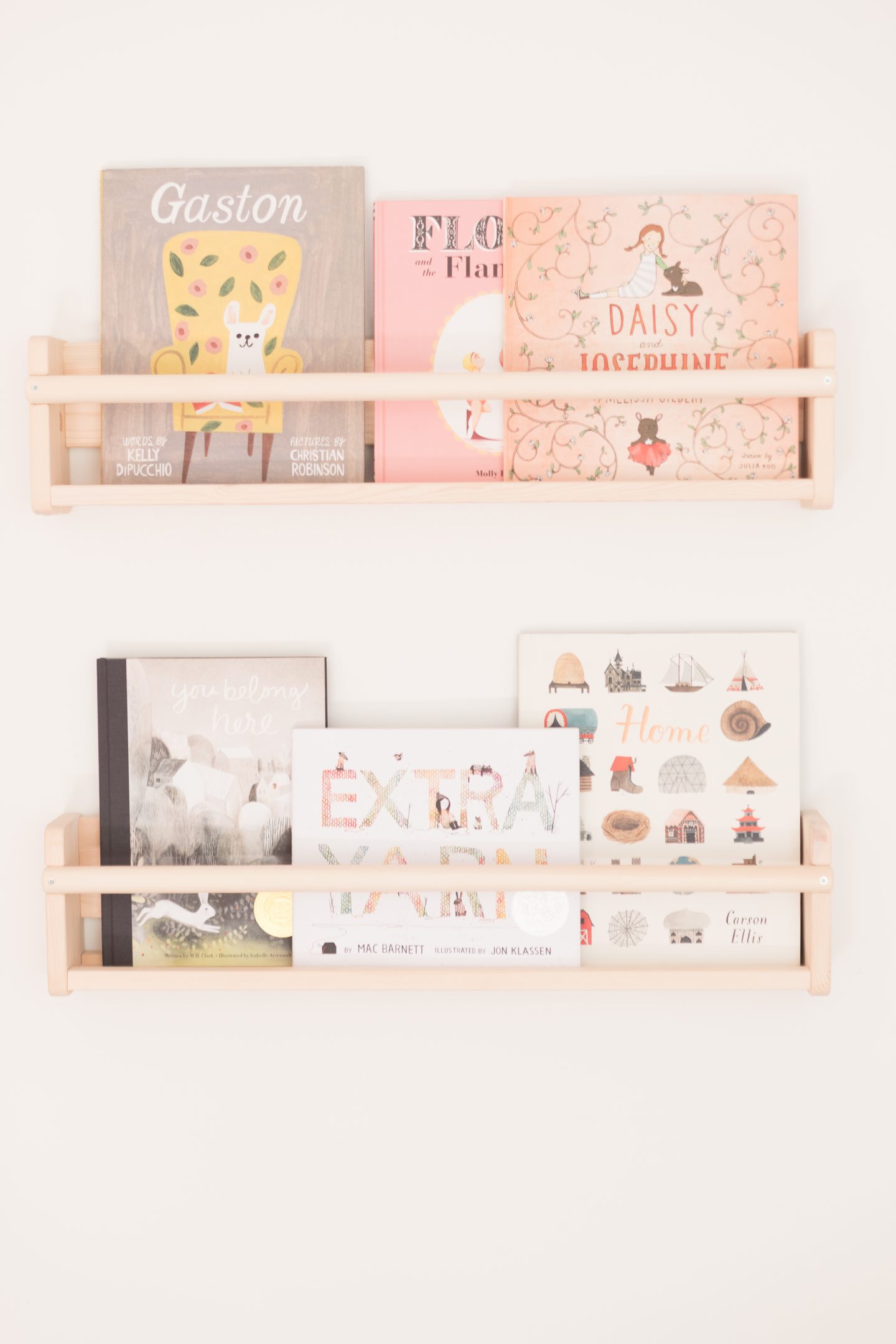 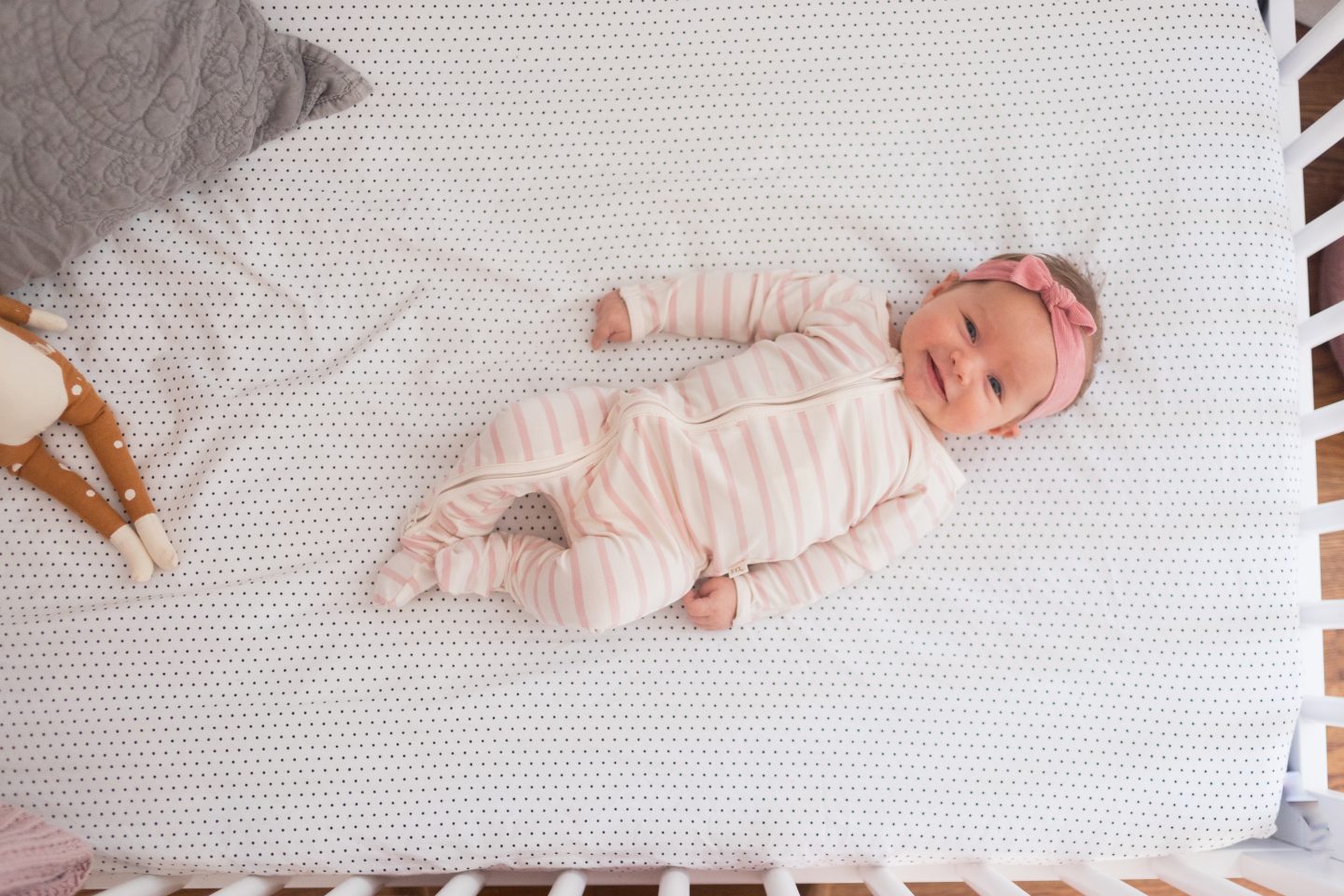 *Bow holder & basket on the dresser are from TJMaxx. 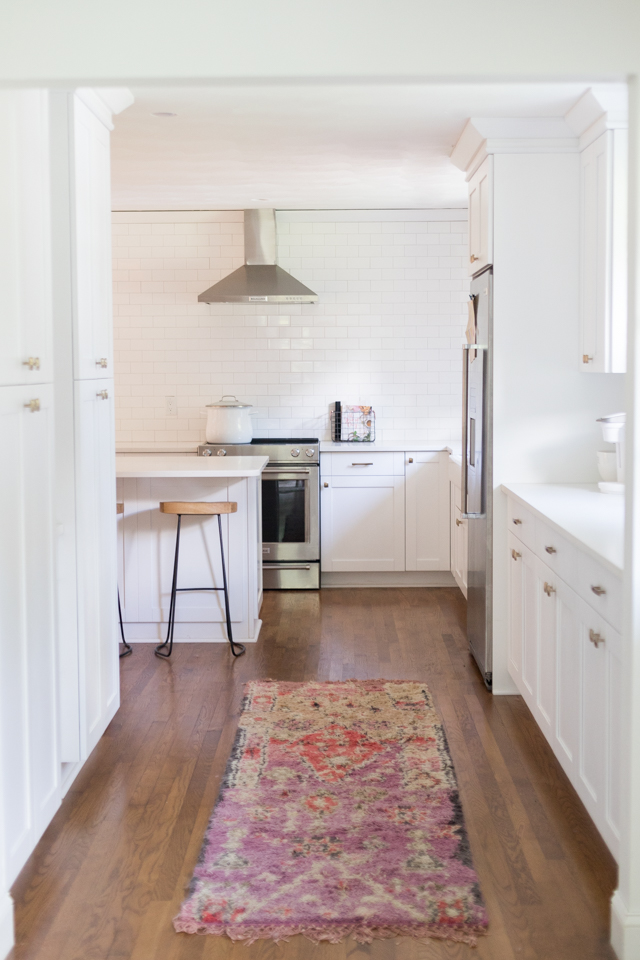 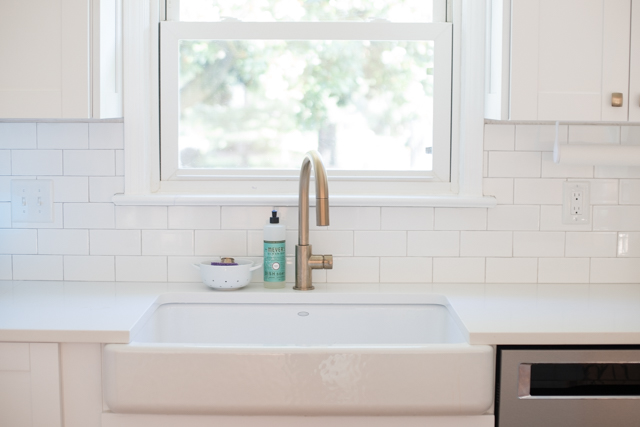 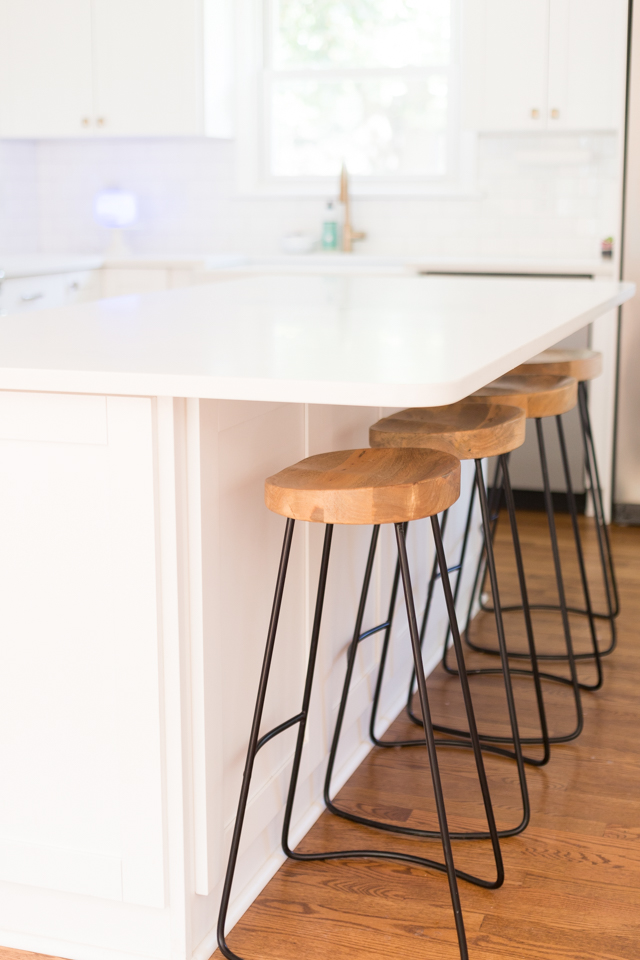 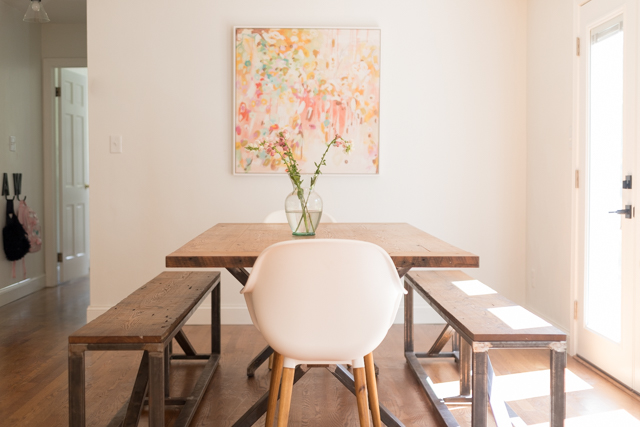