It’s hard to believe it’s been over two weeks since little Avalon Elle joined our family, time is flying and though its bittersweet, we are soaking in every minute as a family of four & can’t wait for all that is to come as our girls grow!  I am excited to finally share Avalon’s birth story, I love that I have this space to record it on because even just days later some of the details are already getting hazy (which let’s be honest, is part of the reason that all of us ladies are willing to give birth time & time again).  Childbirth is truly a miracle, & while some parts of it are my favorite ever, they do call it labor for a reason. 😉  Thankfully these babies are more than worth it. 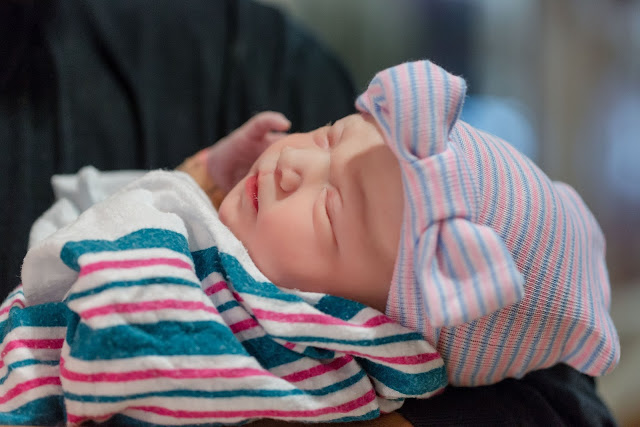 If you followed me throughout my pregnancy, you know that I was induced with Waverly (in a very long labor, 48 hours), & really, really wanted to hold out to see if I could go on my own this time.  Yet at my last appointment, I was four days overdue & still not dialated at all.  My doctor agreed to wait one more week but scheduled an ultrasound for a couple days later to make sure baby girl hadn’t gotten too big or that my amniotic fluid was low.  At that point, I was feeling so ready to deliver, emotionally & physically, but was desperately trying to hang on.  My mom went to the ultrasound with me & after a few measurements, the technician said that our girl was about 8 pounds & 10 ounces, something I didn’t expect at all since Waverly was only 7 pounds & 6 ounces and this pregnancy, the baby had been measuring small from the start.  I immediately started to get nervous about waiting, since I really didn’t want a c-section, & then felt even more uneasy when the technician said that my amniotic fluid was starting to get very low.  As much as I wanted to avoid being induced, my priority from the start was a healthy baby & delivery, and I just knew that at that point, it was best for her to go ahead & get the eviction notice. 😉  My doctor called within an hour of getting the ultrasound report & said I would be induced that evening, she wasn’t even giving me a choice at that point based on the fluid levels, especially since I was overdue.

I spent the rest of the day getting last-minute things together for me, the baby, & Waverly, I had all the feels knowing that we would be meeting our newest girl so soon but also, over these being the last hours of Waverly as an only child.  We dropped Waverly off at my grandparents on the way to the hospital, & even though she had been so excited all day long when I told her that her sister was coming soon (she said she hoped she would have purple eyes!), it was definitely hard to get her out of the car.  I knew it would be emotional for me, but never thought Waverly would take it so hard, which obviously made it that much worse.  Regardless, we feel so, so lucky to have family that Waverly adores to keep her occupied while we were gone, & hope she will be fully recovered from us being away by the time a third baby may come along.
At the hospital, the plan was to give me cervadil overnight to help me dialate more, the same exact thing we did with Waverly.  I was cautiously optimistic, they had checked me as soon as we got there & I had dialated on my own since Tuesday to a 1.5, so even though the cervadil did nothing my first labor, I was hoping it would be different this time.  My parents stopped in to see us & then I tried to get some sleep, though it was obviously hard since we were so anxious and unbelievably excited. 🙂 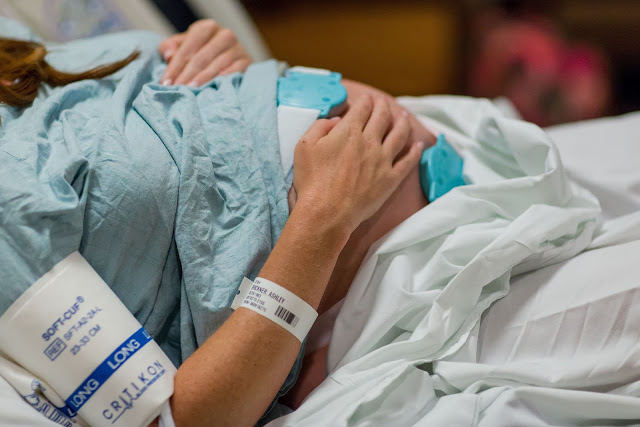 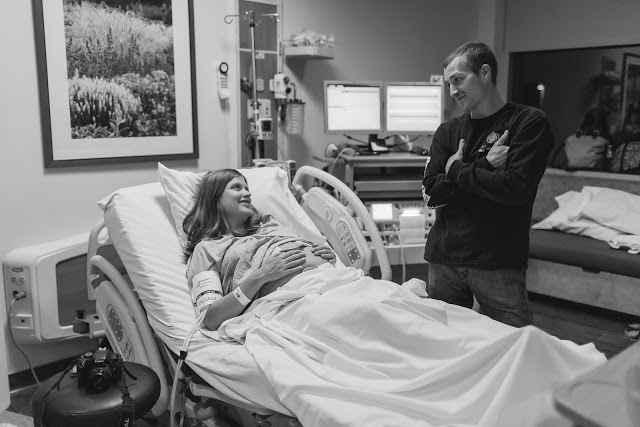 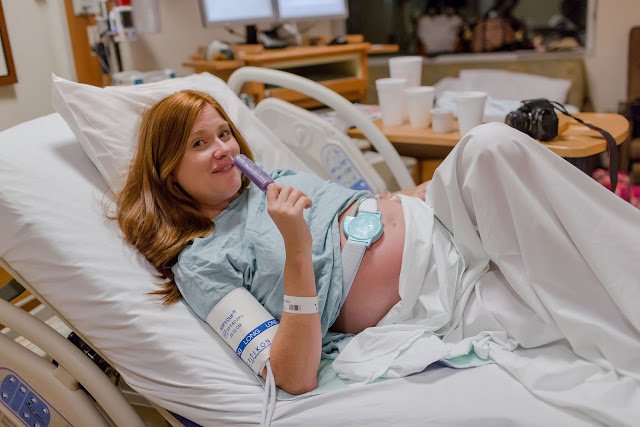 They pulled the cervadil at 5 am & just as I feared, I had no progress.  The cervadil helped me thin a little, but I was still a 1.5.  They went ahead & started the pitocin at 6 am, at that point I tried to remain hopeful & did, especially when the contractions started coming strong and so close together.  Yet when my doctor stopped in around 10:30, I was still a 1.5, & even worse, when she tried to break my water to get things moving faster, I wasn’t even near dialated enough for it to work.  OMG, it felt like my first labor all over again.  I was way disappointed, contractions are obviously hard to deal with (understatement), but they are even harder when you have nothing to show for it.  That was definitely a low point for me, I was convinced I was the worst dialater ever (which really is probably the case), but knew I had to keep trying rather than give up & ask for the c-section.  So they turned the pitocin up (gradually, as high as it would go), & we all hoped for some sort of miracle.
The picotin worked for sure, the contractions got strong, really strong, & though after a few hours I still didn’t show any dialation, we kept going.  Around 5 pm, they gave me some pain medication that was the craziest thing I have ever had in my life.  Seriously, the minute they put it in my IV, I was seeing two of everyone & everything.  It totally freaked me out (& I apologize to anyone who saw me during that time), but it also made me really out of it & I finally fell asleep, so I guess we will consider that a win. 😉  I got the epidural around 1 am & that was when finally, things started moving along.  I was able to relax more & fall asleep for short periods of time, in between my nurse coming in to check me.  I was dialating very quickly after nothing happening for so long, which is so funny because that is exactly what happened during Waverly’s labor.  Apparently that’s just how I roll. 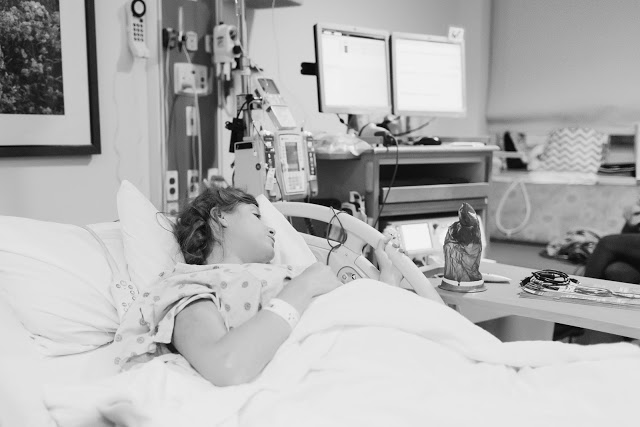 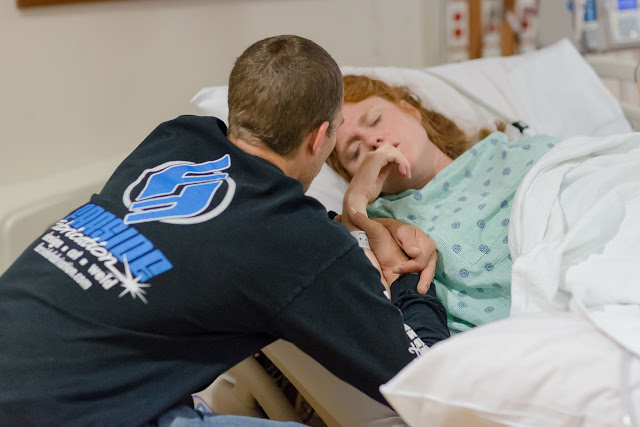 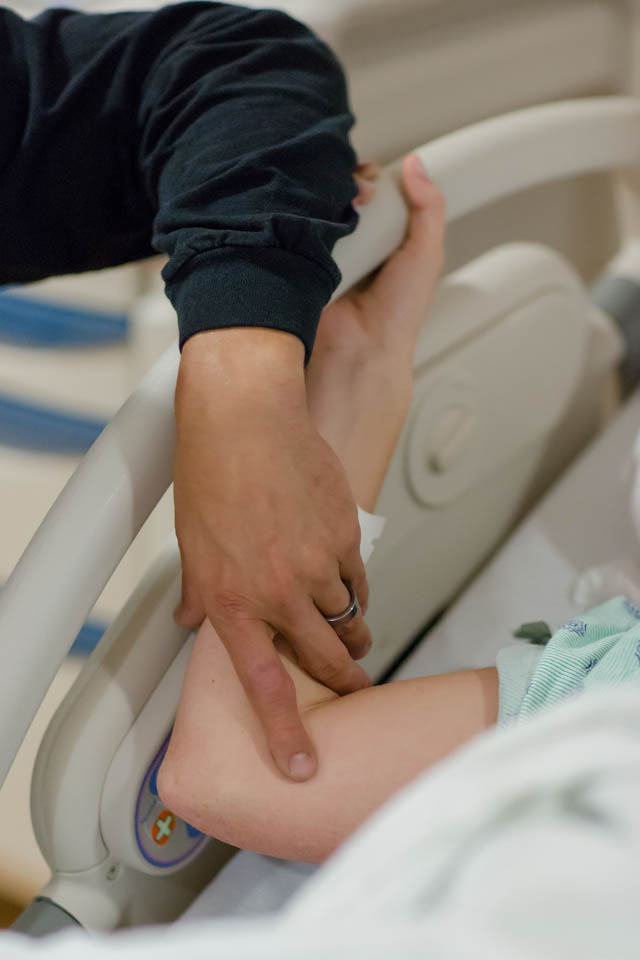 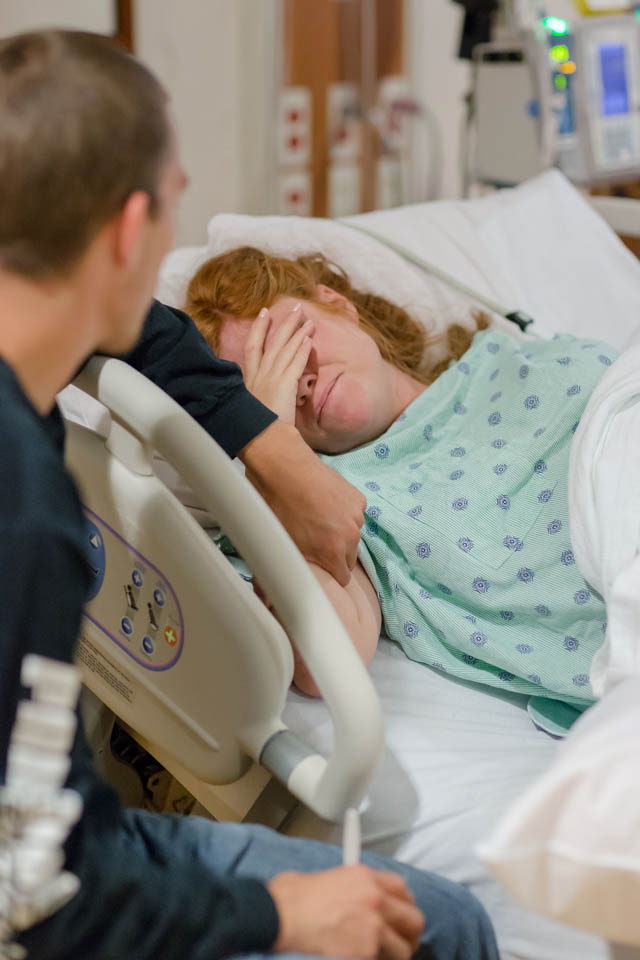 Part two of Avalon’s birth story to come later this week, I tried to fit it all in one post but it just was way too much for anyone to read at once. I guess that’s what I get for having these crazy long labors.


PS – All of the images in this post are taken by the amazing & talented Brooke of Brooke Tucker Photography.  I did not have a photographer for Waverly’s birth (& honestly would have thought that was crazy then), but when Brooke came to me with the idea, I knew how much I would cherish having these pictures to look back on one day.  There are so many more images from our labor & meeting Avalon, some I will share in the next post & some I will keep for just our family, but regardless, I definitely recommend a birth photographer if it is something you are open to. 🙂