Another month of our littlest & life just keeps getting better everyday.  Happy two months sweet girl, you have made these last eight weeks some of the best ones we have ever had!
Avalon’s personality is showing more all of the time, she smiles, coos, and makes the best eye contact now, all of which we are absolutely addicted to!  She loves baths, a tight swaddle, & more than anything, cuddling close & being held.  She really is such a snuggler, it’s my favorite & I hope she never, ever loses that!  At times we are starting to see a little more spunk than the first few weeks, but overall, she is a happy, laid-back baby, with the sweetest demeanor that we just can’t get enough of.

Sleep is going great, Avalon has been sleeping in between 8 & 10 hour stretches at night for the last few weeks, something that didn’t happen with Waverly until she was at least four months old.  We are thrilled, it’s definitely made the transition to two kids so much easier, I don’t feel near the exhaustion that I did the first time around & am so, so thankful for that!  With that being said, naps during the day are much less consistent.  She sleeps on & off but mostly in the solly, she has a hard time falling (and staying) asleep anywhere else.  We are working on it, & hoping to make some progress soon,  but ultimately will take issues with daytime sleep before nighttime sleep no doubt. 🙂

Breastfeeding has been so much easier this time, we are going strong & my supply continues to be way higher than it was with Waverly.  I really love it, it’s so nice to have that time with her, especially since life is a little more chaotic these days.  In other good news, Avalon is starting to tolerate the car seat a little bit better, in the sense that she doesn’t sound like someone is cutting her arm off back there. 😉  She still cries, but not nearly as much, she is getting better at holding her pacifier in to calm her down so that helps.  Now if only I could figure out how to get Waverly’s arm to reach across the seat to hold it in for her, we would really be good to go.  For now, we are totally the parents with the wife in the backseat attempting to calm the chaos, it works & is totally worth it when the hubs is with us.

The girls still look a lot alike (looking at newborn pictures of each of them is crazy, I can’t even tell them apart!).  Yet we think Avalon looks a little more like my husband, especially as she gets older.  Her eyes are getting more blue by the day, her hair seems to be a strawberry-blonde, & her coloring seems to be more of a darker shade than Waverly’s (or mine!).  She is still a peanut, at her two-month appointment she weighed in at just over ten pounds & was only in the tenth percentile for height.  We are in a weird stage for clothes, the newborn stuff is getting small but the 0-3 mostly swarms her, especially in length.  So excited to put her in some of her sister’s old clothes soon, as she grows & can fit into them, having comparison pictures will be so much fun!

Waverly is so, so in love with her little sister, as are we, & life as family of four is just the best.  We love to love you, Avalon Elle, here’s to many more months of happiness with you! 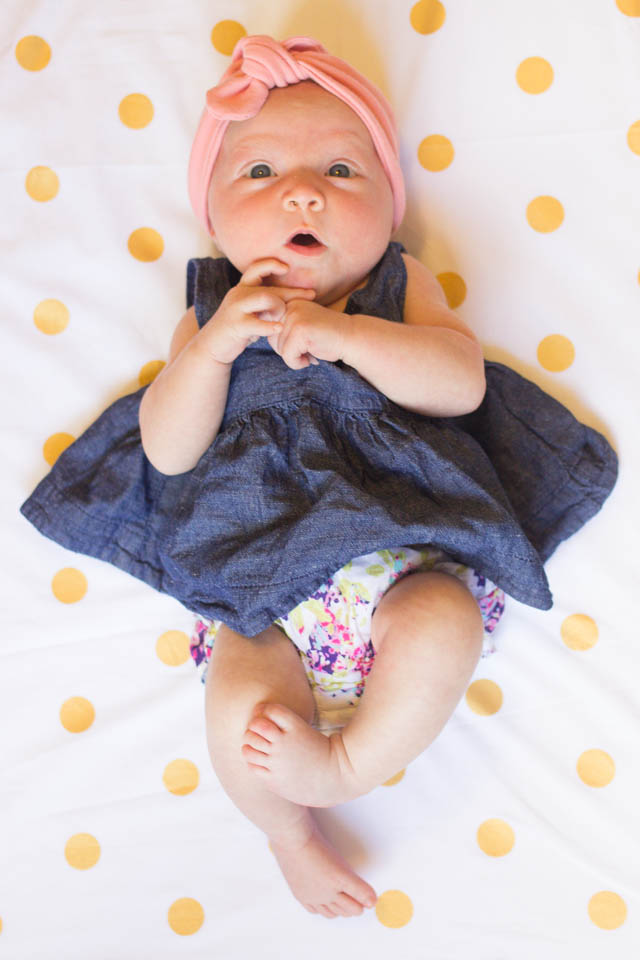 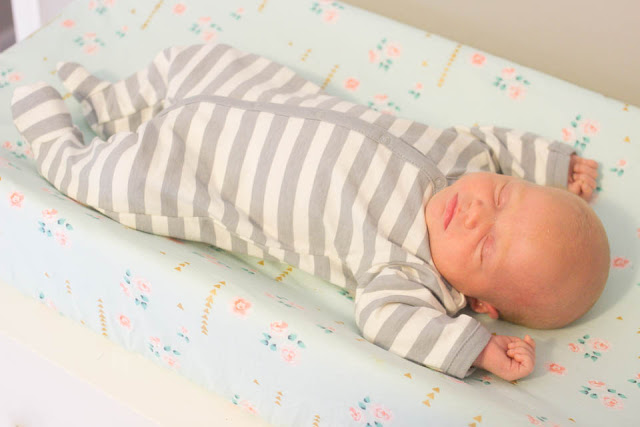 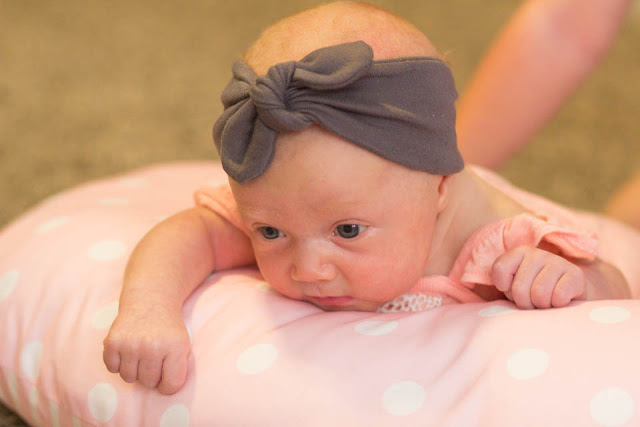 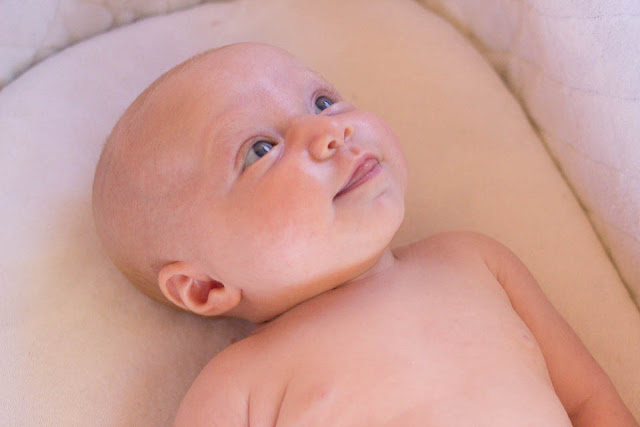 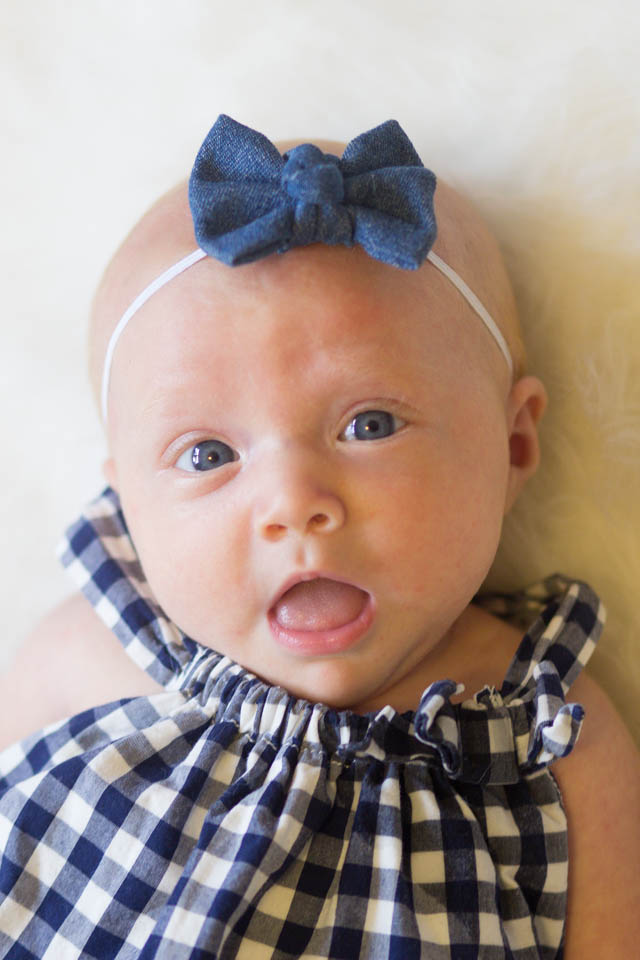 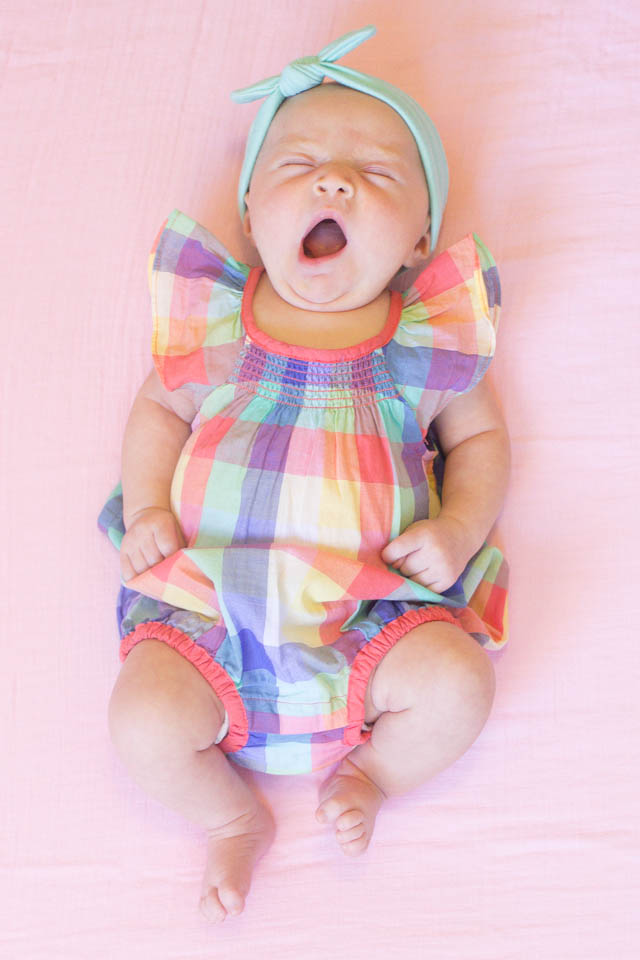 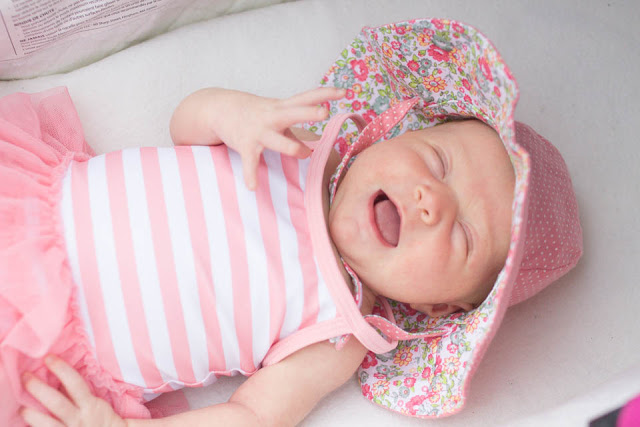 Wishing you all the happiest weekend!
XO