I really haven’t written an update on Avalon since she turned one, I cannot even believe it’s already been four months since then!  At sixteen months, I’m sure she should be considered all toddler by now, but she still feels like such a baby to me.  I don’t know if it’s that she is really little for her age, or that we have a four-year old this time around so she just seems so much younger in comparison, or that she still doesn’t have all that much hair. 😉  Either way, I love it, one of the biggest differences with her from Waverly is that I am in no hurry for the next milestone or for her to grow, I want to embrace every little bit of her “baby-ness” for as long as I can.  Stay little forever. 🙂

Avalon is such a little character, so funny and so, so sweet!  She loves anything with wheels (which daddy loves!) but is also very girly.  Her obsession with shoes is at an all-time high, she cherishes her baby dolls, and tries to steal purses from her big sister anytime she is not looking.  Her favorite thing right now is probably being read to, she spends most of our afternoons picking up one book after another, then coming to sit in my lap to read one page at a time before bolting and then coming back to do it all over again. 😉  She is very cuddly and affectionate, but also always on the go, she’s a climber with no fear and very much into everything.  She can wreck a room in about two minutes flat!  She says a lot more these days and also loves to imitate things we do, like waving bye or saying “shhh” to her favorite baby dolls.  When Waverly is randomly upstairs or I’m having alone time with Avalon, I realize how much she can actually say (because she can fit a word in!).  Some of her go-to’s are dada, mama, sis, cheese, & please.

She adores Waverly and no one can make her laugh harder, but at the same time, Waverly can easily make her more mad than anyone else can.  She definitely holds her own these days and their relationship can be trying at times, but I’m always reminded just a few minutes later when they are laughing and hugging that sisterhood really is the most beautiful thing.

I’ve been hearing how much the girls look alike more than ever lately, but I really don’t see it that much.  Avalon looks so much like my husband to me!  Those chubby cheeks are my absolute favorite, I could just eat her right up!!!!  Life is just so much better with her in it. 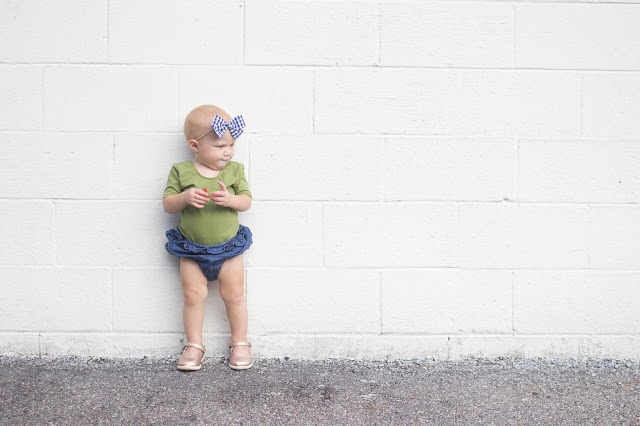 I also wanted to share some details about Avalon’s shoes, they are totally on repeat around here!  Step & Stride recently contacted me about sending the girls shoes, and I was so excited to try out some out, especially for Avalon.  We have so many shoes (like too many) that were passed down from Waverly, but hardly any fit because she has the widest, shortest feet!  We pretty much went without shoes for the summer, but girlfriend definitely needed some options for fall.
The ones that I decided to go with are specifically made for “wide feet”, and they fit her perfectly!!!  They are also so comfy for her to walk around in (and ideal for a new walker), and also are super easy to put on.  Which I appreciate now more than ever since I have two girls to get ready everyday. 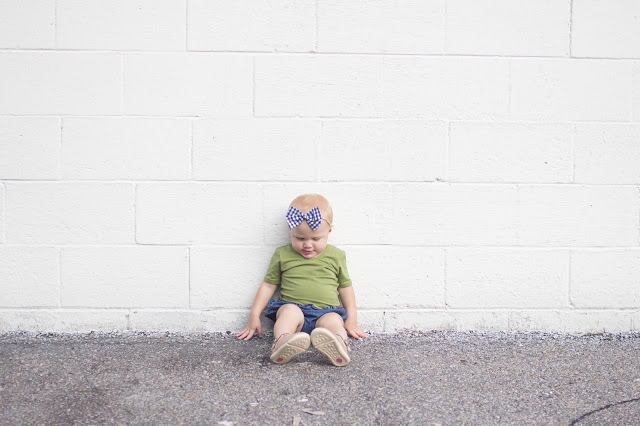 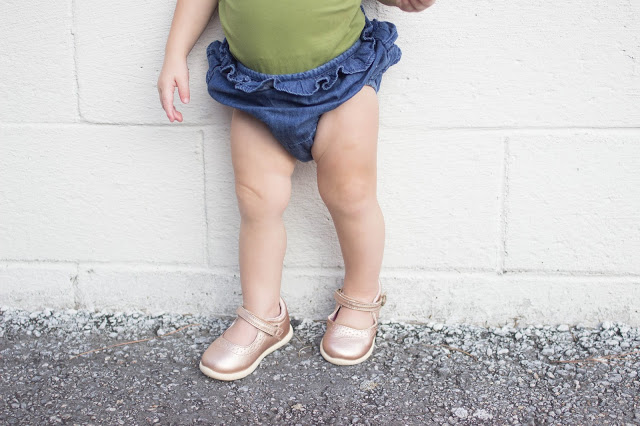 You can find these shoes here, they are called the “Kate”, I will be sharing the ones we got for Waverly soon!  And hoping you all had a wonderful weekend!! XO