Our sweet, sweet Avalon Elle is officially one month old today!  This month has flown by in the best way possible, I was definitely nervous about the transition from a family of three to four, especially in the last weeks of my pregnancy, but life with Avalon is pretty amazing.  She is the most perfect addition to our little family & we all just can’t get enough of her. 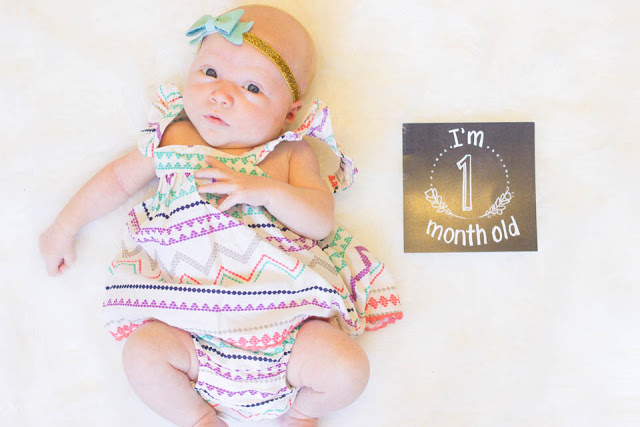 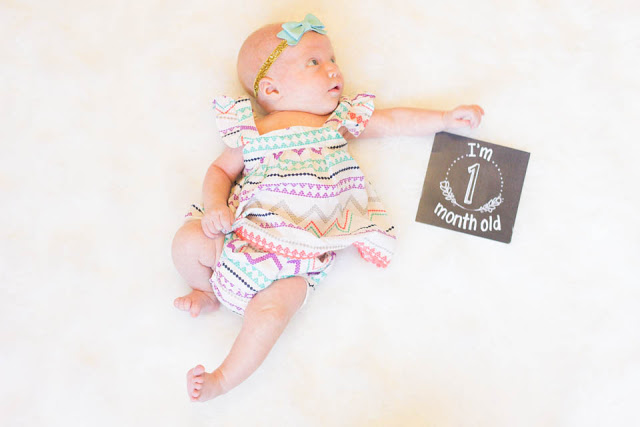 From the moment we met her in the hospital, Avalon has had the most laid-back disposition.  She doesn’t cry much, if at all, the only thing we have found that she really doesn’t like is the car seat.  Above all else, she loves to be held, all of the time, & is one of those babies that will snuggle in tight to you & drape her arms over your shoulders.  The best.  She also adores her baths, she will just sit in the tub with her little eyes wide open, as content as can be for as long as we keep her in there.

Like most newborns, most of her days consist of eating & sleeping so far.  Breastfeeding is going really well, way better than the first time, which I think is probably because I am so much more comfortable with it this time around.  Avalon is very much a “cluster feeder”, she likes to eat just a little bit about every hour, so I pretty much feel like my boob is out on display most of the day.  I can’t complain though, she is such a good sleeper, so much so that we called our pediatrician concerned she was sleeping too much (who told us to enjoy it while it lasts!).  She naps throughout the day in between feedings & short awake periods, and the last couple of weeks, has been sleeping six hours straight, up to eat, and then down for four more.  Honestly, she would probably sleep even more than that each night if we didn’t wake her, we think it’s pretty amazing & that she just might trick us into having five more kids. 😉

Waverly & Avalon’s newborn pictures are pretty close to identical, they really look so much alike that we feel like they are actually twins, just a few years apart.  Avalon’s hair is a little lighter than Waverly’s was at this point, but it has a hint of red in it so we think she will most likely be strawberry-blonde like her sister.  They both have blue eyes & really similar features, some of Avalon’s look a little more like her dad’s but I guess only time will tell.  Other than their looks though, they are very different in a lot of ways, it will be interesting to see Avalon grow into her personality in the months to come!  Regardless, I know the girls will be the best of friends, Waverly really is so good with her & Avalon’s first little smiles this week have all been for her older sister. 🙂

And some pictures from Avalon’s first month … 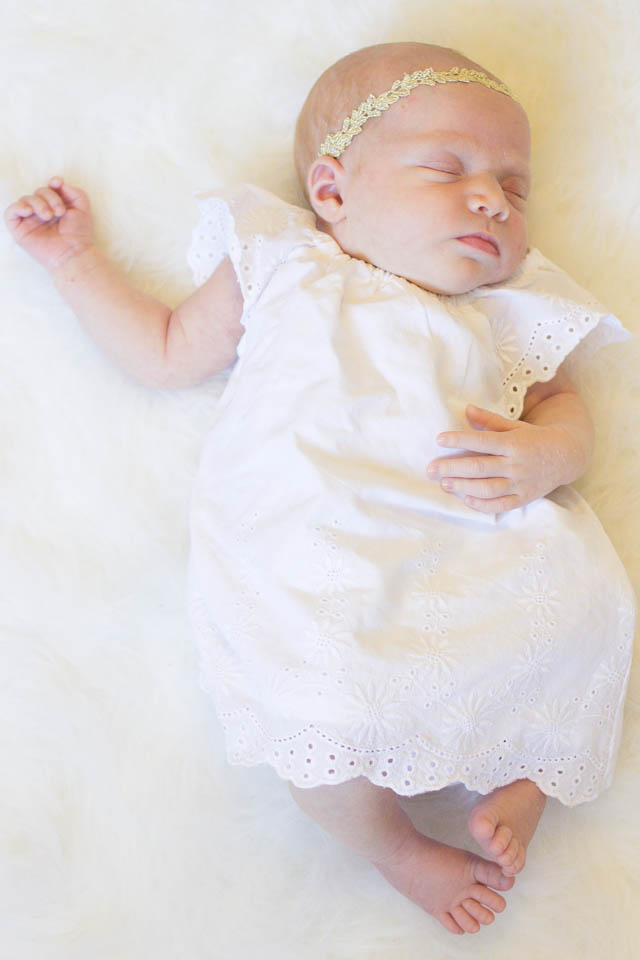 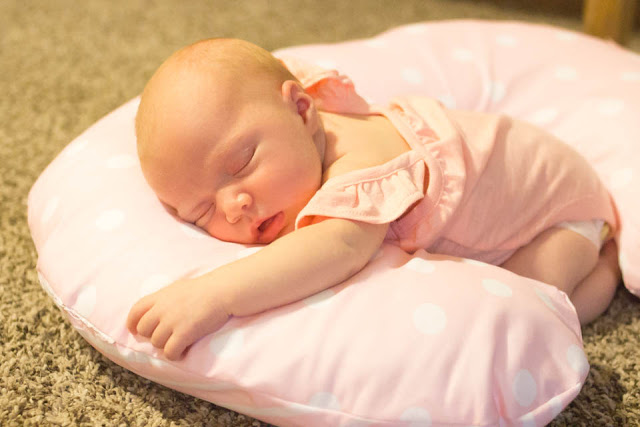 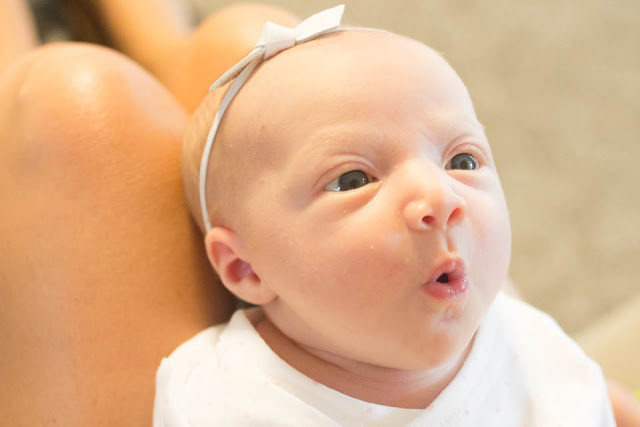 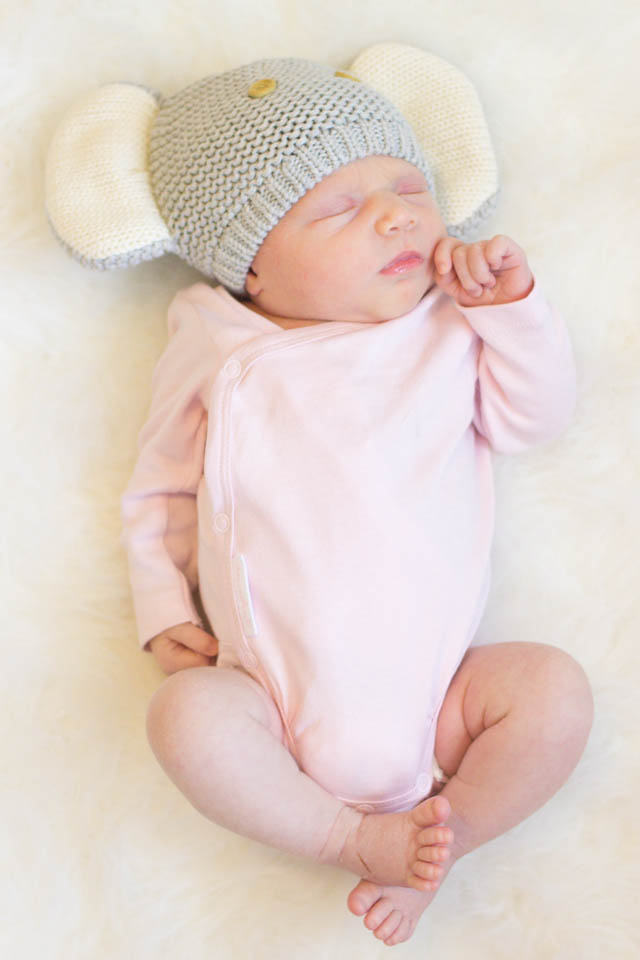 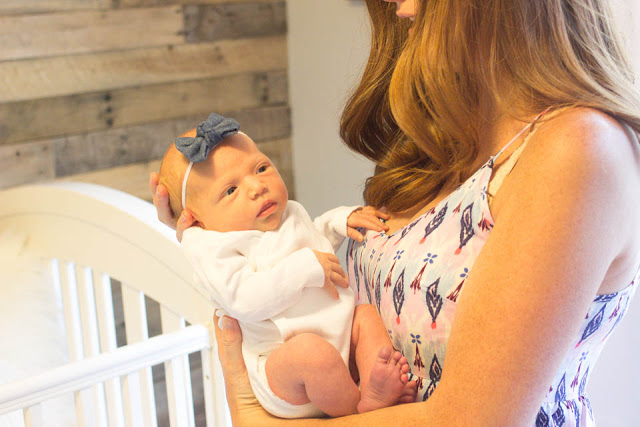 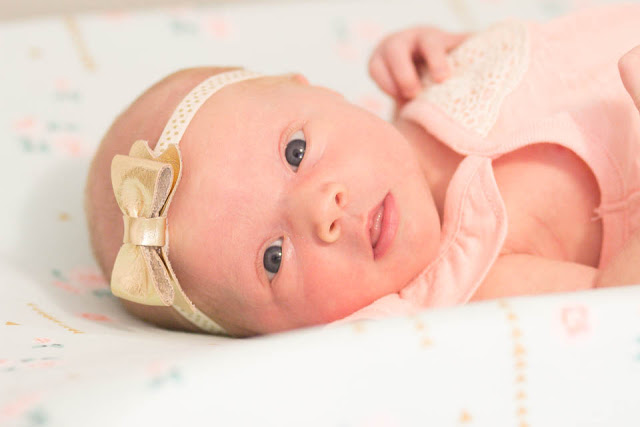 Avalon Elle, we love you so much & already can’t imagine life without you in it.  Thank you for being ours.
XO