Eight months of pure bliss with this delicious bundle of joy! 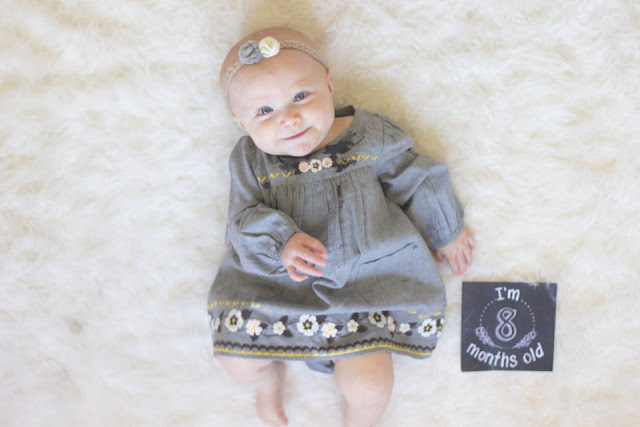 It’s been another fun month with our littlest baby love.  She is just the sweetest thing ever & definitely the kind of baby that tricks you into having five more because she is THAT good.  Just happy go lucky, smiley, easy to please, and all around sweet.  Her favorite things include being around people,  having her hands/mouth on anything & everything, and eating. So obviously, her least favorite things include not being within eyesight of someone (like don’t even think about it!), having something she wants taken away from her, or being hungry.  Above all else,  she is obsessed with her big sister, there is no one who can make her laugh harder or smile bigger than Waverly.

Avalon crawls like a BOSS.  She’s crazy quick these days & is now pulling up, most recently she can get to a standing position and loves it!  She can wave bye-bye, which is precious, and can really copy most things we do.  She babbles and says “dada”, she doesn’t know what it means yet but does it all the time!  To us, it seems that she picked up on the physical milestones a little quicker than Waverly & waited just a bit longer on the verbal ones.  Which really makes sense since she had to crawl to keep up with her and really can’t get much of a word in, also because of her. 😉

Eating is going soooo much better and I laugh even thinking about being worried about her liking food a couple months back.  Avalon is tiny, but she LOVES to eat.  Her favorite food is yogurt, she also loves peas & bananas, and lately we have been making toast for her to munch on.  She eats some sort of meal three times a day and would probably eat more if we let her!  With that being said, we are still breastfeeding, but it’s definitely become more challenging.  She gets distracted easily, especially during the day when Waverly is around, so she just seems all around less interested.   I still try to pump most days but my supply is definitely going down, so I’m still hoping we can make it to one year.  We shall see!

Generally, nighttime sleep is still going well, she sleeps from about 7-4, eats once, and then is back down until about 7:30 am.  Naps are still a much different story, way less consistent & very unpredictable.  If we go off her schedule at all (which is likely with big sister), it’s really hard to get her back on track.  Some days she doesn’t see much sleep at all but I am trying to embrace it and work through it.  Ultimately, I would much rather take a babe that doesn’t nap well than one who doesn’t sleep through the night, so there’s that.

Avalon still does this bottom lip thing that I’m obsessed with, she always keeps her tongue out, and also, she has these little dimples on her hands.  Three things I never want to forget.
We absolutely adore you Avalon, happy eight months! 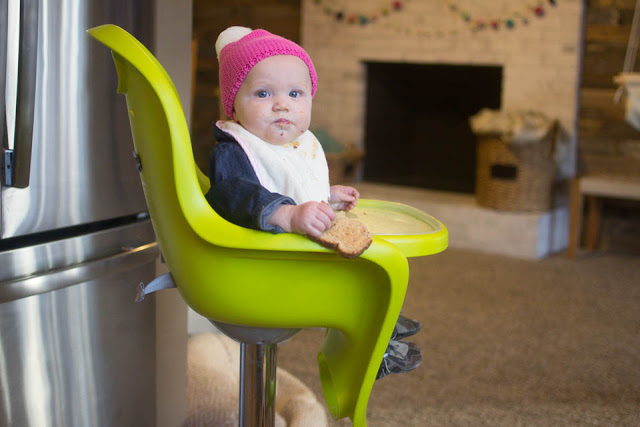 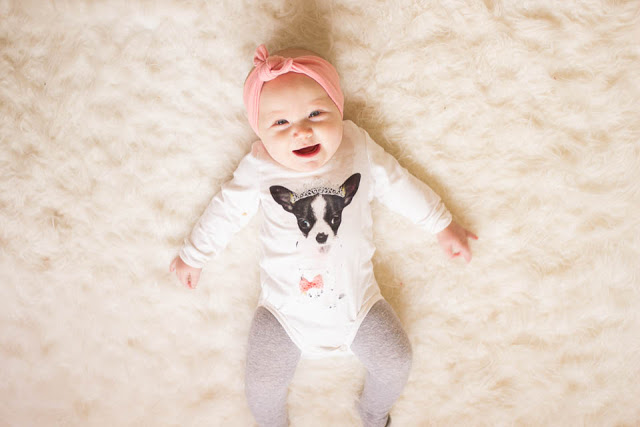 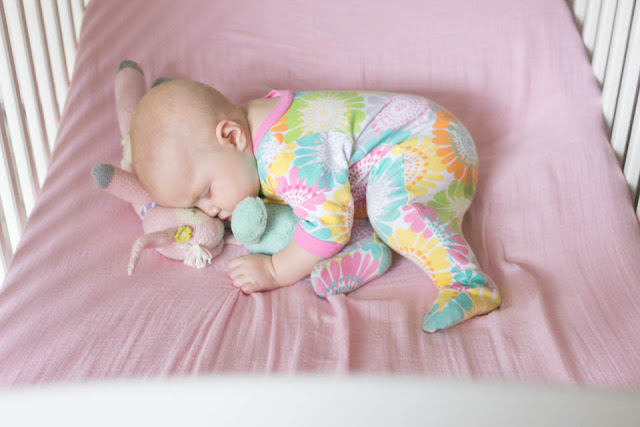 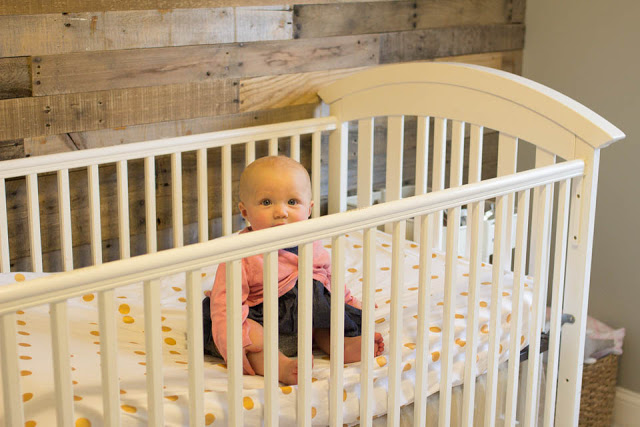 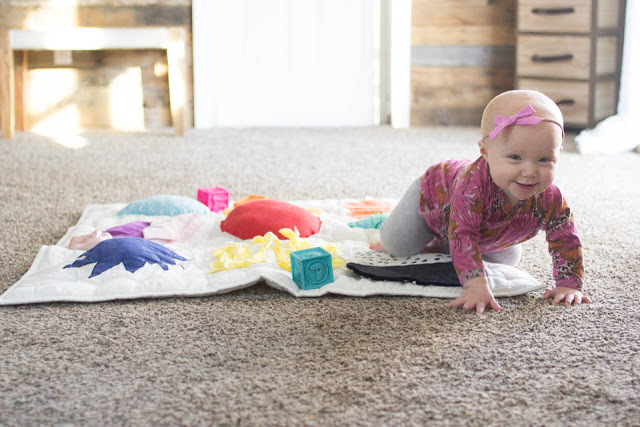 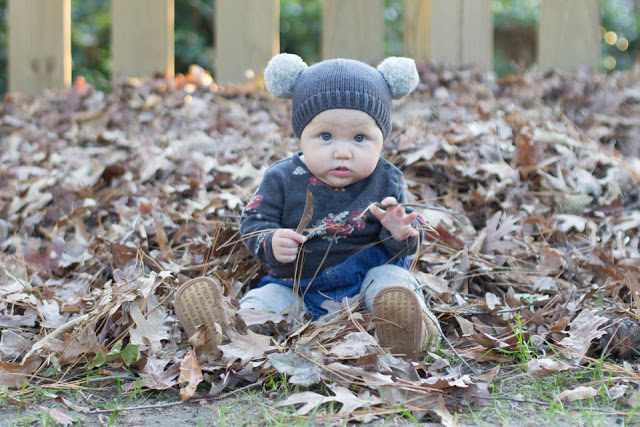 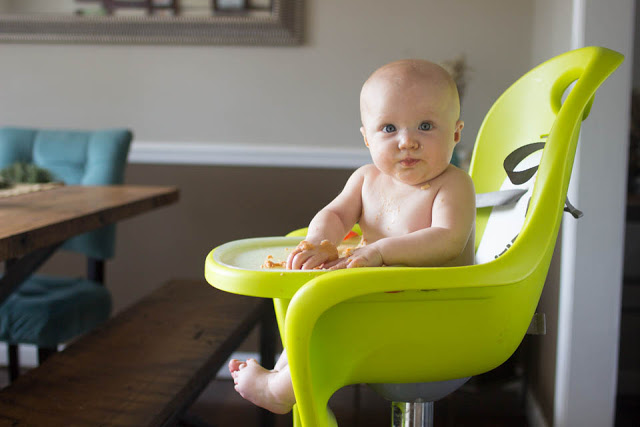 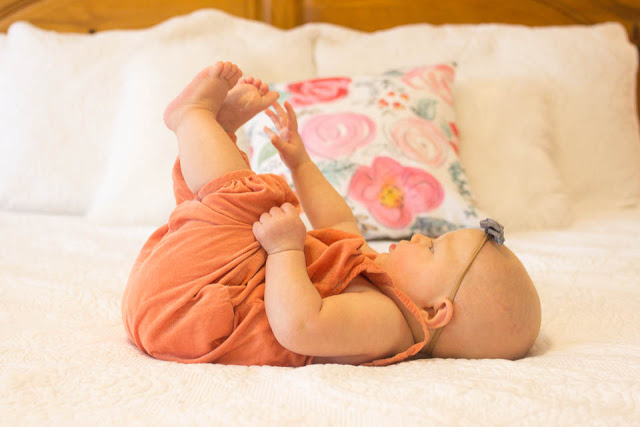 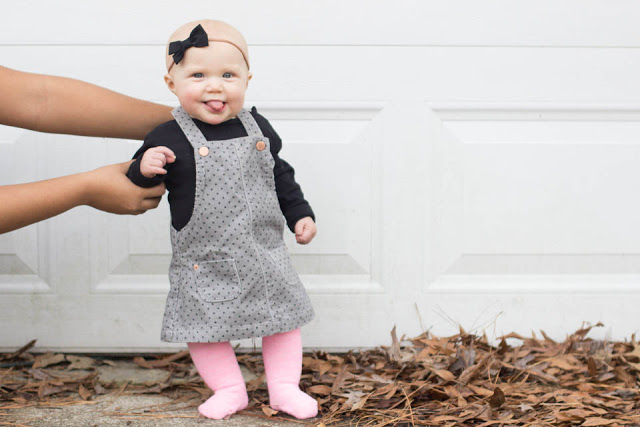